Before we plunge headlong into 2019, here’s a quick recap of some of our most-read articles on ArtsEquator, in ascending order.

10. Nathalie Johnston: Creating a home for contemporary art in Myanmar by Victoria Milko

“Artists won’t do whatever they want if [the funding] requires them to have a certain message or style,” she says. “I don’t require the artists to make work that will sell – they don’t need to have a particular subject matter or address particular issues in order to come here. They just have to be willing to have a conversation with me.”

“To me expressivity is not outwards, it’s actually in, in, in, in, and in, and then out. … I’m very happy when someone tells me “I cannot talk right now.” – then I know it came across.”

Choreographer Astrid Boons talks to ArtsEquator writer Bernice Lee about introspection, nothingness, her inspirations and her show Vestige, ahead of its staging at M1 Contact Contemporary Dance Festival on 3 & 4 August at Esplanade Theatre Studio, as part of Binary – International Artists Showcase, in a double bill with Shamel Pitts’s Black Velvet. Here’s a review by Chloe Chotrani of the double bill.

Corrie Tan revisits history with The Theatre Practice’s ambitious, site-specific “Four Horse Road”, which ran throughout April at 54 Waterloo Street – looking at how its multicultural and multilingual aspirations stumble in its presentation of language and constructions of race.

“This production does make a profound effort at excavating the histories of the neighbourhood it occupies, and has combined that sweep of storytelling with the polyglot nature of Singapore’s development. In doing so it has also become symptomatic of more endemic issues and attitudes towards race and ethnicity in Singapore, where the country is often celebrated as having triumphantly navigated a choppy history of interracial interactions and one that has been completely successful in doing so, rather than a work in progress. One might argue that Four Horse Road presents race relations as they were in the past – why penalise a production for conveying past sentiment? But I think that way this production frames these histories and stories can either perpetuate its problematic nature, or question them and reflect on how and/or whether or not they have changed.”

Eugene Tan (also known as Becca D’Bus) celebrates a Singaporean drag icon’s birthday and considers the scene from which she came, its history, cultural imperialism and more in his insightful review of “Kumar50”, presented by Dream Academy at the Capitol Theatre in Singapore from 28 February to 11 March 2018.

“Since Kumar burst on the scene, drag in Singapore has grown in many different directions, but perhaps the most heavily felt forces on the scene in recent years have been the arrival of Lady Gaga and her coterie of gender-fucking Little Monsters, and at the same time, the emergence of RuPaul’s Drag Race. Drag in Singapore has gotten a massive shot of (mostly) American influence. As is the case globally, drag in Singapore, which has largely formed around specific local contexts and idiosyncrasies, is now also dealing with the forces of globalisation. This isn’t merely in terms of the music that is performed, but in terms of aesthetics, gender politics, and references. Marry this with a seemingly endless well of Singaporean cultural cringe, and what has emerged is an unfortunate narrative of imported drag acts (mostly alumnae of RuPaul’s Drag Race) somehow being more progressive than or superior to what was born here.

But is it? Kumar identifies as a gay man, in what would generally be thought of as classically glamorous feminine drag. But it’s not that simple. Kumar’s drag name is also his very masculine legal name. She stands on stage and refers to herself as a gay man. Kumar wears neither hip pads nor breasts. There is a constant and consistent reminder that the illusion isn’t real, and indeed an insistence on a kind of gender-queerness about her gender presentation. She’s been a gender-fucker long before Lady Gaga had a poker face. That’s actually quite radical.”

6. “Underclass” twists the knife in your middle-class guilt by Corrie Tan

“Underclass is a collision of the idealism that a single theatre production has enough force to transmute its ideas into practice – and the skepticism that the audience will be entertained but inert, patting themselves on the back for having watched a fiery, political piece of theatre, a fire rapidly extinguished as they leave the theatre, go out for supper and continue in the routines of daily life.”

“Underclass”, a collaboration by The Necessary Stage and Drama Box, opened to a sold-out three-week run in May. Corrie Tan reviewed the production for ArtsEquator. Listen to her interview with directors Alvin Tan and Kok Heng Leun together with sociologist Teo You Yenn here.

Released in Malaysian theatres on 6 September, director Nam Ron’s critically acclaimed film, “One Two Jaga: Crossroads” was screened at the Singapore International Film Festival on 4 December. Daniyal Kadir reviewed the film for ArtsEquator in conjunction with its Malaysian release; we later published an English translation of his review ahead of its SGIFF showing. 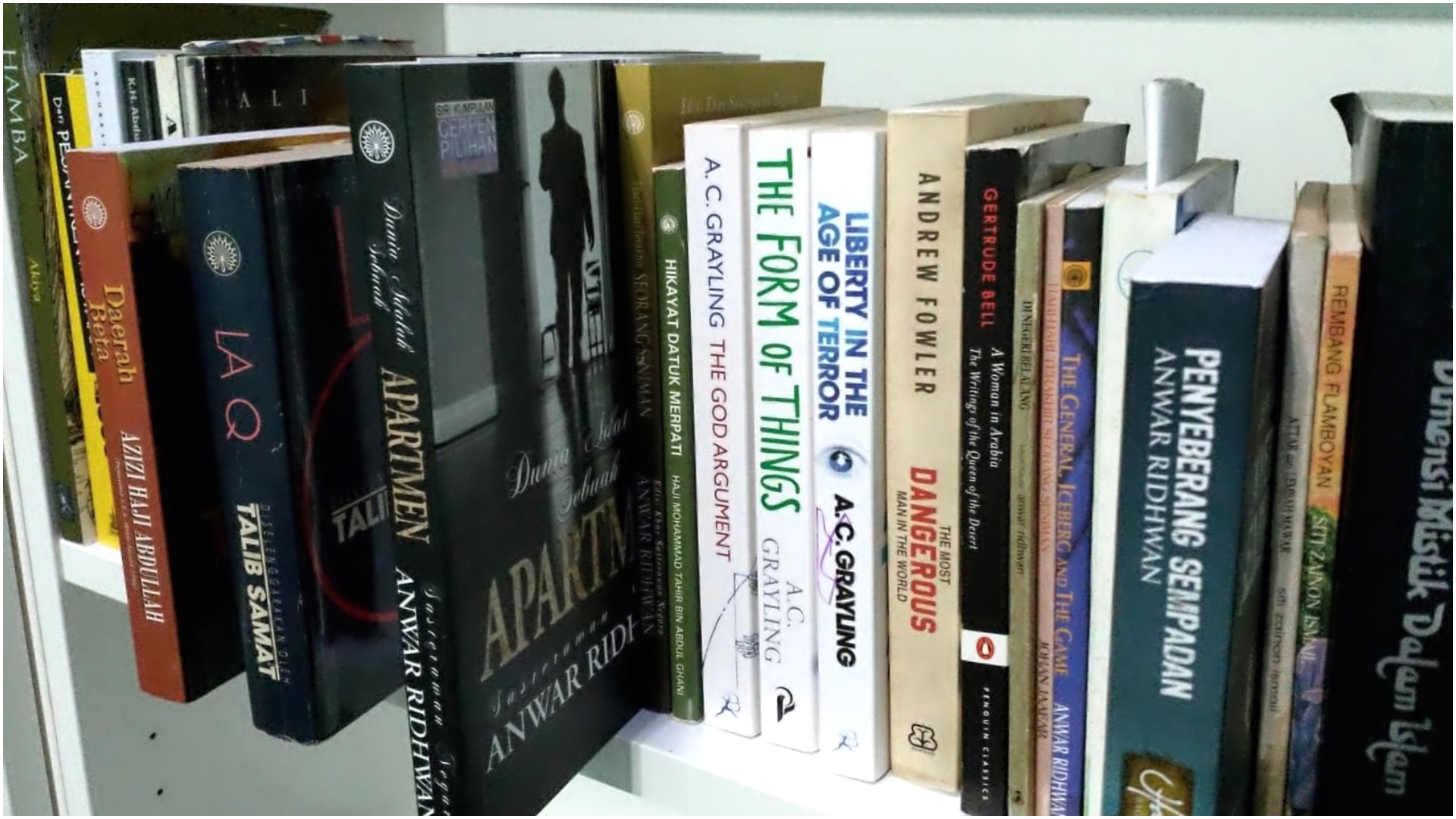 4. The Problem with Literature in New Malaysia by Faisal Tehrani (translated into English by Kathy Rowland and Nur Athirah Binte Abdullah)

Malaysian writer Faisal Tehrani wrote an essay for ArtsEquator sharing some of his concerns regarding literature in Malaysia. (This is an English translation of an article originally written in Bahasa Melayu. Here’s the original article.)

“Literature must be a bridge of unity. Malaysian literature today however, as I mentioned, is like literature that belongs to individual communities.” 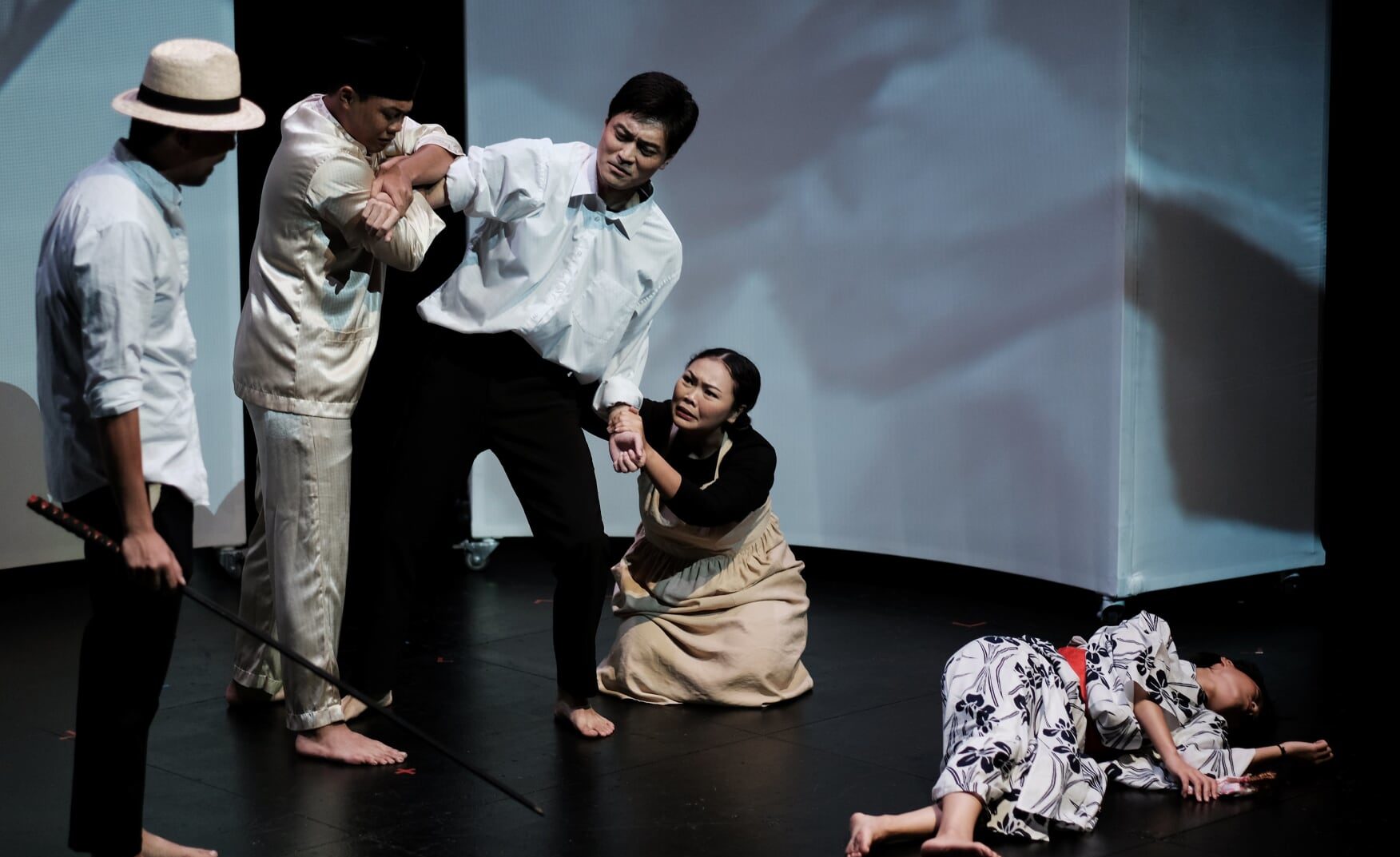 3. “Tiger of Malaya”: The Body Remembers What the Archive Cannot by Corrie Tan

“It’s a play within a film within a play, it’s a piece of film criticism, it’s a research paper on history and representation strutting about in clever theatrical disguise – it’s a work so delightful and sophisticated in its reflexivity and subversion … ”

“Tiger of Malaya” was written by Alfian Sa’at and directed by Mohd Fared Jainal, staged at the Drama Centre Black Box, inside the National Library Building, Singapore, from 12 to 23 September 2018. Corrie Tan’s response to the play serves as an incisive breakdown of the play’s exploration of the body, and performance, as archive.

We also published a theatre podcast on the same play, featuring guests Charlene Rajendran and Naeem Kapadia joining host Matt Lyon for a conversation that revolved around the play’s themes of historiography and cultural/ethnic representation.

2. What the Arts in Malaysia Needs: More Transparency, Less Intermediaries by Kathy Rowland

On the cusp of changes in Malaysia, Kathy Rowland penned an urgent essay on the need for more accountability in the arts in Malaysia.

“More to the point, the singular push to commodify arts and creativity failed to understand the historical role of the arts in Malaysia as sites of criticality, resistance against abuses of power, social inclusion, community engagement and nationhood.”

1. “Press Gang”: confessions of yet another ex-ST journalist by Corrie Tan

Corrie Tan, former arts correspondent at The Straits Times, shares her personal take on “Press Gang”, written by Tan Tarn How and directed by WILD RICE’s Ivan Heng. It was staged at the Singapore Theatre Festival 2018 held at LASALLE College of the Arts, and, as Corrie describes, “pulls back the veil on the truths and assumptions made about what’s often been referred to as the ‘government mouthpiece’ … ”

“Press Gang has so much to say that it tries to say everything, and shout it incredibly loudly – as if every line were a headline and a nut graf. But, but. Despite these structural and dramatic problems, I couldn’t help but feel a deep admiration at Press Gang as a tell-all that marries Tan Tarn How’s love of satire with his real-life experiences. Even if these two elements are roughly sutured together, the play is stuffed with urgent and necessary discussions. […] Press Gang works as a sort of ST 101, slipping in reveals about advertising revenue, the murk of OB markers, the codependent relationship between the state and an ostensibly private news corporation, and the newsroom territorialism as beat reporters, younger upstarts and long-time editors scuffle over scoops…“