ArtsEquator Ltd. is an arts media company that values and promotes Southeast Asian (SEA) regional art practice. It is committed to developing arts writing and criticism which identify Southeast Asian creative practices as part of, rather than adjunct to, global contemporary arts.

Our aim is to build an arts media organisation that cultivates and grows arts criticism in SEA amongst our principal stakeholders – arts makers, arts critics and arts audiences. We hope to foster inter-regional links between our stakeholders in Singapore and Southeast Asia.

ArtsEquator Ltd. is a Charity, registered in Singapore.

Support the work of ArtsEquator with a one-time or monthly donation. Your donation will keep us going in the face of a decline of arts coverage and funding for such coverage.

ArtsEquator values free speech and commits to not removing user comments without just cause.

Members of the public can comment on articles posted on the website as well as on our social media platforms. We want to keep the conversation going to build a community that is open to dialogue, deep discussions and diverse opinions. But let’s also make it a safe and respectful space for everyone. We reserve the right to remove comments that are:

ArtsEquator is a Singapore-registered charity (UEN No: 201701329M), governed by a five-member Board of Directors: 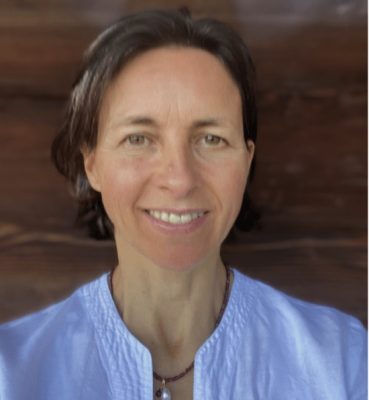 Jenny Daneels, Co-founder, Chairman of the Board & Member

Jenny did a one month traineeship with Grameen Bank in Bangladesh in summer 1991 which had a deep effect on her. It was the 3rd year traineeship for the French business school of HEC, and it showed her in no uncertain way the power of individuals to turn their lives around, and the power of social enterprise to serve society. Moving to Hong Kong she then worked for two years for Asiamoney, the Asian arm of Euromoney, covering Asia, then worked as a financial analyst for WI Carr covering Bangladesh and the Indian subcontinent. Moving to Malaysia in 1996 to start a family she wrote as a free lance business writer for Asian Business, CFO Asia and a few other publications. She started the Malaysia arts web-site kakiseni.com with Kathy Rowland in 2001, as well as the Boh Cameronian Arts Awards. She moved to the Welsh order in 2006, had her fourth daughter in 2008, co-founded the mental health charity the Cart Shed in 2011 with two friends (she is still a director and a sponsor) and ran the Out Of Nature sculpture show in 2013, 2015 and 2017. In 2016 she co-created with Kathy Rowland ArtsEquator.com, Kathy running the operations, Jenny providing the initial operating cash flow and ideas and feedback. ArtsEquator.com became a charity in 2020 with a dedicated board of directors. Jenny is also involved with the Black Mountains College, an alternative college starting operations in September 2021. 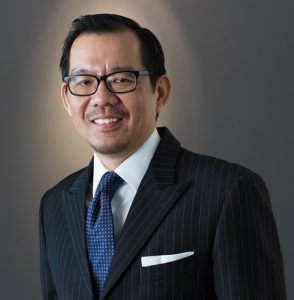 Daniel has over 20 years of experience in financial services. Over 15 years of which were spent making and managing private equity investments across multiple industries in South East Asia. Including but not limited to manufacturing, healthcare, food and beverage, oil and gas and retail sectors.

Most of Daniel’s professional career was spent at CIMB Investment Bank, Malaysia, where he was for a total of 16 years. He was responsible for the establishment of CIMB’ private equity arm in early 2000 and the formation of two private equity funds.

As a senior member of CIMB Private Equity, Daniel sat on the board of directors of five portfolio companies. He is a Malaysian citizen and a permanent resident of Singapore since 2011. 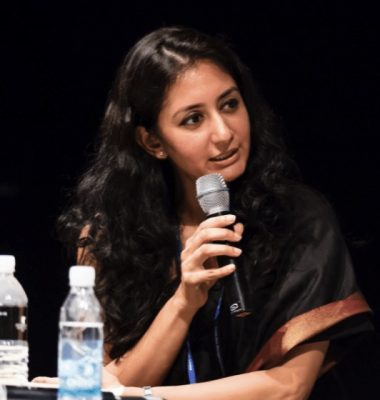 Anupama Sekhar as IFACCA’s Director of Policy and Engagement. She was previously the Director of the Culture Department at the Asia-Europe Foundation, where she delivered international collaboration projects connecting cultural professionals, arts organisations and public agencies from over 50 countries.

Since 2015, Anupama has been a member of the UNESCO Expert Facility on the Governance of Culture for the implementation of the 2005 Convention. She holds degrees in English Literature and International Studies. She is a trained dancer in the Indian classical style of Bharatnatyam. Prior to joining ASEF, Anupama worked with the International Labour Organisation and with independent arts spaces in India. Originally from India, Anupama is currently based in Dubai. 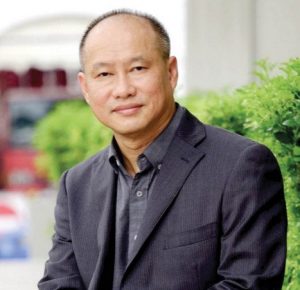 Koh Chye Hock currently serves as a Chief Legal Counsel (China) to Chevron. Prior to this, he was Legal Director at Unocal. Koh Chye is the Chairman of the Board for Philharmonic Winds (PhilWinds), a non-profit wind instrument orchestra in Singapore. He is also on the board of trustees of the Business Times Budding Artists Fund and a member of the Sengkang Hospital ethics committee. 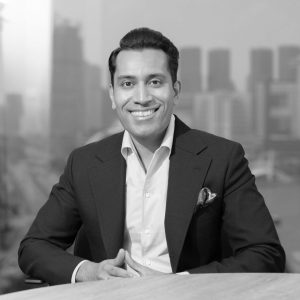 Naeem Kapadia is a banking professional and dual-qualified lawyer with over a decade of experience in structuring, negotiating and documenting loan products. His portfolio spans loan syndications, asset finance, export finance, leveraged and acquisition finance, fund finance and sustainable finance. Naeem started his career as a banking and finance lawyer, working at international law firms in London, Paris and Singapore. He then moved in-house, serving as Legal Counsel of a major European bank. He is currently part of the Loan Structuring & Execution team at Australia and New Zealand Banking Group Limited, providing deal structuring advice and end-to-end transaction management support across its Corporate Finance business.

Naeem is also an established arts reviewer and commentator who has been writing critically about theatre in Singapore since 2011. He runs a dedicated theatre blog, Crystalwords (crystalwords.blogspot.com), has contributed theatre reviews to publications such as arts journal The Flying Inkpot, Singapore newspaper TODAY and arts media company Arts Equator and participated in panel discussions for organisations like Centre 42. He currently sits on the Board of Directors of Arts Equator and also co-hosts a theatre podcast for the site.

Marion F. D’Cruz graduated with a BA in Performing Arts and an MA in Dance from Universiti Sains Malaysia. She has studied traditional, modern, and contemporary dance in Malaysia, Singapore, Indonesia, London, and New York. In 1983 she formed Marion D’Cruz and Dancers, who have performed extensively both locally and internationally. Marion began dancing at the age of six and started making dance at 16. One of the pioneers of contemporary dance in Malaysia, her work has gone through many phases – the search for a Malaysian identity in contemporary dance, the socio-political commentary, working with ‘non-performers’, the democratization of the artistic space. Marion continues to break many rules in search of interesting projects that empower performers and audiences alike. More recently, she has been creating unique performance structures that allow artists and non-artists to come into and tell their stories. 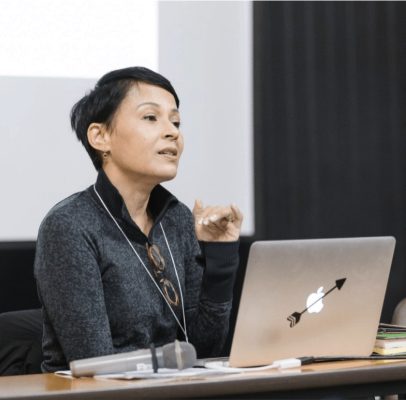 A chance encounter with a commedia dell arte troupe led Kathy Rowland to a career in the arts, where she has spent over 25 years, running arts and culture programs and arts media platforms. Her main areas of interest are arts media and freedom of expression in the arts. Her articles on the politics of culture have appeared in publications in Hong Kong, Malaysia, Singapore, the US and South Korea. Kathy edited and introduced Staging History: Selected Plays from Five Arts Centre 1984 – 2014 (2015), Huzir Sulaiman: Collected Plays 1998 – 2012 (2013) and Krishen Jit: An Uncommon Position, Selected Writings (2003). Kathy has produced theatre and visual arts events in Malaysia, Singapore, South Korea, New York, Australia and Thailand.  She is the Founder and Lead Researcher in a theatre archive project, MyArtsMemoryProject run by Five Arts Centre Malaysia. She was a member of the International Programme Advisory Committee of the 8th World Summit on Arts and Culture, held in Kuala Lumpur in 2019. Born and raised in Petaling Jaya, Malaysia, she now calls Singapore home. 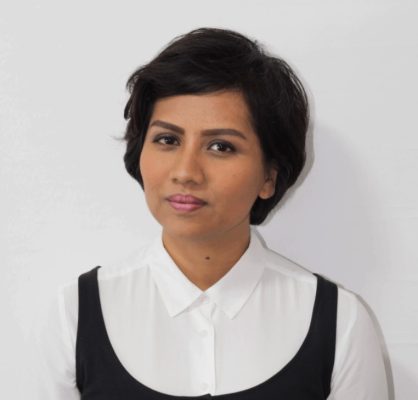 Nabilah Said is a Singaporean playwright, editor and poet. As a former arts correspondent for The Straits Times, Nabilah covered the theatre, dance and lifestyle beats, and helped organise the Life! Theatre Awards from 2015-2017. She also has six years’ experience as a communications professional in the government and arts sector. She enjoys arts writing and criticism, particularly those that experiment with style and creative form. Her plays have been presented in Singapore and London by Teater Ekamatra, The Necessary Stage and Bhumi Collective. She is the co-founder of international theatre collective Lazy Native, which champions Southeast Asian voices and narratives. In 2016 she founded Main Tulis Group, Singapore’s first collective of playwrights writing in Malay and English. Nabilah holds an MA in Writing for Performance from Goldsmiths, University of London. 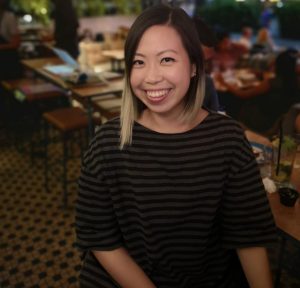 Corrie is a writer, editor and researcher from Singapore. She was previously an arts correspondent and theatre critic for The Straits Times, Singapore’s national English-language broadsheet. Corrie has also written about theatre and performance for The Guardian, The Stage, Exeunt, and BiblioAsia. She regularly facilitates workshops and participates in panels on writing and performance with organisations such as the Singapore Writers Festival, Esplanade – Theatres on the Bay, the Asian Dramaturgs Network, Intercultural Theatre Institute, and Centre 42, among others. She is especially interested in new modes of theatre criticism, audiences and spectatorship, theatre in site-specific and public spaces, and participatory performance. She is currently a doctoral student in theatre studies on the joint PhD programme between the National University of Singapore and King’s College London.