10 Things You Should Know is a series of short animated videos on aspects of Malay culture and heritage, made in partnership with Wisma Geylang Serai.

In the first video of this series, we share 10 things you should know about Malay traditional dance, known as tarian. The video features research by Soultari Amin Farid, illustrations by Joy Ho, animation by Jawn and music by Sri Mahligai.

The accompanying text below, prepared by Soultari, includes more facts for an in-depth look at the form.

1. Malay Dance or “tarian” in Malay is a term that represents a variety of cultural, folk, court, ritual and staged dances of the Malay archipelago.

2. In Singapore, there are five staged folk dances that are actively practised.

3. The five dance forms are noted for their distinct music and rhythmic accompaniments.

Asli: The Asli is the slowest amongst the three music/dance genres of the Ronggeng Repertoire (trio of Asli, Inang and Joget). It was usually performed in the Bangsawan, during scenes in which characters are lamenting about their fate or for lovers who yearn for one another. In a Ronggeng event, the Asli is usually the moment when dance partners are warming-up and getting to know each other.

Inang: The Inang is usually of moderate tempo and the dances created for this dance music/genre is highly gendered because in the Ronggeng repertoire, after the Asli, the Inang is when the courting begins. Male dancers would demonstrate their prowess through silat gestures and female dancers would portray their bashful and demure nature through the gestures depicting flowers. In both the Asli and Inang, the lenggang, which is a series of walking-like movements and manipulation of the upper limbs and fingers, is a core movement.

Joget: The Joget is understood to be a Portuguese-derived dance and has the fastest tempo in the Ronggeng repertoire. Usually depicted as an ecstatic and jovial dance form, the Joget is usually performed to close an event, as the popular tandak movement, of skipping heel and toe, brings great joy onto the dance floor.

Masri: The Masri practised in Singapore remains an enigma because of distinct differences with Malay dance practitioners of Malaysia and Indonesia. The Masri that is practised in the latter two countries are of Perso-Arab influence, whereas the Tarian Asas of Singapore’s Masri is danced to a popular Minangkabau song, Kaparinyo. The Tarian Lilin is performed with candles on saucers.

Zapin: The Zapin Asyik is a dance derived from a Zapin from Terengganu that was adapted and choreographed by then-Singapore-based Indonesian choreographer of Chinese descent Mdm Liu Chun Wai. This dance is unique because it does not follow the conventions of pan-Malayan Zapin music/dance genres which usually begins with the Taksim (the solo gambus playing) and ends with a Wainab (signature final segment).

4. Movement gestures are often inspired by nature, such as the blossoming of flowers, the falling of leaves and the whispering of wind. Movements are also imbued with cultural values such as respecting elders, communality, humility and graciousness.

5. Props, such as winnowing baskets, scarves, hand drums, saucers, handkerchiefs, bunga manggar and conical hats, depict the cultural activities of Malay people, such as weddings and everyday life in the villages.

6. The costumes worn in Malay dance are stylised and elaborate versions of the traditional wear Malay people wear on Hari Raya and other occasions.

The female Malay dance costume would either be a kebaya or baju kurung with elaborate traditional floral embroidered motifs. Hair accessories are usually metallic ornaments in the form of golden leaves or artificial flowers that are fastened to an additional hair bun that is secured to the back of the head. Flowers are also added to give a touch of demureness to the whole outlook. For Zapin dance in particular, an additional cloth made with motifs of gold thread known as the songket is worn on the outside of the main costume — this method is known as the “dagang luar”.

The male costume is made up of the tunic top and pants. The samping is a songket cloth that is worn on the outside and fastened with a belt. The headgear could either be a songkok (an oval shaped black felt cap) or a tanjak (an elaborate headwear made of cloth usually worn by aristocratic and warrior class).

7. Some of the staged dances practised today are derived from social and entertainment practices of yesteryears. One main source is the Malay language cosmopolitan theatre of the early 1900s known as the Bangsawan. In these theatrical forms, Malay dance is featured in the storyline or are stand-alone acts known as “extra turns”.

8. Malay films of the 1950-60s also incorporated Malay dances as part of historical imaginations of Malay stories. These films become references for staged dances of today.

9. In the ‘60s and ‘70s, social dances were practised in entertainment parks such as New World. These provided inspiration for staged courtship dances, which have remained popular till today.

10. Today, Malay dance is performed in many community and social settings, especially during festive occasions such as Hari Raya and National Day. Contemporary Malay dance is also performed by some dance groups, spurring innovations of the form.

10 Things You Should Know is the first of a series of videos on Malay culture and heritage, created by ArtsEquator and commissioned by Wisma Geylang Serai. It is a continuation of an earlier series by ArtsEquator, featuring Dikir Barat, Nanyin and Kavadi Attam, which you can check out here.

The videos in this series is sponsored by Wisma Geylang Serai. The money earned from paid advertising goes towards covering ArtsEquator’s running costs and paying our writers and content creators. We have a strict policy regarding which content which can and cannot be sponsored. To read more about our editorial policy, please go here. 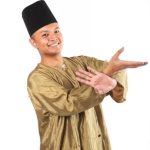 Muhd Noramin Mohd Farid (Soultari) is a choreographer, arts educator and researcher from Singapore. He received his Doctorate in Theatre and Dance studies (2021) from Royal Holloway, University of London, UK. He is a recipient of the ASEAN-India Youth Award (2018), Singapore Youth Award (2017), National Arts Council Scholarship (2017) and Goh Chok Tong Mendaki Youth Promise Award (2016). Amin is the Joint-Artistic Director of Bhumi Collective, a multidisciplinary performing art and producing company. He writes occasionally for Arts Equator, Straits Times and the Esplanade Theatres by the Bay.