The 42nd Singapore International Festival of Arts returns this year from 16 May to 2 June 2019. In its second year under Festival Director Gaurav Kripalani, it promises a larger smorgasbord of critically acclaimed international performances as well as Singaporean commissions.

Within one hour of the announcement of the Festival programme and the commencement of ticket sales on 25 February, all tickets sold out to one of the Festival’s most popular events: Ryuichi Sakamoto – Fragments, an intimate concert by the Japanese music legend, and prolific Japanese multimedia artist Shiro Takatani. These are not the only big names on the programme this year – there’s also the iconic Tadashi Suzuki who will present Dionysus, a unique intercultural adaptation of Euripides’ The Bacchae by the Suzuki Company of Toga and Purnati Indonesia. The festival also presents more offbeat performances such as Crowd by Gisèle Vienne, inspired by the Berlin rave scene, and Bedtime Stories by Urland which will be performed in an undisclosed location.

Here’s a list of some of the most prominent shows on the Festival programme this year that we don’t want to miss out on – get your tickets before they’re sold out. 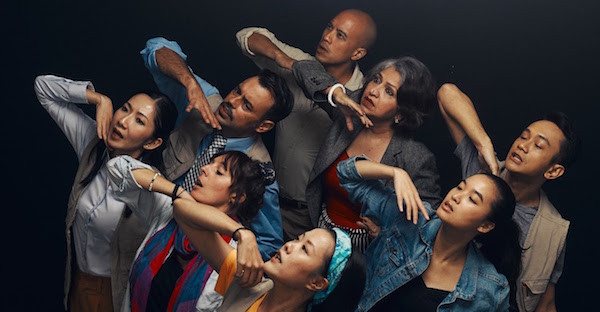 Focusing on the lives of humanitarian workers at a refugee camp, this SIFA 2019 commission tackles some of the most pressing and contentious issues of our time, the refugee crisis and the international disaster relief and aid industry. Written by Huzir Sulaiman and directed by Claire Wong, both critically acclaimed founding artists of Checkpoint Theatre, this work promises to present a nuanced, unflinching examination of the idealism of humanitarian work set against the superstructures of institutions and the conflicts that occur when the two clash.

Displaced Persons’ Welcome Dinner by Checkpoint Theatre runs 24 – 26 May, Friday and Saturday at 8pm and Sunday at 3pm, at Victoria Theatre. Tickets at $40 and $60. 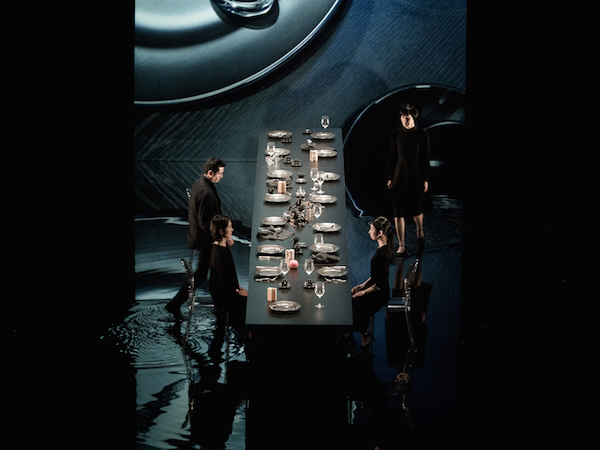 A brilliant multimedia performance-installation forms a meditation on silence designed by Japanese artist Shiro Takatani, who is known for his innovative use of multimedia in the arts as part of artist collective Dumb Type. What’s more, it will be accompanied by music from celebrated musician Ryuichi Sakamoto (who’s also performing in an intimate concert, also as part of SIFA, that is completely sold out at the time of this publication.) 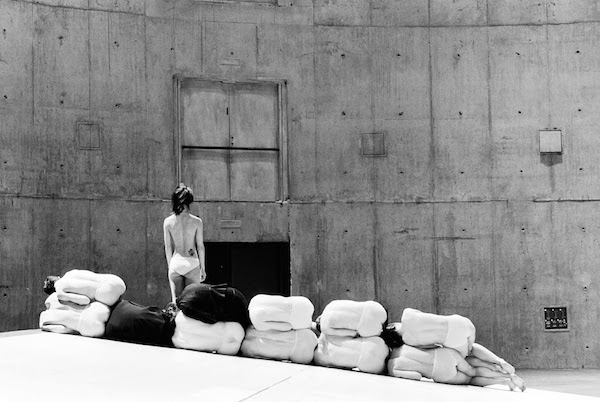 Renowned as one of the most distinctive works from Berlin choreographer Sasha Waltz, Körper debuted in 2000 and features 12 dancers forming a series of living tableaux. Korper’s primary concern is exploring what the body is and how it is constructed, but also celebrating it in all of its stark corporeality.

The seminal director Tadashi Suzuki, known for establishing the Suzuki method of performance training, eloquently interprets the Greek tragedy of The Bacchae by Euripides, for the modern stage. This collaboration with art production group Purnati Indonesia presents a unique intercultural lens with which to transport us into this work of classic theatre. We got to watch a preview of this novel re-imagining of an ancient conflict in Yogyakarta, against the grand backdrop of the Prambanan Temple. Read Kathy Rowland’s review of “Dionysus” as performed at the Prambanan Temple here. 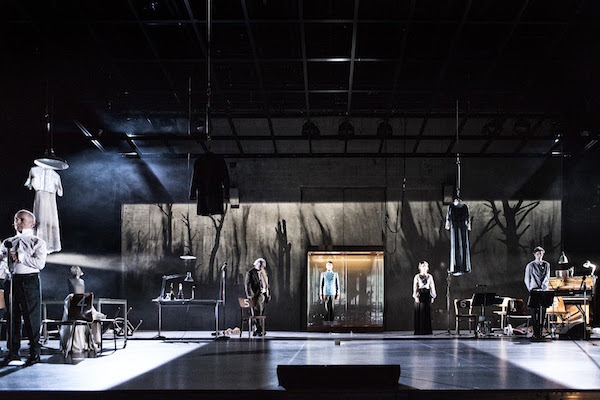 Those who enjoyed Enemy of the People at last year’s SIFA are in for a treat again this year, as the internationally acclaimed Schaubühne Berlin returns with a collaboration with another renowned theatre company, Complicité (UK). This thought-provoking work investigates the nature of empathy and pity, asking whether such instincts may be in some way hypocritical. It’s based on the 20th century novel Beware of Pity, the only novel by Austrian writer Stefan Zweig. 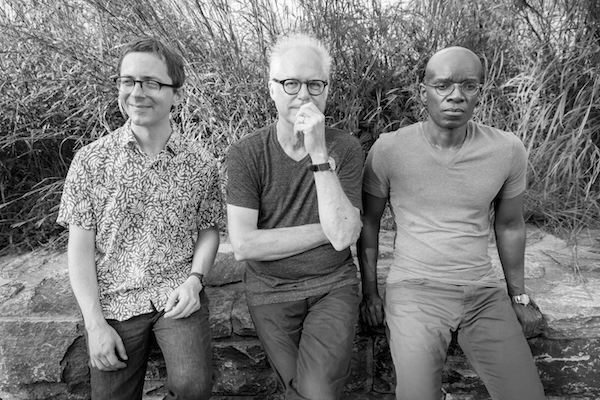 Jazz is back at SIFA this year as Grammy-award winning composer and renowned guitarist Bill Frisell makes his Singapore premiere with this one-night-only concert. With a prolific career spanning over four decades and traversing genres from bluegrass to the avant-garde, Frisell’s repertoire encapsulates contemporary American musical history. He’s also known for his compelling improvisatory style. He will be joined by Thomas Morgan, one of the most in-demand bassists on the international scene, and Rudy Royston, a consummate drummer in the jazz world. Watch as the three present some of Bill’s most iconic compositions as well as play a fun improvised set.

Come over to the dark side of choreographer Gisèle Vienne’s world that’s inspired by techno rave and delves into the raw, sometimes violent core of our “inner selves”. 15 dancers come together to create alternate realities and dreamscapes and the performance unfolds as a kind of cathartic release, drawing the audience into its hypnotic visual anarchy and its tricks, rhythmic distortions and optical effects promises to leave you questioning your linear perception of time. 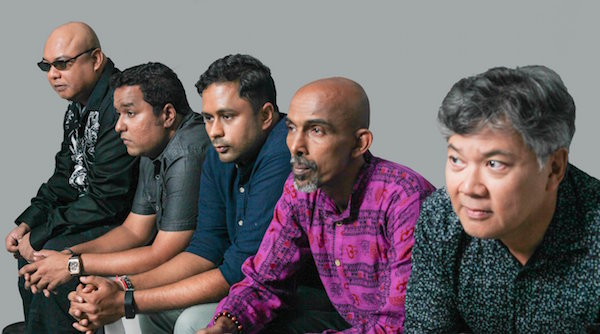 8. Impulse by Varsha (Singapore)
Complementing the sweep of international artists featured in this year’s programme, Varsha is one of the homegrown music groups featured in SIFA 2019. This five-year-old emerging outfit are known for melding musical roots in the Indian culture with rhythmic music, which forms the basis of their compelling improvisations. In this concert, the band will present brand new compositions as well as varied arrangements on classic jazz numbers. Joining them for their two sets is veteran guitarist Paul Danial and guest saxophonist Tim O’Dwyer.

A commission of the Singapore International Festival of Arts 2019, The Mysterious Lai Teck draws on Ho’s long-term project, The Critical Dictionary of Southeast Asia and in the same vein as his video installation Nameless. This performance delves into the modern political history of Malaya through the life of Lai Teck, the head of the Malayan Communist Party from 1939 to 1947 – who happened to be a triple agent for the French, British and Japanese secret services. A performance that melds biography and fiction, the intrigue of espionage and the weight of Southeast Asian political history, The Mysterious Lai Teck is a much anticipated new work this year. 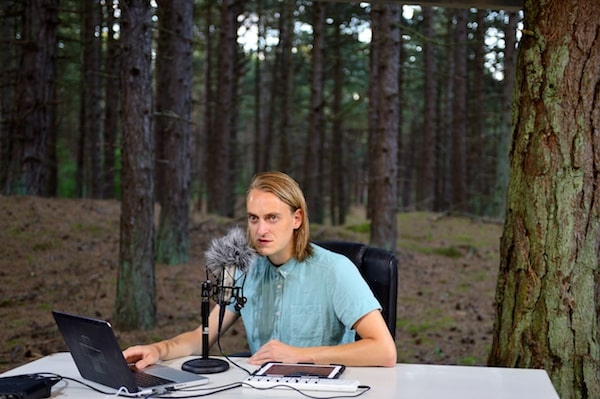 10. Bedtime Stories by Urland (The Netherlands)

Escape the concrete buildings and the predictable routines of the urban jungle, to be whisked away with storytelling in a mysterious location that will only be revealed on the performance day itself. Inspired by radio plays, actor and storyteller Thomas Dudkiewicz leads audiences into a strange and brilliant landscape, while celebrating the art of the voice to bring to life an enchanting cast of characters.