BANGKOK — It’s curtains for a provocative performing arts space that will leave its space near Lumphini Park forever come April.

Known for staging politically charged shows and contemporary performances, Democrazy Theatre Studio says there will be no more shows, capping its run of about 70 productions held there during the past decade.

While Democrazy announced online last night that it is moving on to “adjust to the company’s direction,” its co-founder said costs are the major obstacle to keeping the space going.

“We talked about this for two years and our concern are the expenditures,” Pavinee Samakkabutr said, adding that they’ve had to put their own money into covering the company’s budget, in addition to ticket revenue. [Read more…]

When two of the country’s most prolific playwrights premiere new work within days of each other, one simply must pay attention, especially in this age of fake news and rampant historical revisionism.

Last night, Guelan Luarca’s Filipino-language adaptation of Shakespeare’s “Coriolanus”—now “Coriolano”—opened at the Cultural Center of the Philippines under Tanghalang Pilipino. On Feb. 27, Rody Vera’s latest original piece, “Nana Rosa,” will begin performances at the University of the Philippines Diliman as the final season offering of UP Playwrights’ Theatre (UPPT).

“It’s the perfect antidote to the oversimplifications in terms of politics,” says Luarca of “Coriolano,” whose titular character makes the jump from war general to Roman statesman—and unwittingly sets himself up for a fatal downfall.

“All the characters [in ‘Coriolano’] are problematic, with individual agenda. And that’s politics: not black and white, but always about agenda and patronage. Everything is a compromise. That’s the saddening and absurd political despair we must learn to live with.” [Read more…] 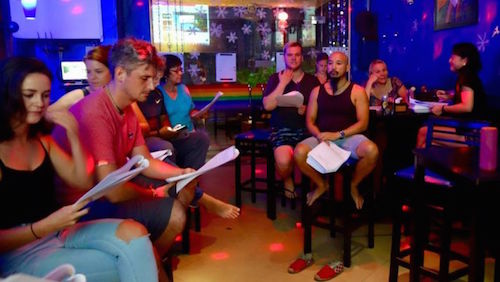 Inspired by the musical Cabaret and Christopher Isherwood’s Berlin Stories, theatre group the Phnom Penh Players are to host a performance of Shanghai Cabaret at Chinese House in Phnom Penh, with all proceeds donated to a local clinic to support Cambodia’s LGBTQI community.

The Phnom Penh Players perform several productions every year, donating the proceeds to local charities and causes. This time they will support Chhouk Sar Clinic, which provides free HIV testing and treatment to high risk groups in Cambodia.

“We are very proud to be using the arts to make a difference,” says the play’s director Chas Hamilton. “HIV prevalence among young men who have sex with men testing in the clinic is 15 per cent according to Chhouk Sar. Financial support from the musical will enable the clinic to offer an out of hours service.”

Phnom Penh’s LGBTQI business community have also been keen to sponsor the production and in doing so lend their support to vital HIV and sexual health services.

On higher ticket prices and deeper regard for artists: a postscript to Art Fair 2019
ABS CBN News

The 2019 fair special projects held a mix of young and senior artists. Some were tributes to artists that have passed, and most were a testament to a lively artistic career or potential. The featured artists for this year were Ray Albano, Fernando Botero, Ian Fabro, Olivia d’Aboville, David Medalla, Christina Quisimbing Ramilo, Mauro Malang Santos, Ryan Villamael, Oca Villamiel, Liv Vinluan, and MM Yu.

Much of this lineup was a draw to approach art as an act of participation. David Medalla’s work, A Stitch in Time, was an invitation to sew personal effects onto large suspended pieces of fabric; Christina Quisimbing Ramilo’s work Forest for the Trees was an archive of scrap wood arranged like a library, allowing people to scribble titles onto these pieces; Ray Albano’s Step on the Sand and Make Footprints was a simple command to leave a trace onto something as movable and ephemeral as sand in a carpark. [Read more…] 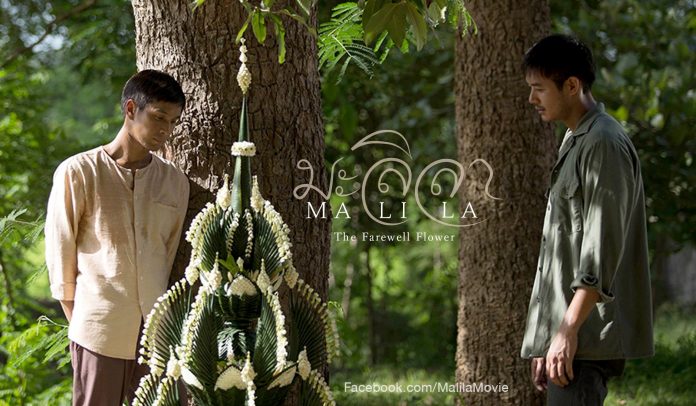 BANGKOK — An independent drama exploring a tragic love story of two men through the lens of Buddhism brought the most awards home from the biggest annual film awards ceremony.

“Malila: The Farewell Flower,” which came into the night with a dozen nominations, took away seven Golden Swans including Best Picture, Best Director on Saturday night at the 28th Thailand National Film Association Awards Ceremony.

Jakarta (ANTARA News) – Indonesia and Cambodia have historically shared cultural ties since the Syailendra Dynasty ruling in the days of the Mataram Kingdom in Java and the Jayawarman II Dynasty ruling the Angkor Kingdom in Cambodia.

Jayawarman II is known to have lived in Java and returned to Cambodia to unite it since it was divided into several small kingdoms.

Hence, the two countries have similar ancient inheritance and both temples — the Borobudur and Angkor Wat — have been designated by UNESCO as World Heritage Sites. [Read more…]

A Vietnamese book firm has introduced a platform that allows authors to publish books by themselves, the first of its kind in Vietnam.

Hanoi-based Alpha Books said its self-publishing platform iPub was launched to help authors with a tight budget to promote their literary works.

With a few simple steps of registration, self-published authors can easily upload, edit and design their works on the platform.

The drafts will undergo review by Alpha Books and will be published within 72 hours after they are sent online.

In the initial phase, users can upload their books on the platform for free, according to Alpha Books.