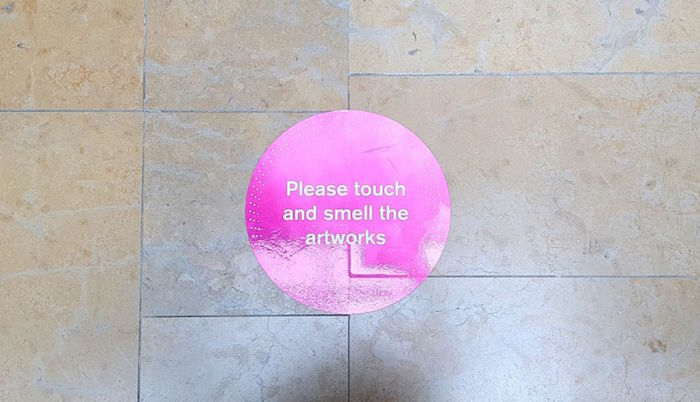 Art doesn’t have to be for the eyes only. As part of the Light To Night Festival 2019, National Gallery Singapore presents The Sensorial Trail, a series of artworks that draw on your other senses – those of smell, sound, and touch – in an intimate, sometimes playful exploration of intimacy with our various senses. The Sensorial Trail is on show until 31 March 2019.

While you’re on the trail, keep an eye out for stickers on the floor which point you in the direction of each artwork. 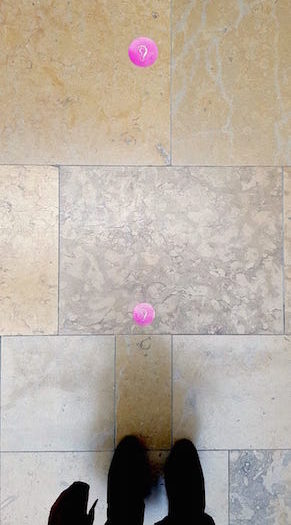 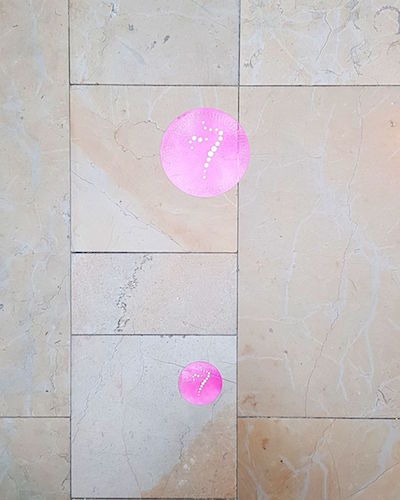 Here are the artworks you can keep a nose/ear/finger out for.

1. eau d’you Who Am I by Sissel Tolaas

You smell this work before you see it.

It’s hard to put a name to the melange of smells that meet your nose, but it’s arresting and, after a few minutes, becomes warmly familiar, like the smell of a person you’re slowly getting to know. Scientist and artist Sissel Tolaas worked with Singaporean youth aged 19 to 29 to capture the smell molecules from some of their favourite haunts and recreated them, bringing them all together in this olfactory work of art that takes the form of an unassuming-looking white wall that smells slightly different in different areas. Don’t be afraid to lean in and take a whiff or two!

2. Voices of Time by Andy Chia

Like Sissel Tolaas’s white wall, the first sound installation on this trail is also white, quiet, and just a little strange: it looks like white dome with several tentacle-like pipes protruding from it. But it’s much more than that, once you interact with it: put your ear to the end of each pipe and you’ll be treated to evocative soundscapes. Artist Andy Chia’s sound installations are interested in exploring the relationship between humans and nature and technology, and in his next installation, the viewer gets to literally control the sound and visual design via an audio-visual mixer panel on the table in front of them.

Tal Isaac Hadad zooms in on the Internet phenomenon of ASMR (Autonomous Sensory Meridian Response) and makes it come alive in the museum space through this two-part installation. Put on the headphones and get intimate with your sense of sound as a seemingly ordinary video of a ear being touched, produces an almost tactile impression on the audience. Then discover how breath can sound tangible and palpable, in the next video in the installation. 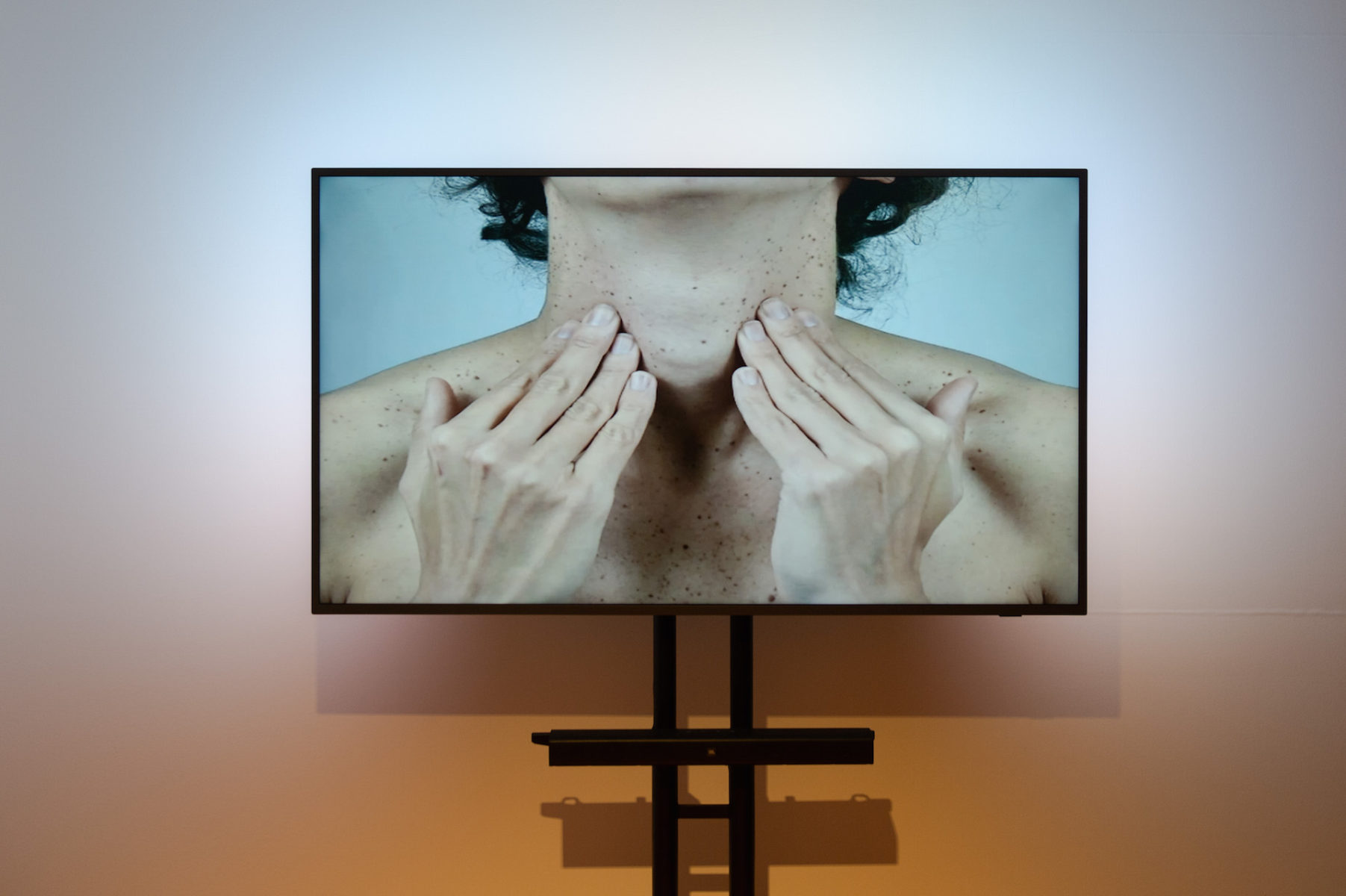 Touch and sound, the body and the voice, all come together in this performance work. No two presentations of this work can ever be alike. Each performance produces a different soundtrack of its own, as singers respond musically to massages given to them by professional masseurs. Recital for Masseur will be performed between 2-6pm on these selected dates: 18-20 January, 23 – 27 January, 30 January – 3 February.

Le principe d’incertitude, led by Liz Santoro and Pierre Godard, and Singapore’s T.H.E. Second Company, presents a five-hour performance that unfolds across the National Gallery Singapore’s public circulation spaces. Learning is part of the Gallery’s special programme Performing Spaces, which conceives of space as a living organism that creates encounters between performers and the public. Sharing through a performative form this moment of intimacy and high focus, the dancers are scattered throughout the galleries, before gathering, thus blurring the boundaries between process and representation. Made possible by the Ministry of Culture, Community and Youth, and the Tote Board Group which comprises the Tote Board, Singapore Pools and Singapore Turf Club. Find out more here.

The Sensorial Trail is part of Light to Night Festival 2019: Traces and Echoes and is on show at National Gallery Singapore until 31 March 2019. Admission is free.