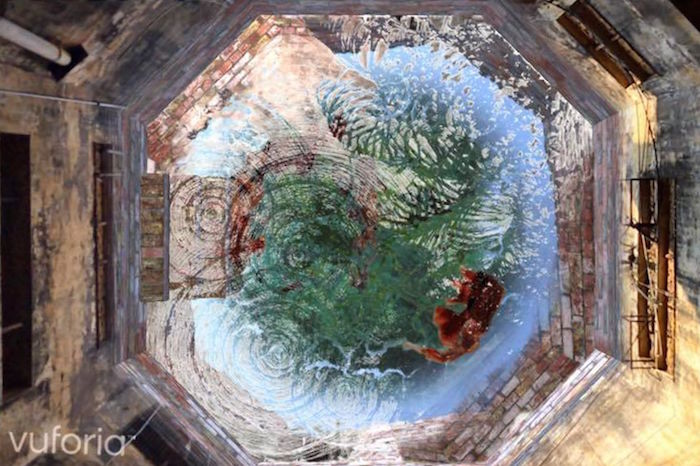 Art in the Clouds: Into Thin Air 2 and the Promise of Digital Exhibits
Urbanist Hanoi

As a metropolis of nearly eight million, Hanoi is like many other Asian cities: blooming with people, culture, and hectic lifestyles. Along with rampant development, the city faces concerns such as air pollution and a lack of public art spaces. These issues not only affect living standards but also choke Hanoi’s art scene. How many places are there where artists can freely challenge themselves and develop their ideas without being disturbed? How can their works avoid being damaged? It was these questions that led to the birth of Into Thin Air.

The project, a long-term public art exhibition initiated and curated by Manzi Art Space, aims to build awareness and appreciation for art among the public and help artists develop independent practices within the context of modern Vietnam. The first Into Thin Air exhibition took place in April 2016 and featured physical artworks displayed around the capital. Many faced removal. The second installment, however, is a permanent display of 10 virtual artworks, including installations, performances, and videos, all of which are accessible via a map on a smartphone app. [Read more…] 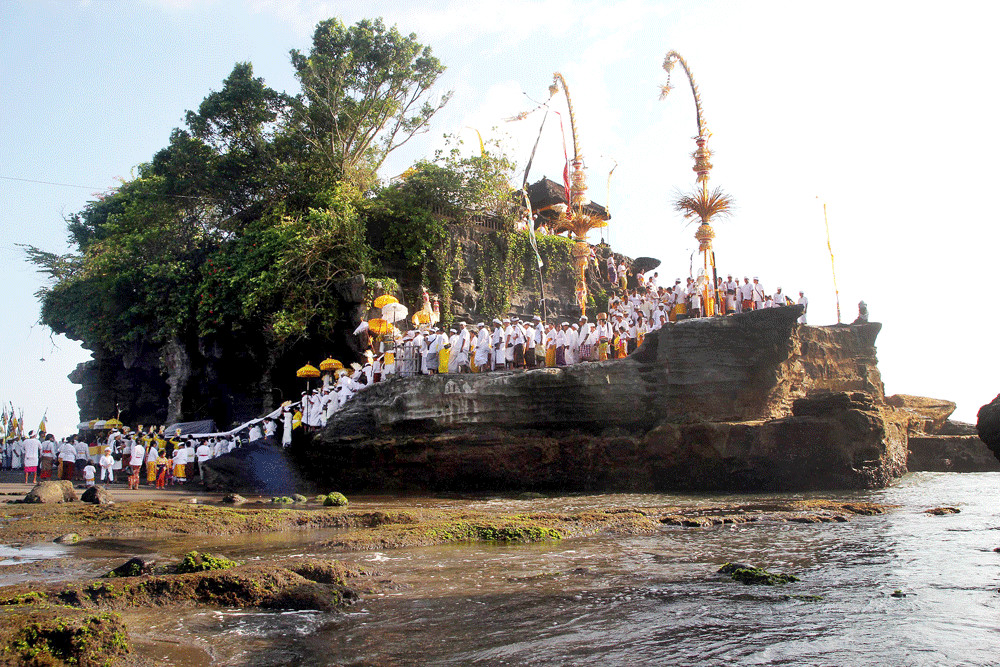 The Denpasar Cultural Agency in Bali has proposed four dances to be listed as national intangible cultural heritage (WBTB), a list compiled annually by the Education and Culture Ministry’s Culture Directorate General.

The local administration has chosen four traditional heritage aspects, or ngaro, to be included in the customs and tradition category. It wants the dances janger kedaton sumerta, pegok and legong binoh to be recognized as cultural heritage in the performing arts and sate renteng to be acknowledged in the subcategory of traditional culinary skills.

“In 2018, we registered four elements of culture. The four have been designated as 2018 Indonesian WBTB. We will register four more in 2019; hopefully, all four will be accepted, as was the case in 2018,” said Yudhu Wasudewa, a member of the Denpasar Cultural Heritage Team, as quoted by news agency Antara. [Read more…]

One Thursday afternoon after Ta Porng Nuy has finished his work on a yam field in rural Ratanakiri Province, he gathers a selection of books on his three wheeled motorbike, driving it to a nearby town and parking it in the shadow of a tree.

Porng Nuy has no shortage of patrons, with approximately 20 readers, mostly young children between five and 10, gathering around his mobile library to enjoy his selection of literature.

Bringing reading material to isolated communities is a project the 23-year-old has been pursuing for nearly a year in cooperation with French NGO Aide et Action, as he drives his cart to Koun Mum district’s Ta Ang commune saddled with more than 900 reading books.

Aide et Action was established in 1981 and champions the right to education in developing countries worldwide. They have worked in Cambodia for over 15 years to provide access to good quality

This mobile library is just one part of the NGO’s wider project to strengthen and expand educational quality in rural Cambodia regardless of social status, geography, ethnicity, religion, language, gender and disability. [Read more…]

The 2019 edition of Singapore Art Week opened on January 19 with a lot at stake. Art Stage Singapore, the country’s biggest contemporary art fair and an anchor event for Art Week, had been abruptly cancelled just a few days before opening day, upsetting the plans and budgets of the nearly 50 participating galleries and putting the reputation of the government agencies behind it on the line.

Liu Xiaoyi: bending space and time in the theatre
The Esplanade

Liu Xiaoyi and I are arranging for a time and date to meet for this interview. He texts me the options:

His latest work for the 2019 Huayi – Chinese Festival of Arts is inspired by the late British playwright Sarah Kane’s final play, 4.48 Psychosis. I’m almost tempted to run with the wry dig – the founder and artistic director of experimental theatre group Emergency Stairs has a gleeful penchant for puns, wordplay and inside jokes. But I’m on a tight deadline and I pick the morning of the 7th.

“Careful!” he gestures to a line of string running across the entrance of his company’s 62sqm space in the Soon Wing Industrial Building along Macpherson Road. It’s about the size of a three-room HDB flat. One of the walls is lined with dark, jagged, almost abstract expressionist charcoal sketches. He’s written cryptic poetry on the windows that open out to the rest of the industrial estate. There’s string twined round the one table and two chairs in the centre of the boxy space, physical echoes of Emergency Stairs’ annual intercultural festival, Southernmost: One Table Two Chairs Project1. He surveys the room, “For the past two weeks I’ve been spending 448 minutes here, alone, every day.” [Read more…] 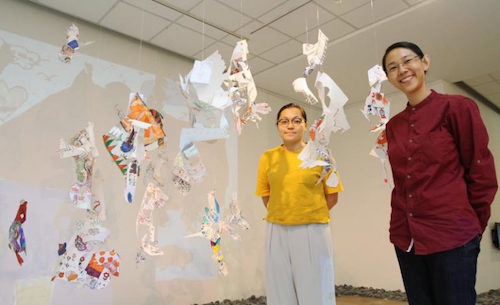 A two-woman show series – You Belong To Night by Wong Xiang Yi and Rojak Aesthetics by Chuah Shu Ruei – are worlds apart in terms of content and artistic technique. Yet they are sharing the spotlight and attracting a diverse array of art enthusiasts.

These solo exhibitions from Wong and Chuah are part of their works done during their recent art residencies at Rimbun Dahan, a private art centre situated in Kuang, Selangor.

Head to the underground gallery of Rimbun Dahan, an orchard-turned arts space, and you’ll find many surprises from these relatively young artists. [Read more…]