‘Into the Future’ celebrates female Indonesian artists
The Jakarta Post

Twenty-one female Indonesian artists are featured in both an exhibition and its corresponding book, one written and compiled by writer and art curator Carla Bianpoen.

The exhibition, held at the National Gallery of Indonesia until March 16, aims to draw focus to the strengths of female perceptions while the book, entitled Into the Futurejust like the exhibition, details the works of the featured female artists.

Three teenagers huddle together for a quick brainstorming session in the warehouse dance studio of the Khmer Arts Academy in the heart of Cambodia Town.

One girl is plucking at a ukulele, another is quickly tapping impromptu prose into her phone and a boy is suggesting what movements he could do with the words. Together, they’re creating a dance piece: one that’s part Cambodian, part American.

“‘The ugly I see in myself is the beauty others see in me,’” Victoria Ung, 16, recites from her notes. She pauses.

“It’s not really Western,” she says.

“It’s something different, though,” says her friend, 15-year-old Soriyah Sam.

Chakra Sokhomsan, 16, suggests they try it out. Placing the phone on top of an electrical outlet box affixed to the wall, they start recording as Chakra kneels into position. Soriyah starts plucking a slow tune on her ukulele as Victoria recites the poem they created minutes earlier. [Read more…] 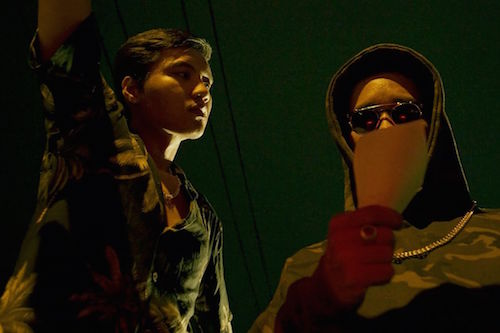 The movie unfolds the story of a little girl kidnapped by two criminals, which is later discovered to be a personal conspiracy.

At Filmapalooza 2019, the final festival of 48 Hour Film Project, Be Nguyen Minh Anh won Best Director for Duong Mat (Wayless), earning the short a spot in The Short Film Corner at the Cannes Film Festival, which will be held from May 14-25, VnExpress reports. Filmapalooza took place in Orlando, Florida.

Duong Mat was produced by the group Zorba and Imaginary Friends. Apart from clinching the award for Best Director, the film was also nominated for Best Actor and Best Film, entering the top four for the latter category.

Anh previously directed several music videos for top-tier Vietnamese singers which attracted million views, and had received awards for some of his film projects in Vietnam prior to entering the 48 Film Hour Project. [Read more…] 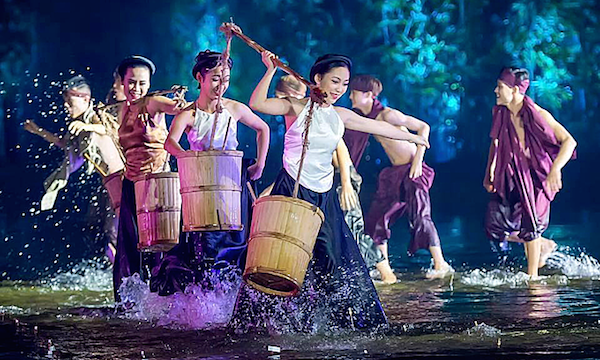 The entity accused of Intellectual Property infringement is entertainment corporation Tuan Chau Hanoi JSC (TCHN), which produced the Tinh Hoa Bac Bo (The Quintessence of Tonkin). The first instance trial in the intellectual property infringement case will take place at the Hanoi People’s Court on March 14. This is the first official hearing since almost a year when both sides began making claims and counterclaims.

The dispute is over The Quintessence of Tonkin, a large-scale, open-air water stage musical celebrating the heritage of Tonkin, an agricultural region in northern Vietnam, that was released in October 2017. [Read more…] 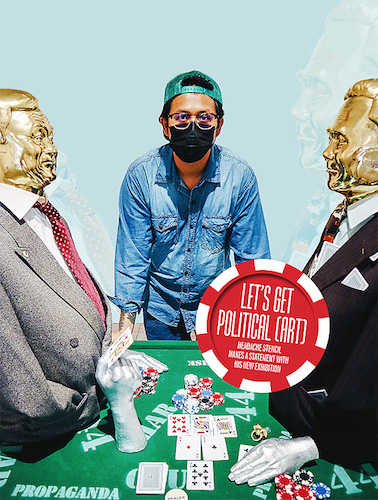 With the upcoming general election finally happening on Mar 24, the fate of the city hangs in the balance of voters hoping for some actual policy changes that leans toward democracy. However, some may express scepticism and while expressing one’s doubts and criticism could be met with scorn and censorship, there are a few people who have expressed their opinions in other forms — namely street art. Enter Headache Stencil, an anonymous masked political painter whose art usually deals with Thailand’s recent social and political happenings.

6 Mar – Having made a name for itself as one of the biggest film festivals in Cambodia, the Cambodia International Film Festival (CIFF) is returning for its 9th edition this March.

This year, the annual film festival will take place from 9 to 14 March 2019, across nine venues around Phnom Penh.

Malaysia will be represented at CIFF 2019 by three titles in different segments of the film festival.

James Lee’s 2018 action thriller “Kill-Fist” has been selected for screening under the International Feature Films segment.

“Kill-Fist” follows a middle-aged man struggling with a dead end job who is in the midst of divorcing his wife and losing custody of his daughter, and on top of all this, has to take care of his Alzheimer’s-ridden father. When he gets invited to an underground fighting game, he becomes hooked on the fights and is determined to reach the final round.

Meanwhile, Amanda Nell Eu’s 2017 horror drama “It’s Easier to Raise Cattle” (or “Lagi Senang Jaga Sekandang Lembu”) will be screened under Short Films – Colourful World. It tells of two teenage outcasts who befriend each other and one of them discovers the other’s dark secret.

The third title is Sim Seow Khee’s 2018 short “Black Hole Monster”, to be screened under the International Shorts segment, which follows a boy who captures every moment on camera as he walks along the river after school. [Read more…]

NAKHON RATCHASIMA — After the success of its first outing in the southern province of Krabi, a contemporary art biennale has chosen Isaan’s biggest province to host its return next year.

Nakhon Ratchasima will host the next Thailand Biennale in 2020, promising art installations by local and international artists in the city, as well as natural and historical sites.

The festival aims to run for four months beginning in May 2020 in three areas – Korat, the district of Phimai and Khao Yai National Park.

Khao Yai National Park is the third largest national park in Thailand. Phimai formerly belonged to the Khmer empire and is famous for the Prasat Hin Phimai, Khmer temple ruins with impressive architecture at a grand scale. [Read more…]