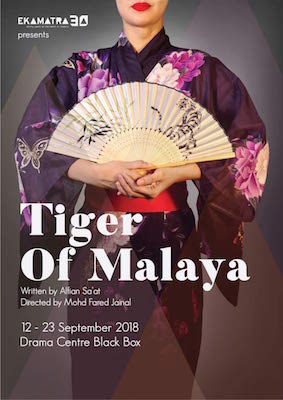 In 1943, the Japanese film ‘The Tiger of Malaya’ was released. Based on the life story of Tani Yutaka, a Japanese man who lived on the east coast of Malaya, the film portrayed him as a patriotic agent who liberated the Malay natives from British imperialists and Chinese capitalists. Now, more than 70 years later, a group of actors are going to reenact scenes from the film. Real Malay actors will replace the ‘brown face’ Japanese actors in the original. Chinese actors will play antagonists who are ‘less evil’. A Japanese actor will try to find a space of performance between the wartime propaganda classifications of heroes, villains and victims. As they comically attempt to ‘correct’ history, they discover how their identities are sustained not by the accuracies of history but the stubbornness of myths. More information here. 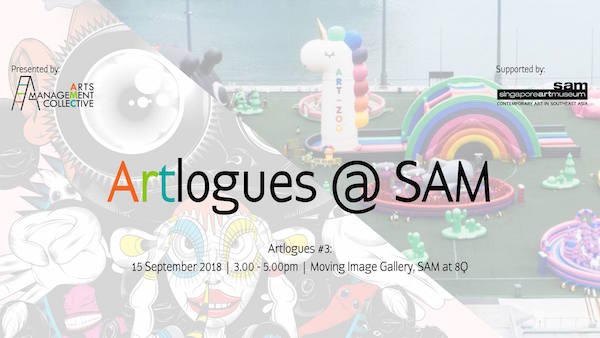 How does a multidisciplinary creative straddle both the aesthetic and commercial worlds while developing a distinctive style?

Join Jackson Tan as he shares his creative journey as an leading-edge artist, designer and curator from Singapore. Through notable case studies such as MTV, the SG50 logo and ArtZoo, he will discuss how he has managed to execute a range of creative projects across differing capacities, mediums, partnerships and scenarios. He will also provide valuable insights into the evolution of the Singapore creative landscape, especially on how creative practice and works move through time and across shifting landscapes, meeting different audiences and making new meaning along the way. More information here.

As part of the Centre For the Arts’ vision to nurture creative minds and inquiring spirits, the NUS Arts Festival presents Critical Conversations – a series of talks and panel discussions aimed at deepening the discourse and engagement with the themes raised during the festival. Chaired by writer and former arts correspondent Deepika Shetty, this panel brings together artists from multiple disciplines to discuss how their creative dreams and artistic ambitions evolve in relation to where they are from, and where they move to.Featuring Yarra Ileto, an Australian-born dancer now based in Singapore, Damon Chua, a Singaporean writer who left home to pursue his career in US, Tetsuro Shigematsu, a Canadian actor-filmmaker who is connected to Japan by his heritage, and Wei Leng Tay, a Singaporean visual artist who recently returned to Singapore after 20 years abroad. Each will consider how one navigates and negotiates their dreams and ambitions when in transit. More information here.

Tay Tong, more affectionately known as “TT”, is an accomplished arts producer and manager. He first started out with Singapore-based performance company, TheatreWorks, in 1989 as a producer, soon rising to general manager in 1993. He was made managing director in 1999, a role he has held until earlier this year. In the past three decades, TT has produced countless shows and festivals as well as managed programmes both locally and internationally.

TT will be joined by Helmi Yusof, an arts journalist with The Business Times who has followed TT’s career ever since he started volunteering backstage at TheatreWorks in the 90’s.

Join TT and Helmi in the Living Room as the pair chat and reflect on TT’s rich career in the arts and what lies ahead for TT. 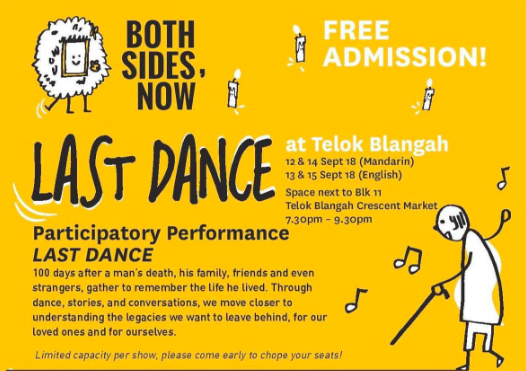 100 days after a man’s death, his family, friends and even strangers gather to remember the life he lived. Through dance, stories and conversations, we move closer to understanding the legacies we want to leave behind, for our loved ones and for ourselves.