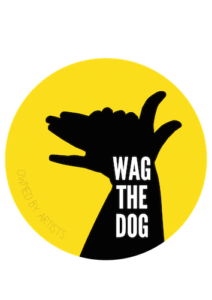 There’s fresh blood on the theatre scene! This time, get to know Wag the Dog, a new theatre company structured on the co-operative model – the first of its kind in Singapore.

We chat with founding member and actress Krissy Jesudason, who shares with us more about how the team came together, what they’re introducing into the Singapore theatre landscape, who calls the shots, and how they’re making it all work out.

Krissy Jesudason is a Filipino/Singaporean actress who received her stage training in Vancouver, Canada, at the University of British Colombia, where she earned an Honours Bachelor’s Degree in Performing Arts. During her career, she has had the great privilege of working with Neil Freeman, the esteemed expert in Shakespeare’s First Folio, and also with Shakespeare’s Globe in London as an ensemble member in the International Actors Ensemble. Her favorite roles while working in Vancouver were Cecila in As You Like It, Clytemnestra in Iphenia in Aulis, Lady Fuchsia in Gormenghast, and Medea in Medea. She left Vancouver in 2011 to travel and pursue other interests, but eventually found herself drawn back to theatre again in 2014 when she was offered the role of Jessica in SRT’s Merchant of Venice at Fort Canning Park. Krissy has lived in Singapore since 2012 and recently opened her own theatre company, Phenix Arts, which produced its first show in 2015, Neil LaBute’s BASH: Latter-Day Plays. Phenix Arts is currently offering one-on- one coaching in Shakespeare Performance, and Textual Analysis on Verse for Performance. Krissy can also be seen as Tanya Clarke every weeknight at 8:30pm on Mediacorp Channel 5’s drama Tanglin.