You can count on W!LD Rice to stage a classic French bedroom farce so Singaporean. After all, it is not where you take things from, it’s where you take them to – and in their fourth staging and latest reimagination of “Boeing Boeing”, director Pam Oei recreates the time-honoured comedy so modern, so cosmopolitan, and unmistakably Singaporean.

The setup to the peak of the comedy action follows. Bernard (Rodney Olivero), an architect, is a modern-day Casanova in a polygamous relationship unknown to his three girlfriends, all stewardesses with different airlines. He is scheming and over-confident of his organisational skills in manoeuvring through his love life between Jeanette (Oon Shu An) who works for Singapore Airlines, Jayanthi (Rebekah Sangeetha Dorai) of Air India and Jin Jin (Judee Tan) of Air China by familiarising himself with their flight schedules, thereby planning their arrivals to his house apart from each other down to the minute.

Rosa (Bibeth Orteza), Bernard’s Filipino helper at home, plays a central role in keeping his secret, albeit grumpily. She changes the photos in the house and food menus to suit the tastes of the three girls and often warns of trouble. True enough, trouble ensues, coincidentally after the arrival of Robert (Shane Mardjuki), his best friend from university. The airlines upgrade to Super Boeing planes, and his girlfriends’ changing schedules begin to clash. With the help of Robert, who is not all innocent himself, and a half-hearted Rosa, Bernard tries to keep the girls apart as things turn topsy-turvy, much to the delight of the audience.

Unfortunately, for me, the play took off to a sluggish and soulless start, primarily concerned with the monotonous and uninspiring drill of introducing the characters and foreshadowing the eventual tragically humorous crux of the story – the pivotal point when a complacent Bernard finds his carefully-timed multiple love lives in a muddle. The slow progress and questionable dull jokes coupled with minimal slapstick reflected little thought and nothing like the night of non-stop comedy action I was looking forward to in a farce. Thankfully, the second act swung around just in time and the frantic and looming catastrophe raced into motion.

Typical of farces, the entire play took place in a single, unchanging set – Bernard’s house. Set designer Eucien Chia reflected the predictability of the comedy with warm lighting and a modern industrial interior design that provided a comforting, neat, tidy and realistic environment – an ironic reassurance to the unbelievable mess that unfolds within its premises. Staying true to the set design, good sense prevailed at the end of the play.

As Bernard, the charming Casanova who won the hearts of three stewardesses, Olivero’s performance appeared less polished in comparison to Mardjuki’s, which stole the show. Farce is often more akin to tragedy than comedy, and Mardjuki’s stamina and ability to comically portray desperation in the face of an impending tragedy, while navigating between the dual-personality attached to his character Robert, was key to his standout performance.

The three stewardesses represented different archetypes that are familiar to Singaporeans – Jeanette, a materialistic Singaporean girl who speaks in Singlish, no less, Jayanthi, a commanding and accented Indian and Jin Jin, a dreamy and affectionate girl who speaks with a heavy mainland Chinese accent. Oei was artfully intentional in her exploitation of these painfully stereotypical roles for comedic purpose as behind the laughter, the audience is led to question the irony behind the dramatic and one-dimensional portrayals of race, that are in fact unrealistic.

Oon, Dorai and Tan stayed true to their roles (and accents) throughout. It’s hard to imagine that Dorai only recently graduated from theatre school, as she commands her role maturely. With a well-rehearsed accent to boast, Tan, in particular, showcased her stamina and commitment to her role as she rolled out comical high-energy physical stunts non-stop, leaving the audience in peals of laughter.

Apart from a handful of subtly inserted social commentary, the message of the comedy is kept pure and simple: for easy enjoyment and plentiful of good laughs.

“Review: Boeing Boeing by Wild Rice had the audience holding on to their seats!” by Chris Edwards (Honeycombers)

Boeing Boeing by W!LD RICE runs at Victoria Theatre, Singapore from 23 June to 22 July 2017. It stars Rebekah Sangeetha Dorai, Oon Shu An, Judee Tan, Bibeth Orteza, Rodney Olivero, and Shane Mardjuki. It is directed by Pam Oei, who starred in the first version of this production in 2002 under the direction of Glen Goei. Since then, there have been four iterations of Boeing Boeing including this 2017 run. 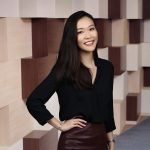 Daryl is a Lecturer in Arts Business Management at Ngee Ann Polytechnic. Her experiences include working as an arts marketer at T.H.E Dance Company and STPI Creative Workshop & Gallery in Singapore. She graduated with a Masters in Arts and Heritage Policy, Management and Education from Maastricht University in The Netherlands where she also conducted research in cultural policy.