The Regional Forum on Creative Hubs and Cities, organised by the British Council, took place at the Thailand Creative & Design Center (TCDC) on 10 October 2017. It was an extension of a research and mapping project conducted earlier this year by the Council, to chart creative hubs across a few cities in Southeast Asian countries, including Malaysia, Thailand, Indonesia and the Philippines. The report included creative hubs operating within capital cities (Bangkok, Jakarta, Manila, Kuala Lumpur), as well outside of the capital (Chiang Mai, Bandung, Quezon City). Beyond creating an index of spaces, the report sought to identify the commonalities, or differences, in practices, business models, and challenges faced by creative hubs across the region. 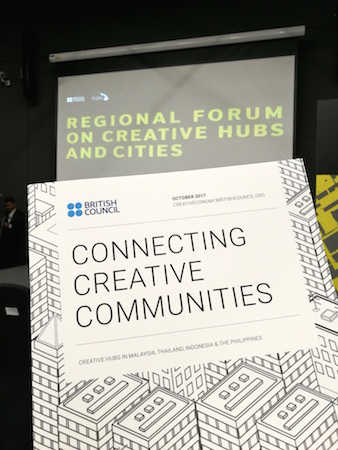 So what constitutes a “creative hub”?

The Council’s report defines it as “a place, either physical or virtual, which brings creative people together. It is a convenor, providing space and support for networking, business development, and community engagement within the creative, cultural and tech sectors.”

This description encompasses variegated projects that can take the form of artspaces, co-working spaces, networks (physical or virtual), clusters, makerspaces, institutional spaces which are set up by government institutions, even events such as festivals – which are not necessarily defined by a set space or location, but open up a platform for learning, sharing and creating. The Forum, for example, is in essence a creative hub itself – located in another kind of creative hub, the TCDC – a state-initiated centre for resource and information for creative and design sectors, with branches in Bangkok and Chiang Mai. 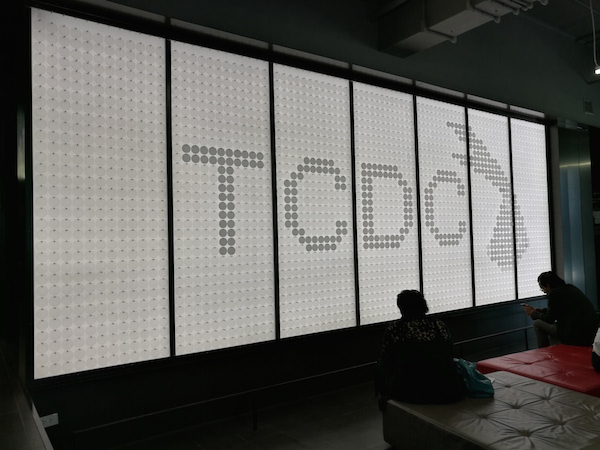 It was a long and robust day of conversation and international/intra-regional sharing: the Forum consisted of two keynotes and two sessions of presentations from hub managers and leaders.

The first keynote, by Prof. Geoffrey Crossick of the University of London, dealt with how to understand the value of arts and culture: the purpose of searching for this value, who or for whom we do it, and methods of evidencing. Crossick made the point that there have to be new, better ways of evaluating cultural and creative practices, because it is less found in objects or products than engendered in processes and experiences, which allow room for flexibility, and the unexpected benefits in the experience of failure. These cannot be measured by cookie-cutter indicators of achievement, often in the form of simple quantitative methods. A creative hub manager must identify the hub’s vision and objectives, and establish methods of evaluation that align with the hub’s goals – not just potential funders’ list of KPIs. 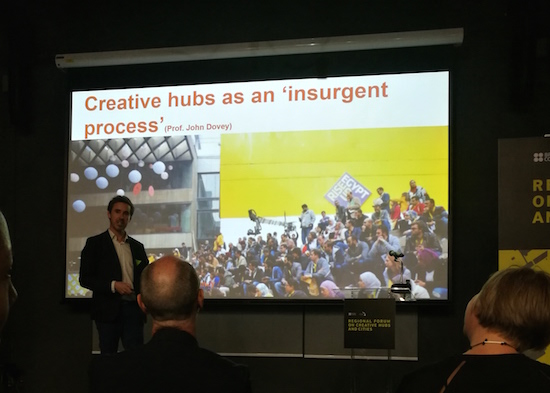 The second keynote was on creative hubs and the creative economy by consultant Dr Tom Fleming. Dr Flemming identified further characteristics of creative hubs: having art and culture at their core, establishing active partnerships with education and research institutions; they are interdisciplinary and value purposeful encounters, they combine physical and digital platforms, they are generous, inclusive, open, engaging, and in motion.

The second block of presentations revolved around policy and support for the development of hubs and the creative economy. Leaders of state-run or state-initiated creative hubs presented, such as Ms Rhea Matute who heads the Department of Trade and Industry – Design Center of the Philippines. The Center had its origins in the 1970s as a trade show, but as a by-product of the state’s Design Competitive Act of 2013, it has recently been recognised as a creative hub. We heard from Dr. Ahn SungHee of Seoul Design Foundation, Mr. Pichit Virankabutra of TCDC, Ms Sophie Leferink of HIVOS, from the Netherlands.

The commingling of perspectives and insights from these founders of grounds-up initiatives, as well as those on the government or policy side of the industry, made for an inspiring and enriching day.

The following day, about 25 hub managers were invited for a workshop session with faciliators Georgina Innes and Glen Mehn from NESTA UK. Co-organised by the British Council, the 6-hour workshop was part of NESTA’s efforts to build an international support programme for hubs, conceived by hubs, to aid the development and sustainability of hubs globally and ensure access to support materials and learning. 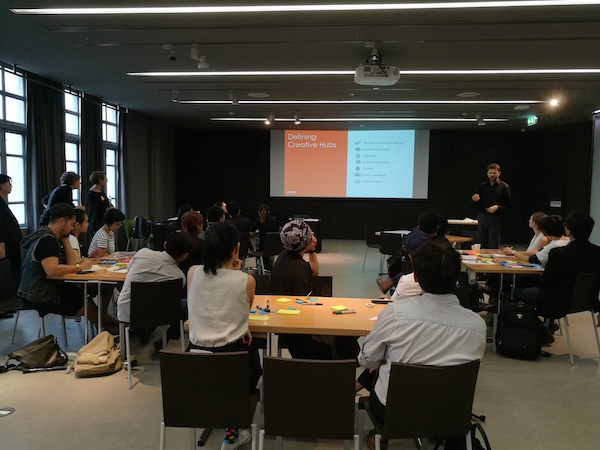 Following a circle of introductions, participants shared about their practices, what they believed made their hubs successful, and what they aspire to in the future. 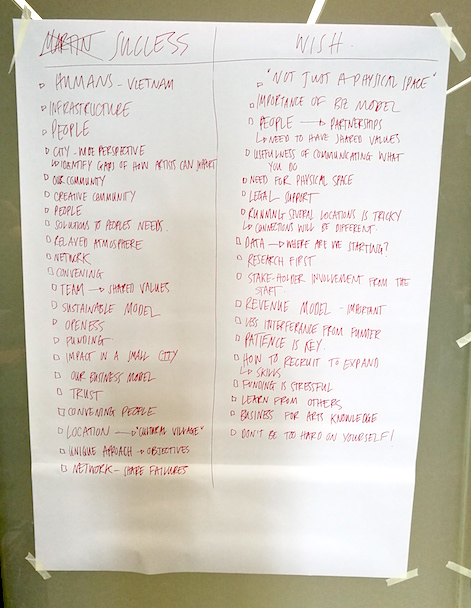 Through the course of the first half of the day, they discussed the individual characteristics of their creative hubs, their personal journeys, and the various enablers, challenges and barriers they faced growing their projects. 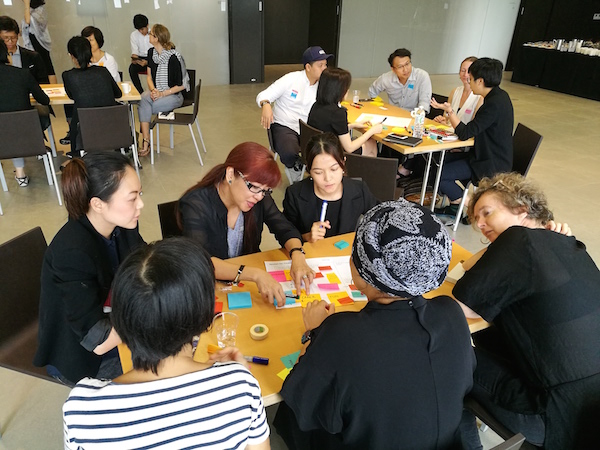 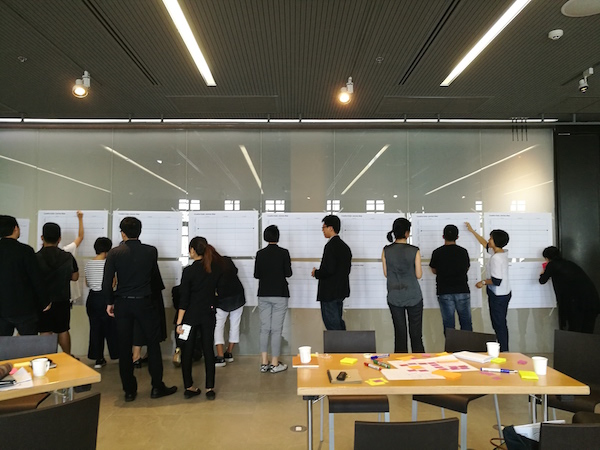 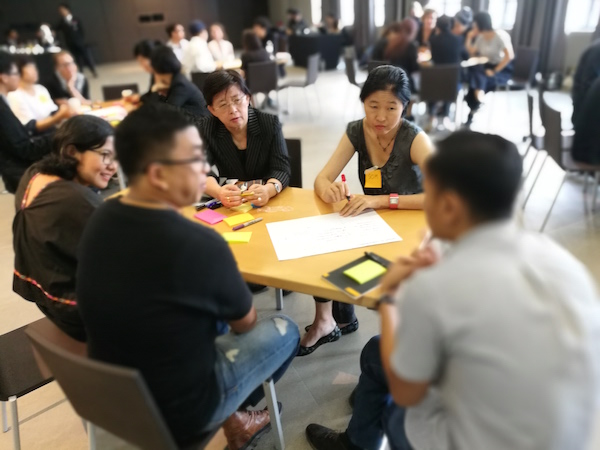 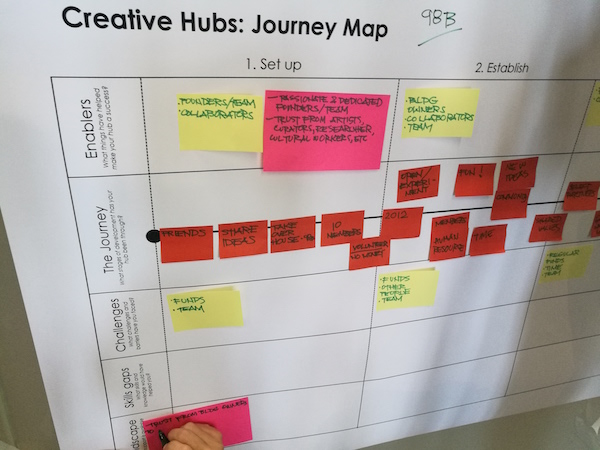 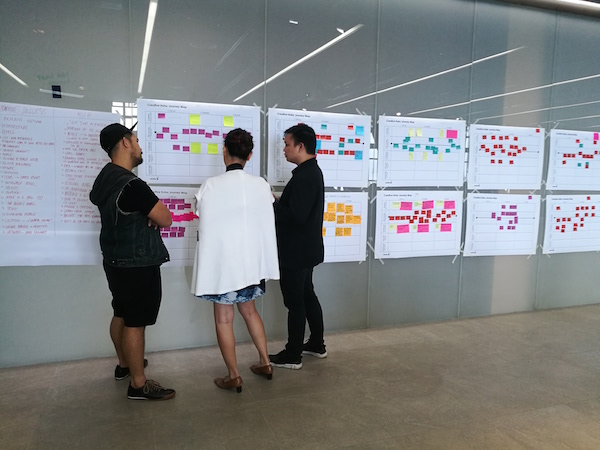 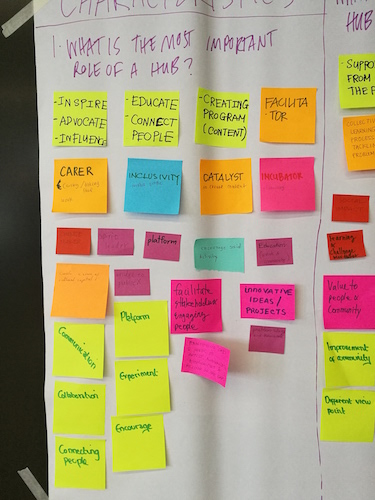 The second half was spent charting our the extant socioeconomic environment of their countries or regions to identify gaps in knowledge and resources. 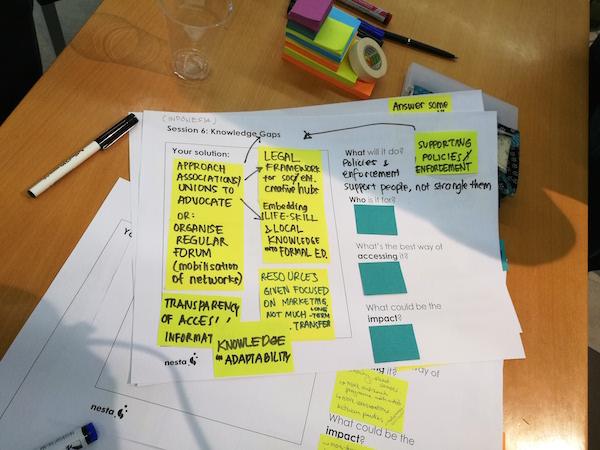 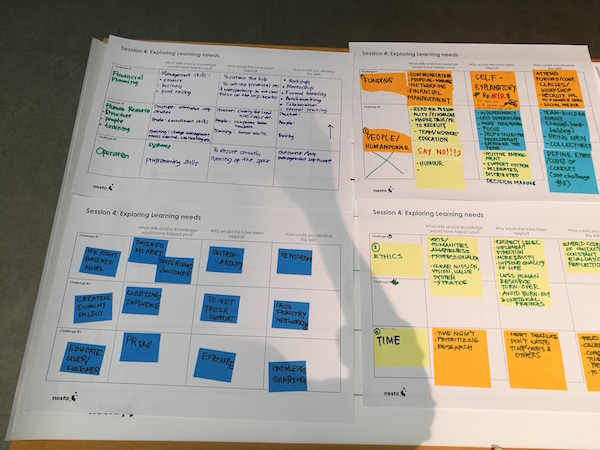 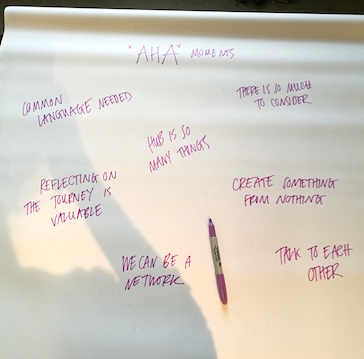 This workshop offered a more intimate and hands-on opportunity for Southeast Asian hub managers to share and learn from each other’s experiences from the diverse contexts of their countries. The title of the report “Connecting Creative Communities” seemed to be a fitting theme for this gathering: more than just a platform to present or showcase the Council’s findings, it was a space that convened managers or members creative hubs, of different backgrounds, to share experiences, bounce ideas, and perhaps find common ground, in the struggles and excitement of being part of this uncertain but promising new frontier of the creative economy.

Akanksha Raja’s trip to the Regional Forum on Creative Hubs and Cities in Bangkok, Thailand, was sponsored by the British Council. She also shares her thoughts with Think City (Malaysia) on their podcast here.