Skip to content
Daryl Lim pays moving tribute to literary marvel Wong Phui Nam and his legacy in the world of poetry on both sides of the Causeway.

This year, I lost two grandfathers. One of them was my mother’s father, who died at the age of 88, after a sudden illness, a grievous loss that proved unexpectedly visceral and searing. The other was the Malaysian writer and poet Wong Phui Nam, who died in his sleep last Monday, at the age of 87. I had just visited him in his house in Brickfields, Kuala Lumpur the day before, with the editor William Tham. As I walked up to his home that day, I felt a light giddy joy. After two hard years of the pandemic, it’d be wonderful to see him again. The borders between Singapore and Malaysia closed on 17 March 2020, and even as we exchanged regular messages over WhatsApp, I had nursed a secret fear that I might never see him again.

Mr Wong, William and I chatted for hours, going over literary developments in our two countries. He was in excellent spirits, ready to laugh at the absurdities and foibles of the literary world (of which there are too many). We spoke fondly of the last time he visited Singapore, in 2019, when Mr Wong and I had durians by the roadside in Geylang – and when, memorably, his elder brother, who lives in Singapore, insisted on driving us somewhat directionlessly around town. (“You must have feared for your life, Daryl!” said Mr Wong, with a spasm of laughter.) Before we left, he spoke to me about putting together what he said would be his last collection of poems. After the visit, I sent him photos of the three of us. “Thanks for the photos. Two more loving grandsons. Haha.” he replied. He didn’t manage to send me those poems, however, as he would die just a day later. 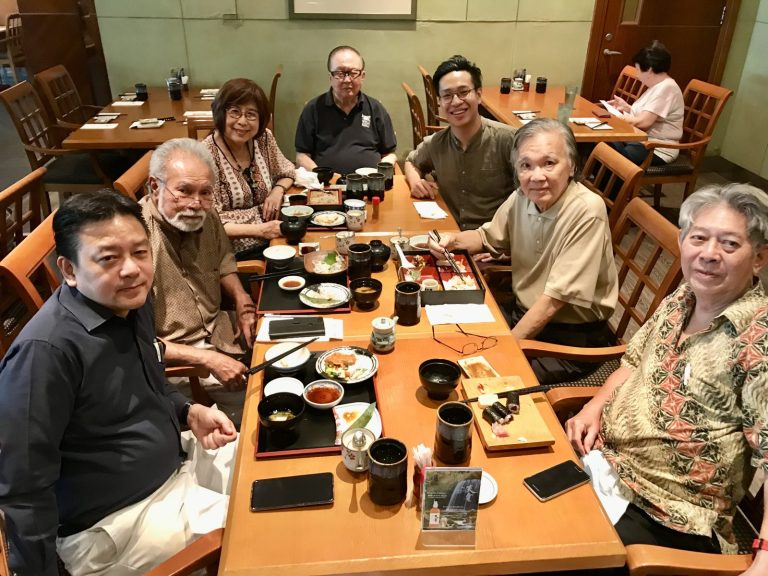 Looking back, it seems remarkable that we became friends, across the 55 years (nearly the age of Singapore!) that separated us. It was entirely a chance encounter. I was browsing a bookshop in Singapore seven years ago, and found a copy of Ways of Exile, a collection of Wong Phui Nam’s poems published by Skoob Books in 1993. What I read astounded me. The opening of ‘How the Hills are Distant’, first published in Bunga Emas all the way back in 1964, must count as one of the most arresting beginnings in contemporary Malayan (i.e. Malaysian and Singaporean) poetry in English:

When I am dead

and the old man, the river,

after a night of rain among the hills

should come upon me,

I shall only stir

I was completely beguiled. Even as I read it out to myself now, in the quiet of my home, I am entranced by sonority of each syllable. I had to make contact with this man. The Malaysian-born Singapore poet Aaron Lee provided me his email address, and the rest is happy history.

Over the years, we kept up steady correspondence. I was struck by his humility despite his accomplishments, his constant interest in the world, and his openness to changing his mind. (Once, he even claimed that my own poetry had “unsettled” him and shaken his cage, and that he might have been “too earnest” in his conception of poetry.) There were no airs about him, even though he could have easily styled himself an unofficial poet laureate of Malaysia. That he was relatively unknown and unread in Singapore and across the world—and I daresay even in Malaysia—was to me a travesty. With his blessing, I wrote up his entry in poetry.sg, a web encyclopedia of Singapore poetry, to bring him to a wider audience. That essay, along with the editorial work I did with him for the revised edition of The Hidden Papyrus of Hen-taui (2019), will count among the most satisfying of my literary accomplishments. 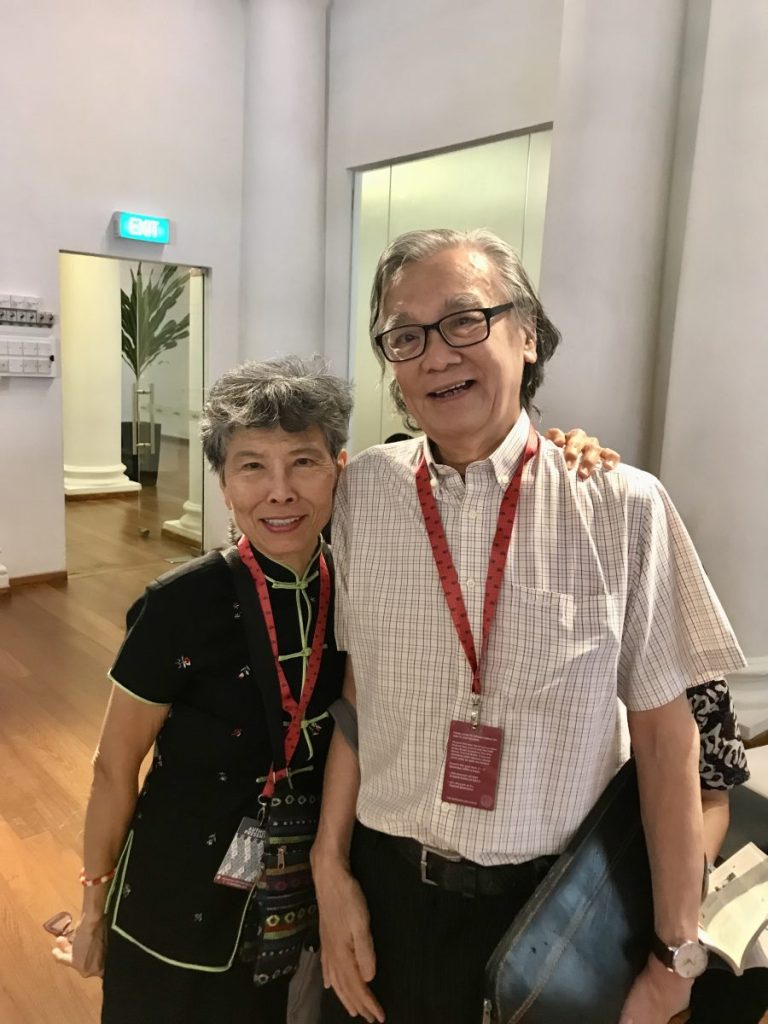 To read Wong Phui Nam’s poetry for the first time is to be confronted with a dark lyric magic quite unlike any other in this part of the world. Let us return to the seminal ‘How the Hills are Distant’. It’s a tour de force, an epic sequence of twenty poems charting the poet’s Orphic quest for a suitable music for himself and the peculiar cultural and linguistic landscape surrounding him. (Mr Wong’s first love was music, and he has described himself as a “failed musician”.) Like so many writers in postcolonial Malaya, Mr Wong struggled with the paradox of attempting to write a national poetry in English. Others, like Wang Gungwu, failed to resolve these contradictions, and abandoned writing in poetry in English altogether. These poems, and perhaps all of his oeuvre, stand as hard-won testaments and memorials of these trials. They reflect his digestion and transmutation of the modernists and French symbolists (such as T. S. Eliot, Hart Crane, Wallace Stevens, Baudelaire and Rimbaud) into a personal idiom. In his own words, “I have written these poems for those who truly understand what it means to have to make one’s language as one goes along.”

This struggle was not merely metaphorical. When Mr Wong was studying at the University of Malaya, his efforts to write poetry (along with fellow aspirant poets Oliver Seet and Tan Han Hoe) were looked at with great suspicion by the University’s English literature lecturers, who did not believe allegedly non-native speakers could ever write English poetry worthy of reading. One particularly vicious lecturer apparently conspired to break up these guerrilla poetic endeavours, threatening to fail those who associated with Mr Wong and his ilk. Even after the breakthroughs of the 60s, Mr Wong lapsed into a long and difficult silence for two decades. Malaysia passed the National Language Act in 1967, establishing Malay as the national language. Then came the promulgation of the National Culture Policy of 1971, an aftereffect of the 13 May 1969 ethnic riots, which asserted that the national culture of Malaysia had to be based on the indigenous culture of the region, relegating literature in English to a sectional literature. This provoked “grave doubts” in Mr Wong. He “felt then that, by writing in English, perhaps I would never be able to draw on the ‘authentic’ life of this country”.

Despite this second setback, he could not restrain the Muse. Re-emerging in 1989 with Remembering Grandma and Other Rumours, published by the National University of Singapore, Mr Wong mixed the personal and mythic in equal measure, mining his familial history and Egyptian symbols to depict the cultural barrenness and “naked psyches” of the migrant milieu he emerged from. It contains my personal favourite set of poems, “For a Local Osiris”, which imagines the journey of an Osiris figure transplanted to a Malayan landscape. Mr Wong’s obsession with Egyptian myth would extend to his very last book, The Hidden Papyrus of Hen-taui, wholly set in Ancient Egypt, a deeply meditative work wrestling with questions of the afterlife and transcendence, reflecting the spiritual preoccupations of his later years.

From the vantage point of the 2020s, Mr Wong’s fears of a cultural wilderness and the agonies associated with language choice may seem quaint. Yet a closer examination of our lives today will reveal to us that these concerns remain pertinent as ever, if not more so: we still live in societies obsessed with consumption and lifestyle, now cloaked in the trappings of craft and authenticity. Any writer in Singapore and Malaysia should take seriously the question of what it means to write in English, especially as the traditional Anglophone centres continue to exert their overweening influence. We should not leave Wong Phui Nam “an evil-smelling,/unwashed prophet railing at bus-stands at indifferent crowds” (‘Candles for a Local Osiris’), without honour in his home country. We need to read, and heed, him.

Wong Phui Nam is survived by his wife, Khatijah, three sons and a daughter.

Daryl Lim Wei Jie is a poet, translator and literary critic from Singapore. His latest collection of poetry is Anything but Human (2021), which has been shortlisted for the 2022 Singapore Literature Prize. His work has been featured in POETRY Magazine, Poetry Daily and The Southwest Review. His poetry won the 2015 Golden Point Award, awarded by the National Arts Council, Singapore. He edited Food Republic: A Singapore Literary Banquet (2020), the first definitive anthology of food writing from Singapore. He is putting together an anthology of Malaysia-Singapore writing, entitled The Second Link. 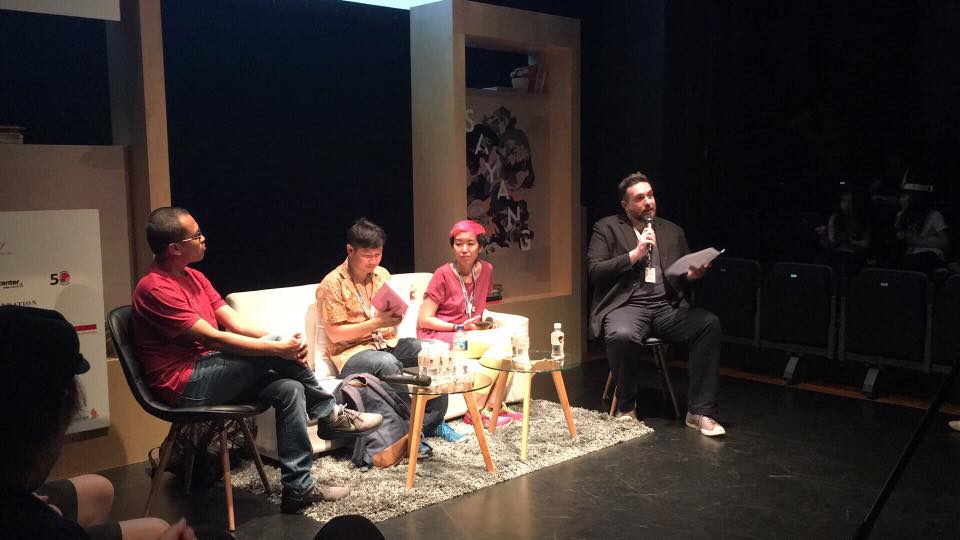 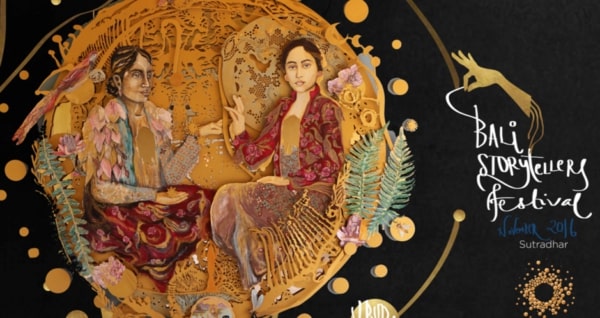