“The Mnemonics” by Fang-Tze Hsu addresses the legacy and reverberations of the inaugural Taipei Biennial: Quest for Identity in 1996. Revisiting the production and the propositions, Hsu questions the way we process information in the deconstruction of expositions through the utility and duration of the medium, artist statements and manifestos. – Qinyi Lim

With Qinyi’s generous invitation, in response to this invited imbroglio, a biennial, especially the one right in front of us, I took the vehicle of fiction to revisit the past that I was not a part of, but was inevitable to be the result of. In 1996, there were six of them—all male and prominent personage in the cultural scene of Taiwan—appointed as guest curators for the inaugural Taipei Biennial. Although, at that time, none of them held a position in any of the state-run museums. Instead of working collaboratively with an overarching theme, these guest curators came up with independent subjects, and each of them produced a curatorial statement in conjunction with a list of participating artists. There was even a statement delivered as a manifesto. Anchoring upon the common task of seeking Taiwanese artistic identity, they came on board with an awareness and even faith to bridge the local and global through this exhibition mechanism called “biennial”. How could that word work almost like a charm to proclaim/reclaim the lost legitimacy as an internationally acknowledged nation-state, and, in the case of Taiwan, under the circumstance of a collective cultural psyche with an identity crisis? Furthermore, there should be another follow-up question after this inaugural event, the Taipei Biennial. What is the promise of foreignness within the context of this mega exhibition-making, the biennial, while seeking artistic subjectivities regardless of the critical meaning of the keyword subjectivity? Bearing these questions in mind, I browsed through the website Declaration/Documentation: Taipei Biennial, 1996–2014 and filtered down a list of project titles. The only parameter of this solo exquisite corpse is the nationality of the artist or artist group, and there are only those who originated from the tricontinent (refers to Africa, Asia, and Latin America). In conjunction with interviews conducted with some of the selected artists on the list, I allow the title of their artistic project to guide my writing as an acknowledgment to the Taipei Biennial 2016—Gestures and Archives of the Present, Genealogies of the Future: A New Lexicon for the Biennial. – Fang-Tze Hsu 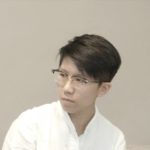 When you walk into the Thirdworld, there will be a Dark Room right at the center in the Games of Democracy, and you can complete your registration there”. It is a line handwritten on the back of the portrait photo of Amrita Dreaming, in which the spacing between the lines is too precise, and, therefore, those notes neither belong to anyone from the The Museum of Incest nor to anyone from The Building of Administration of Justice. The cinematic setting of Thirdworld welcomes the audience with a moment of liminality represented by the immersive experience of the black box theatre in accordance with the loop of those silenced social memories singing Duet in the Courtyard. An inexperienced familiarity stimulated by the sound of footsteps on the marble floor resonates with the movement of Charlie Chaplin in the scene of his last silent film, Modern Times, where he works diligently on The Factory assembly line. Sometimes, the singing also triggers flashbacks with photographic images of a flock of people lining up like a ruptured Family Parade from a remote island situated right in the middle of the Taiwan Strait. The random Family Album has no obligation to be acquainted with the Antiquated Music. Similar to the the portrait photo of Amrita Dreaming in the palm of poetics, between the recognisable inaudibleness and the physical intimacy, there lays a fortunate contingency in rescuing the common consensus to establish a social contract by transforming spectators into witnesses. However, there is a noticeable Site of Desire embedded in these photographic remembrances, but one can no longer distinguish whether these desires are part of the image or not. Partially due to the exultant Ventriloquist performers and the repertoire presented in front of them, those who pick up these photographic objects could easily neglect these subtle whispers inhabiting upon the pictorial terrain.

Following the outer wall of Formosa Club, even though those Ventriloquists chanting in acapella persistently occupy the soundscape, the succinctly promising inscription behind the portrait photo of Amrita Dreaming seems to encourage those who pick it up to pursue an Unfinished Conversation and hence to take on the journey of uncertainty. Standing right at the junction of Superficial Life, one can’t help but ask him/herself why there is always a Meditation in the Endless Tape of the Future-Past. By holding a photographic object making a ticking clock sound, again, one can’t help but ask him/herself is this The Reason for Running. Since the smile of Amrita Sher-Gil (1913–1941) never fades, contemporary life has gradually turned into an Ephemeral Cinema critical reassessment of memory affordance in relation to these micro-temporal repositories that imply an urgency for the time-based sociological reflection on the Fullness of Life. Being a painter, Amrita continues to depict herself and others as her voyage continues. Captured on Camera, her image transforms into a public space where feminism, orientalism, colonialism, and nationalism confront the Post-Impressionism. Regardless of what has superimposed upon Amrita and what type of categorisation intends to represent her, her smile never fades. Whether or not one picks up her photo from the ground because of her smile, that person has then been bridged to Amrita and spiritually lodged in the Happiness Building.

“On Universe, One Nation, One God,” the message somehow reverberates through the Broken Mirrors in the minds of spectators while they walk down the pathway beside the Formosa Club. All of a sudden, the gibberish made by the common sentiment of Unwilling-to Part-with-the-Worldly is soon overcome by the presence of the beloved group of Village Storytellers well-known by those who live in this Archipelago. Circling around the Round Table, with obvious reluctance to interact with whoever is passing by, the Village Storytellers’ deliriums are usually beyond the authenticity of the reality and above the pigeonhole of spoken words. Here is a gentle reminder. Please avoid touching anything labeled as History Images. Since those storytellers quietly dwell in The Museum of the Monster that is History, they tend to contain their sobriety by ambiguously answering questions regarding their occupancy status of dwelling. If You Take it Seriously, the portrait photo of Amrita Dreaming can be more than a document and rather a guiding device assisting you to open the Red Gate of Identity. “Who are you, my dear spectator?” Village Storytellers concurrently raise the question. They walked towards The Door of Four Seasons and cradled the parcel of Fossil in Hiroshima on their palms. Indeed, they were deliberately asking the question in order to disregard the heat of these radioactive objects on their palms. Yet, this is not the reason of their gentle inquiry. It was partially because of  the circumscribed cubicle setup of the Formosa Club and partially because of Some Actions Which Haven’t Been Defined Yet In The Revolution; the question brought up by those Village Storytellers could eventually create a further obstacle for the spectators to Across Identities. In a sense, at the moment when the instruction was being picked up, these Village Storytellers had already know better than anyone that the spectators would either indulge themselves in the a Dark Room or be trapped by the Games of Democracy.

In the center of this Maze Theater, a site with enormous amount of synonyms, whoever walks in would be haunted by the Golden Ghost that can trace its own genealogy back to the establishment of Zeelandia Memorandum. The ghost remembers every detail written on the memorandum as those words, to some extent, are The Un-erasable, but the ghost can’t recount that Blue Winter when Heaven Asks. Underneath the Wish Tree, there is the Production Line of mythology, and the Golden Ghost comes daily to redeem his humanity erased by his overloaded memory of historical facts. The process is handled by the Female Natives and Medicine Men as a way of Conflict Management for those who have trouble in reconciling with their past. Remembering what’s been forgotten is always the first instruction assigned by the duo, and the follow-up question is usually about the length of Europe Resurrection. And, the Golden Ghost would answer, “It runs for 5 minutes on 35mm film reels”.

Fang-Tze Hsu is an independent researcher and curator. She holds an MA in curatorial studies from the School of the Art Institute of Chicago and is a Ph.D. candidate in the Cultural Studies in Asia programme of the National University of Singapore. Hsu has also contributed to ARTCO Magazine (Taiwan), LEAP (China), and the online art criticism platform, No Man’s Land.

Lee Weng-Choy is president of the Singapore Section of the International Association of Art Critics (AICA SG). From 2000 to 2009, he was Artistic Co-Director of The Substation arts centre. Lee has taught at the School of the Art Institute of Chicago, the Chinese University of Hong Kong, and the Sotheby’s Institute of Art, Singapore.