The Singapore International Festival of Arts 2018 is just over a month away, and the programme offers an extensive palette of art and performance not only from Singapore but also as farther afield as Germany, Palestine, India, Cape Verde, and more. It’s hard to define or label the types of shows on offer: some are wildly genre-bending and experimental, while others remain true to a sense of classicism and tradition; there’s a distinct bent towards the literary and lyrical in the programme, but at the same time so many are more multi-sensorial; still others have a strong a focus on movement, the spatial, and the corporeal. 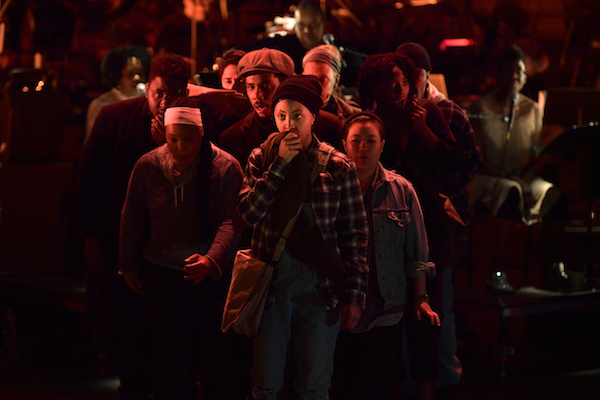 In December 2017, artist Toshi Reagon started a Kickstarter campaign towards a project that she and her mother, a performer and writer, had been developing for several years: a music programme based on American science fiction writer Octavia E Butler’s 1993 novel Parable of the Sower. Their dream was quickly realised, and mere months after its premiere in New York City in January, it flies halfway around the world to see its Southeast Asian premiere here in Singapore.

We’re excited about this new music programme – its plot seems strikingly prescient, and it’s fitting story for our times: set in a dystopian future dealing with climate change, political demagoguery, issues of race, class and gender, a young female protagonist, who is as strong and powerful as she is sensitive and empathetic, strives to change her world for the better. It’s got elements of science-fiction, socio-political advocacy, African American spiritualism, and fantastic music all in one production.

Octavia E Butler’s Parable of the Sower runs 4 – 5 May at 8pm at the Victoria Theatre. Tickets are priced at $35 and $50, with limited concessions, and limited student prices at $10. 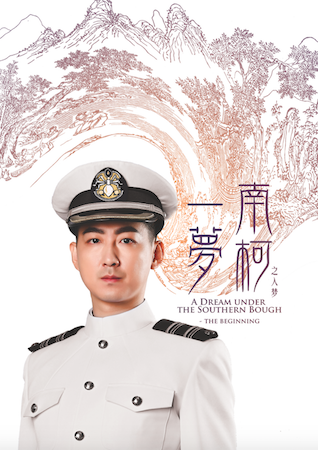 2. A Dream Under the Southern Bough – The Beginning 《南柯一梦》 by Toy Factory Productions TOY肥料厂 (Singapore)

“When existence in dream is more perceptible than reality, do you wake up or stay asleep?”

In this modern-day spin on the classic Ming Dynasty opera, Toy Factory plays along the subtle divide between reality and dreamscapes. It’s a 21st century adaptation of a Kun opera from the 16th century by renowned Chinese playwright Tang Xian Zu – no easy feat by any means, but award-winning director and Toy Factor founder Goh Boon Teck is up for the challenge. A disgraced naval officer slips into an oneiric other-world while snoozing under a tree – where he discovers an Ant Kingdom. As the plot thickens, the audience is led to question the nature of time and reality, offering a curious and philosophical story to ponder about long after curtain call.

A Dream Under the Southern Bough – The Beginning runs 30 April – 1 May at the SOTA Studio Theatre. Tickets are priced at $35, with limited concessions.

Playlist #1 is not so much a dance performance than an anthology of ballet works from renowned French choreographer Angelin Preljocaj’s extensive and variegated repertoire over the past 14 years. In Preljocaj’s career he has worked with the likes of experimental composer John Cage and fashion legend Jean Paul Gaultier, and has created work for the Paris Opera. Playlist #1 treats us to a eclectic degustation platter of Preljocaj’s work, as we get a glimpse not just into Preljocaj’s movement vocabulary, but also into his interest in incorporating other elements in his work, such as text and symbols. 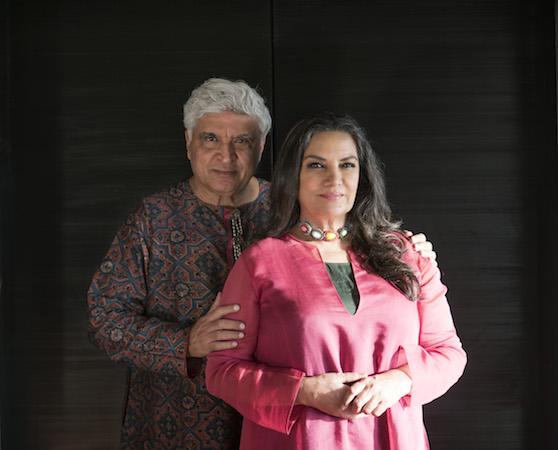 4. Rhymes of Love: An Evening of Poetry and Conversation with Javed Akhtar and Shabana Azmi (India)

A widely esteemed power couple embodying the finest in art, performance and literature, acclaimed lyricist and poet Javed Akhtar and his wife, award-winning actress Shabana Azmi, take the stage together for an intimate and enchanting 90-minute performance of Urdu poetry, where Javed will recite his poetry in Urdu while Shabana recites the same in English.  This will be followed by a tête-à-tête on the arts, social activism, film and literature. We’ve heard Javed’s evocative music and lyrics in several Indian films, from epic blockbusters like Om Shanti Om to lighter comedies like Wake Up Sid, and we’ve seen Shabana in thought-provoking and socially pertinent films like Deepa Mehta’s Elements trilogy, as well as on stage in Singapore Repertory Theatre productions like 2006’s Betrayal. We’re excited for this opportunity to inhabit their inspiring world for an evening.

Rhymes of Love: An Evening of Poetry and Conversation with Javed Akhtar and Shabana Azmi plays 27 – 28 Apr, 7:30pm, at Victoria Concert Hall. Tickets are priced at $35, $60, and $80, with limited concessions, and limited student tickets at $10.

5. An Enemy of the People by Schaubühne Berlin (Germany)

6. In Conversation with Thomas Ostermeier

As a follow-up to the Southeast Asian premiere of Enemy of the People, don’t miss this chance to hear from the legendary, award-winning artistic director of Berlin’s Schaubühne Theatre, on the production and his career that includes 18 years leading the company.

In Conversation with Thomas Ostermeier takes place on 11 May, 6pm at Esplanade Theatre Circle 3 Foyer. Entry is free with registration.

Hlehel will perform in English as directed by Amir Nizar Zuabi, founder of theatre company ShiberHur. TAHA presents a profound themes in a deceptively simple, minimal set-up of a bench and a yellow square. We’re looking forward to gentle, thoughtful and moving poetry this evening.

Hailing from New York City, classical music composer Nico Muhly debuts in Singapore in collaboration with Singapore-based musicians, including pianist Lim Yan and young percussionist Ramu Thiruyanam, as well as American co-performers. This 90-minute showcase is a tour of Muhly’s expansive repertoire, with such eclectic inspirations such as minimalism and the Anglican choral tradition. He has composed for indie films, Academy Award winners, and big Broadway productions. The genre-defying performer has also worked with a variety of unlikely collaborators: from Bjork to the Paris Opera Ballet.

Catch Nico Muhly Speaks Volumes on 12 May, 8pm at the SOTA Drama Theatre. Tickets are priced at $40 with limited concessions.

It isn’t a stretch to say that we live in an Orwellian age: ubiquitous government surveillance and ominous demagogical slogans come as no surprise. This mid-20th century novel, a modern classic, is revived for the stage by British theatremakers Robert Icke and Duncan Macmillan and, since its world premiere in 2014, has already wowed audiences from the West End to Broadway and across the world.

Remember that spoken-word poem by Neil Hilborn that went viral a few years ago? The poem OCD speaks poignantly about the poet’s struggles obsessive-compulsive disorder and the toll it takes on the one he loves. Israeli dance company L-E-V’s inspired choreography transposes these aching words into a stirring dance performance to the sounds of techno music concocted live by DJ Ori Lichtik. It promises to be a raw and visceral show, stylistically abstract, yet clear in its message of the pain of longing and love, and the many spaces and missed connections between people, that paradoxically draws them together as much as it threatens to pull them apart.