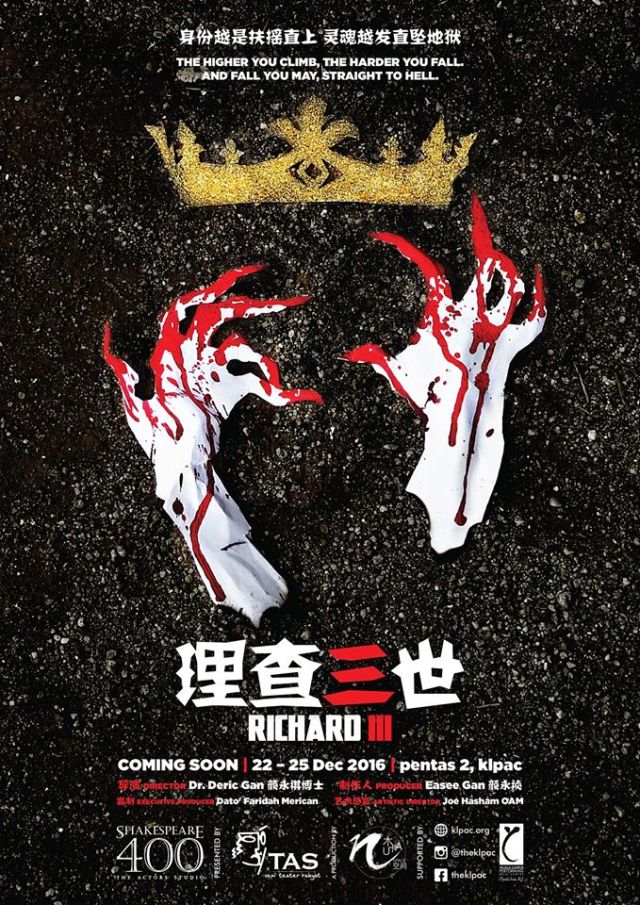 In Mandarin with English and Mandarin surtitles, this rendition of Shakespeare’s historical classic about the ruthless and ambitious Richard III celebrates the 400th anniversary of the death of William Shakespeare. It marks the concluding production of the Shakespeare 400 Festival, KLPAC’s year-long multi-lingual, cross-disciplinary commemoration of the master playwright’s legacy.
More information.

Teater Kota Kelip-Kelip 2016
by Teach for the Needs
Penang Performing Arts Centre
24-25 Dec, 8pm
Kota Kelip-Kelip (City of Fireflies) is a whimsical story telling the story of two friends who had lived in an orphanage called Rumah Seri Muda. The play unfolds and the two friends meet and reflect on memories from the orphanage together.
More information.