In examining the  legacy of  the  late, celebrated Malaysian playwright Jit Murad, Fasyali Fadzly identifies the shoulders that Jit stood on, and the way his works, in turn, provide pathways for future theatre makers.

Even though I am a Malaysian theatre practitioner, I am not friends with Jit Murad. We are divided by differing practices, backgrounds and generations. Perhaps Jit did not know me. Perhaps. With so much that sets us apart, maybe this is the only way for us to share the same space – in this narrowest of spaces. When I read fellow artist friends recounting stories of how they had worked together with Jit, watched his performances, remembering moments of chatting and joking around with him, it makes me feel like I am missing something. I only admired Jit from afar and looked for his voice within the spaces of his writing, which is becoming harder and harder to find. As of this moment of writing, the veteran Malaysian playwright, writer and director Jit Murad left us ten days ago – on 12 February 2022 at the age of 62.

My one and only meeting with Jit took place in the Damansara Performing Arts Centre in 2017, when I requested for his signature after buying his book of plays, Jit Murad Plays, published by Matahari Books. I had just bought the book after attending a private film screening of one of his most important works, Spilt Gravy on Rice, the black comedy about an ageing patriarch and his five children from different wives, which had been adapted by Malaysian film director Zahim Albakri. Till today, the film has never been screened in public in Malaysia, despite having been released in 2015. I’m not sure why. There are rumours that the final cut of the film was plagued by a spectre – the Film Censorship Board. I’m unable to verify these rumours.

That was the first time I had the privilege of enjoying Jit’s work. The second time was when I read his play scripts. The third would be in 2019, with the revival of Gold Rain & Hailstones, a play about four returning young Malaysians, directed by Gavin Yap and produced by Instant Cafe Theatre. This new adaptation was said to be a departure from the original version, which was first staged in 1993 at the British Council. Yap’s version, presented as part of Instant Cafe’s 30th year anniversary, featured four actors (Farah Rani, Ghafir Akbar, Redza Minhat and Sharifah Amani) and impressive scenography. The first staging, which had been directed by Zahim Albakri, had only two actors, Jit himself who played the characters Man and Jay, and Lin Jaafar as Amy and Nina, and a simple set.

That night in 2017 when I first met Jit, I noticed that he had aged visibly compared to what I remember of his past appearances on TV. But he was still joyful as he mingled with his friends and fans, including my wife and I. Besides the film itself, Jit was the main draw of the night. Everyone was there to see him, to exchange pleasantries and have a quick chat. I got his signature and we snapped a quick photo. And that’s the long and short of the degrees of separation between me and Jit Murad.

As a theatre practitioner from a younger generation, I got to know of Jit somewhat late. Even though I had a formal theatre education, my university syllabus did not expose me to his writing nor that of his peers. We were taught to focus on Malay language plays and the contributions of an earlier generation of writers. It was only after I had completed my studies that I immersed myself in the works of playwrights like Jit who were instrumental in the expansion of Malaysian theatre, as well as others like Kee Thuan Chye, Leow Puay Tin, KS Maniam, Huzir Sulaiman and Mark Teh. The impetus was my own realisation of the importance of learning more about the developments in local theatre. The works of these writers did not fit the conventions of the “national theatre” of the time, which hinged largely upon the use of the national language – this was the reason for my late discovery of Jit Murad and his compatriots.

“I want you to style your hair like Jit Murad, smile like Jit Murad,” I recall my wife telling me once. She thought our mannerisms were alike. Of course she made these observations based on Jit’s many TV appearances. Besides the stage, Jit performed for TV, in shows like Ah-Ha, Dunia Rees dan Ina and Neon and film, such as Talentime (2009), Selubong (1992) and Mat Gelap (1990). She saw our similarities – our chosen field, our similar hairstyles and admittedly, we even smiled the same. But I only saw our differences. To me, Jit was sharper, funnier, more woke and much more courageous. He brought a sense of free spiritedness to his plays. A free spiritedness of a Malay person who had privilege in Malaysia, but who is sensitive to the privileges he possesses. He did not bear these privileges lightly, nor did he use it to ridicule others in society.

Some people liken Jit to the English playwright Noel Coward. Sure, his dialogue and commentary about society bears some similarities with the plays of Coward. Yet, I saw more connection between him and the realist Malay writer Bidin Subari, who was active in the 1960s. Both wrote comedies that exposed the realities of society and the ills of the urban population. There were differences in the tone of their dialogue and their humour, but to me both were writers who dared to expose the hypocrisies of society, and issues related to the prevailing mindsets of the Malays of their respective times. However, to me Jit went even further, revealing issues that were much more intimate and personally revealing, delving deep into questions of individual versus communal identity, conservative versus liberal ideals, and taboo topics within the Malay society. Jit was a true ally of his marginalised characters on the basis of racial, gender identity and more, such as with Amy (full name: Aminah) in Gold Rain & Hailstones and Husni from Spilt Gravy on Rice.

As a theatre practitioner, I often compare myself to the pioneers of local theatre, especially examining how they positioned themselves within society. Through his stories, we see how Jit validated and gave voice to his own concerns as an educated Malay person who came from a comfortable economic background. Yet, he carefully used his privilege, not wanting to abuse it – for me this was the biggest lesson I learnt from him.

If we wanted to, we could certainly place Jit in the realm of Malay playwrights such as Bidin Subari, Noordin Hassan, Syed Alwi, Zakaria Arifin and others, and trace how they’ve presented Malay issues on the stage over the years. But to me, Jit removed himself from this framing. He did not rise off the legacy of the Malay playwrights of the past, but arrived on the strength of his own voice. Jit was also not of the generation that was directly affected by the tragedy of May 13. The racial riots that took place in 1969 had resulted from the Malays being left behind in society, especially in terms of economy and education. Earlier Malaysian playwrights explored themes related to this, wanting to shift the mindset of the Malays, into being more competitive and motivated to contribute to the development of the country. In his works, Jit appeared less interested in looking at the direct impact of the tragedy, and more focused on the side effects of policies that came in the wake of May 13 – namely that of the New Economic Policy (NEP), which aimed to restore and strengthen the Malays economically, and the National Cultural Policy (NCP), geared at fostering a multicultural Malaysia as a way of overcoming the country’s race issues.

There is no direct commentary about these policies in Jit’s plays, but it is through his characters that the flaws of these policies can be deduced and their failures to effectively solve social ills, revealed. Till now, the NCP, with its ambitions to build a strong and cohesive social identity, is still seen as a flawed policy. How can the “Melayu celup” (Malay in name) characters in Jit’s works be positioned in respect to the NCP?

The same goes for the socio-economic backgrounds of his characters. Most of his characters are those who have benefited from the NEP – Malays who are well-to-do and well-educated. It is this very education that gives them a voice, one that was once kept silent because of economic backwardness. From my observation, this was Jit’s way of responding to these policies that have shaped modern Malaysia. If these plays had been written in more recent times, surely income classification terms like M40 and T20 would have peppered the dialogue to explain the backstories of these characters, particularly their socio-economic backgrounds. Class in Malaysia was the main fodder that Jit exorcised through comedy, through his signature  brand of wit.

Now, Jit is no longer with us. Even before his departure, there were no new works for me and my peers to enjoy and experience. But what we do have now are written accounts about his works by those who had worked with him, stories about his wit, his sharpness and his intellect. His plays will continue to be his long-living legacy for future generations. In the past week, so many have written moving tributes to Jit, about his personality and his work. Reading these words have become a way for the younger generations to access Jit and get to know him better.

Jit’s name will forever be etched within the annals of Malaysian theatre history, as a playwright who cared deeply about his country and its people. Jit gifted us with his unique way of releasing restlessness and discomfort through humour. He taught me that being Malay in Malaysia comes with using our privilege with great care. To never laugh at others, only ourselves. To open our eyes to what we see around us. Thank you Jit, for all the inspiration you have left for our generation, the ones who are always restless. Your imagination will always make us smile.

For further reading:
Facebook post by Pang Khee Teik
My tribute to Jit Murad, for The Star by Niki Cheong

This article was originally published in Bahasa Melayu here.

This article was written in Fasyali Fadzly in Malay and translated into English by Nabilah Said. 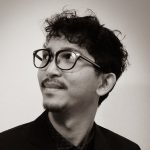