Skip to content
Alia Swastika, the Director of the Jogja Biennale, offers a bold analysis of ruangrupa’s documenta fifteen, one that frames their artistic direction as an opening of new pathways that are long overdue.

Indonesian collective ruangrupa successfully introduced the global art world to the value of resource sharing and collective imagination through lumbung, the core curatorial concept at documenta fifteen, which opened on 18 June 2022, and ended two days ago, after it’s 100 day run. Lumbung is positioned as the metaphor for a community’s self-sufficiency—the local knowledge produced and practiced long before colonialism and modernisation—that had been threatened by various parties, including state and religious institutions. These communities have had to confront the massive propaganda of economic growth that erased their knowledge and intervened in their way of life, including a disruption in their ecological system. By presenting lumbung, ruangrupa and other collectives at documenta fifteen foregrounded their agencies and voices in the spirit of decoloniality.

In a conversation, Ade Darmawan, one of the co-founders and members of ruangrupa, mentioned that the collective did not consider the word “exhibition” in curating this edition of documenta. This desire to expand the concept of the event certainly challenged the commonly held perception of curatorial methodology, the sense of space and place, as well as public engagement. In this context, I think it important to underline that the form of documenta—as exhibition or art festival—had, itself been reformulated against certain, established definitions: from the curatorial process, the selection of art works, even the formulation of the catalogue. documenta, when it was first launched decades ago, was shaped by an ideological world view, in the same way that lumbung is. However, one is able to cloak its specificity under the guise of being “universal”, while the another, tellingly, is not.

Thus, keeping the collective’s intention in mind, the debates about whether process-based presentations should be considered art or not, should not be relevant anymore. documenta fifteen strongly claimed art as a platform for human connections—a celebration of friendships and collective spirits—rather than a creation process based on individual genius. As artists and collectives invited by ruangrupa to documenta fifteen come from different contexts and backgrounds, there was a wide range of themes such as racialism, ecology and food politics, art and activism, sexism and marginalization of non-binary gender, and many others. The encouraging reviews and praises from the Western-based media and critics do, as the same time, raise the issue of gaze, since their power still dominates, in contrast to reviews written by critics from the Global South. This also reveals the asymmetrical balance of influence. It would appear that endorsement of the ‘Western’ art world is still the strongest indicator of how events such as documenta fifteen are perceived by the global art world. As part of the ecosystem of the Global South itself, the presence and powerful position of ruangrupa, as well as other collectives at documenta fifteen, stands to break the established definition of art practices and project a new cartography of curatorial and exhibition history.

I have been working at the Biennale Jogja Foundation for ten years. Here, we too aimed to propose an alternative definition of internationalism and global art through Biennale Jogja Equator series (2011- 2021). In the process of articulating our vision of a new cartography, we understand it is very difficult to enter, let alone surpass the western-based art ecosystem, given the strong political and economic capital in every aspect, from academic structure, to media share, market spread, institutional policy, and discourse, as well as knowledge distribution.

The momentum created by documenta fifteen and ruangrupa would amplify the visions and dreams we have been trying to scale, even with our limited source. This edition of documenta has enabled the voices of the Global South to be staged in a monumental scale, opening canals and networks to create bigger impacts and discourses. In a way, ruangrupa has exposed the giant myth of documenta by going beyond the limits of global contemporary art defined in previous editions. In the future we can hope that there will be greater attention from the international art world to these processes of decolonization and decentralization of the arts system and art history.

One of the questions to consider is on the notion of translation, not merely in in terms of language, but contexts, memory, living. How do collectives bring forms and vocabularies that are rooted in the particularities of a very specific locale or context where they are based to “exhibit” and “perform” in the context of Western locality and audience? Some of the works in documenta fifteen suggest the reader read, learn and unlearn, as well as explore the possibilities to get lost and enter terra incognita. While the texts, diagrams, documentaries and other forms of knowledge provide tools to navigate ideological positions and learning practices as a commons, how could we fully translate experiences that are deeply embodied in local contexts? This problem of translation also needs to be discussed in the case of the censorship of Taring Padi’s work People’s Justice (2002). In understanding global history, we need to build discussions from different perspectives. This requires a state of openness of all parties involved to encourage self-reflection and self-criticism. What is perceived as truth in one’s history could be interpreted differently in other historical contexts, and there is always contestations of different versions that involve power relations and hegemonic positions. The case of Taring Padi has obviously revealed a gap in the production and dissemination of historical knowledge, where interpretations of historical events from the perspective of the South, of the oppressed, always face challenges from the dominant narrative of Western history.

The mechanisms of Western institutions in maintaining their version of history shows the colonial gaze of power, knowledge and history is all still far from over. The contestation of power between agencies and apparatus in creating public discourse is now being complicated further by proxy and social media wars. We should remember that the issue of anti-Semitism in documenta fifteen was raised well before the Taring Padi controversy. Since January 2022, the project by Palestinian artist collective The Question of Funding, had triggered rounds accusations of anti-Semitism, through a series of  blogs and in the media, spreading out negative reception on ruangrupa’s projects before the opening.

In June, when documenta fifteen officially opened, Taring Padi’s People Justice (2002) banner was open for public. After only one day, there were protests against an image which appears in the banner, and by late afternoon, documenta decided to cover the banner with black fabric. Then, the next day, after long negotiations and conversations, they completely took down the banner. Taring Padi’s People Justice (2002), as mentioned in their statement and various media interviews following the censorship of the work, was produced in 2002 when Indonesia celebrated the first years of freedom expression after 32 years of state control under Suharto’s New Order Regime. The transition period between 1998-2004 itself had witnessed how global politics changes national security policy, and the status quo of militarism in Indonesia.

In more recent times, 9/11, the Iraq war in 2002, the Bali and Jakarta bombings of 2002 and 2004, had each tremendously affected how the West treats Muslim countries including Indonesia; all have greatly changed the political situation between Indonesia and the West, including the increase of support for Palestine as an oppressed state, in Indonesia. Taring Padi’s banner, understood from this perspective, is a form of protest from the artistic collective against these complex Neo-liberal global situations. It is also a critique of the Indonesian government on the silencing of the 1965 massacres and violence, a history that was never openly discussed until the fall of the New Order in 1998.

While underlining the complexities of the world’s problem, the banner explores various visual vocabularies that come from caricatures, fables, juxtaposing local and international symbols that need to be interpreted differently due to different contexts: from where they were created and where they would be exhibited. The disturbing caricature of the Jewish figure has a specific local nuance that is tied to these experiences within the Indonesian context it was created in, but its anti-Semitic nature, which is clearly problematic, is foregrounded when viewed solely from the Western context.

Since then, there has continued to be controversies and ongoing disputes over works and events at documenta fifteen. These controversies and censorships demonstrate how poorly Germany has managed diversities and different understandings and lived experiences of history. Art works, or platforms such as documenta, are spaces of possibilities for artists to articulate critical voices and re-enact significant historical moments that point to  injustice, inequality, repression and violence, racism, sexism and others. Yet, these values of openness, often lauded in the West as the distinguishing feature of their societies, in comparison to the Global South,  appeared to have met its limits in ruangrupa’s vision of lumbung.

Taring Padi released a statement in which they acknowledged the mistake and apologized. ruangrupa and documenta fifteen’s artistic team too released statements.  Ade Darmawan, representing ruangrupa and documenta fifteen, presented the context and situation of Taring Padi’s work in front of the German Parliament. The question is, were  there efforts from Germany’s side to learn the histories of other parts of the world? The trauma of violence—coming from colonialism, the war, and post-war conflicts—is a trauma shared by the world at large. It is a trauma which still persists today, so the willingness to learn and understand one another’s experience is significantly needed to be able to resolve these difficult discussions with humility, equality, and empathy.

In a critical time when there is a growing awareness of racial tension through the Black Lives Matter movement, solidarity against anti-Asian violence and other crucial social changes, it is important to claim the Global South as one symbol and practice of solidarity. It is this spirit that will keep us connected. In some ways, documenta fifteen could be a milestone in reclaiming the struggle of re-imagining a new world since the Bandung Conference in 1955. Various projects by different collectives presented in documenta fifteen have enabled the possibilities of new imaginations and utopias of our world today and speculation of the future, one which comes from people of the Global South. It is a dream of healing the trauma of the oppression, and standing together on our own terms.

This article was edited by Kathy Rowland and Goh Sze Ying. To read ArtsEquator’s other articles about documenta fifteen, go here. 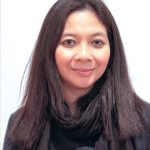 Alia Swastika is the director of the Jogja Biennale Foundation in Yogyakarta, Indonesia and is actively involved as a curator, project manager and writer on a number of international exhibitions. She was co-artistic director of the Gwangju Biennale IX (2012): Roundtable and director of the Biennale Yogyakarta XIV (2015). She also participated as the curator of a special exhibition of Indonesian artists in the 2012 edition of Art Dubai. In 2017, she curated contemporary art sections at the Europalia Festival, Indonesia where she organized exhibitions in Oude Kerk, Amsterdam, SMAK Ghent, MuHKA in Antwerp and some others. She curated many exhibitions in Indonesia and abroad, including some established and new emerging artists. She is currently researching Indonesian women artists in the period of 1975 to 1990 and had published the first series of publications. She actively writes for various magazines, journals and publications, in Indonesia and international platforms.

1 thought on “documenta fifteen: Dreaming of a New Cartography”