The Tokyo Performing Arts Market (TPAM) was established in 1995. In 2011, TPAM moved to the City of Yokohama, re-branding as the Performing Arts Meeting in Yokohama. The shift of location also signalled a realignment, from showcase to co-presenting, with a specific focus on Asia. Over the past six years, it has developed into an important point of inter-Asia and international contact for artists, producers, and other arts power brokers. ArtsEquator met with Ms. Kozue Nakayama, Yokohama City’s Director General of the Culture & Tourism Bureau, to learn more about the City’s focus on culture and the arts, and how TPAM fits within its overall branding.

ArtsEquator (AE): Nakayama San, thank you for taking time off your busy schedule to speak with ArtsEquator. You built a very distinguished career in the private sector, working for Nissan for 29 years before moving to the public sector in 2011. Why did you move, and what do you feel is the greatest asset that you’ve brought to the public sector from the world of private enterprise?

Kozue Nakayama (KN): Many people have asked the same question. I came here because our current Mayor, who used to be a very famous saleslady, one of the top people at BMW Japan, used her excellent sale talk to “fish” me to the join the government!

AE: She was indeed a very good saleslady!

KN: It’s just a joke, but seriously speaking, she said that she wanted to establish the Culture and Tourism Bureau, and we needed private sector people because it is very difficult to raise money for culture. Furthermore, tourism itself involves private sector jobs. She needed these kinds of capabilities. She focused on me, and I listened to her, and I thought it was a very attractive job for me. Japan once was very famous for its production sector, such as the automobile sector, where I am from. But if we look at advanced countries, they cannot produce at a cheap cost anymore. Such kinds of industries have moved to cheaper locations. What kinds of industries can we produce for the future? For me, I think culture and art could be one of the good things to develop in the future of Japan. When you look at France, or New York, they sell their culture and arts. Yokohama is the second biggest city in Japan and if I moved the City of Yokohama in this direction, we can also move Japan. This is why I moved to the public sector, and became the Head of the Culture & Tourism Bureau of the city.

AE: In your role as a Director General for Culture & Tourism, how do you see TPAM fit in within the overall strategy of the city?

KN: I think it is one of the good opportunities for the City of Yokohama. Because as you know, currently TPAM focuses on Asia. With my expertise in marketing and branding, focusing is very important to develop something. If we have nothing to focus our eyes on, then everything becomes big, too wide. Focusing on the Asian countries, it offers opportunities for the Asian countries [to show their work] and it is also a good strategy for Yokohama. Our city is very famous in Japan; but in terms of international recognition, it’s peanuts. So currently, in tourism, we focus on Asia. Our first objective is to be Number One in Asia. Of course Singapore and Shanghai are very strong [as tourist destinations] but we want to be Number One in terms of culture, arts and also tourism.  This is my dream. We have to have a sense of “to be”. It is very important. 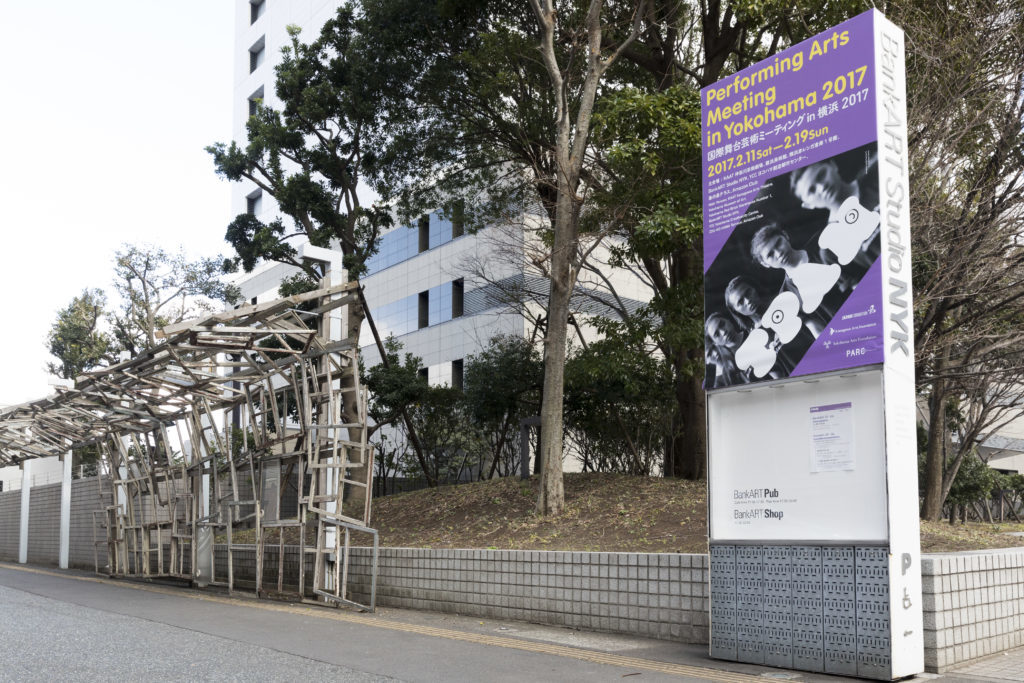 AE:  It’s been 6 years since TPAM moved from Tokyo to Yokohama. At the same time, Yokohama has branded itself as a creative city. What is the relationship between a performing arts meeting and the creativity of a city?

KN: We call ourselves, as you mention, a creative city. To be creative means that everybody should be creative. TPAM is at the cutting edge of performances sites. If we want to be creative, we need something cutting edge. To my thinking, we need such things. We want to be Number One in culture and arts! And of course we have the Yokohama Triennial. Some people say that contemporary art is quite difficult to understand. But such kinds of things are needed. Especially as a local government, we should be open to all citizens. This is one of the obligations for the local government, that we should do culture and arts projects. To educate the next generation, for children to be familiar with culture and the arts. This is very important. And we needed a leading project, and I think TPAM is that project. 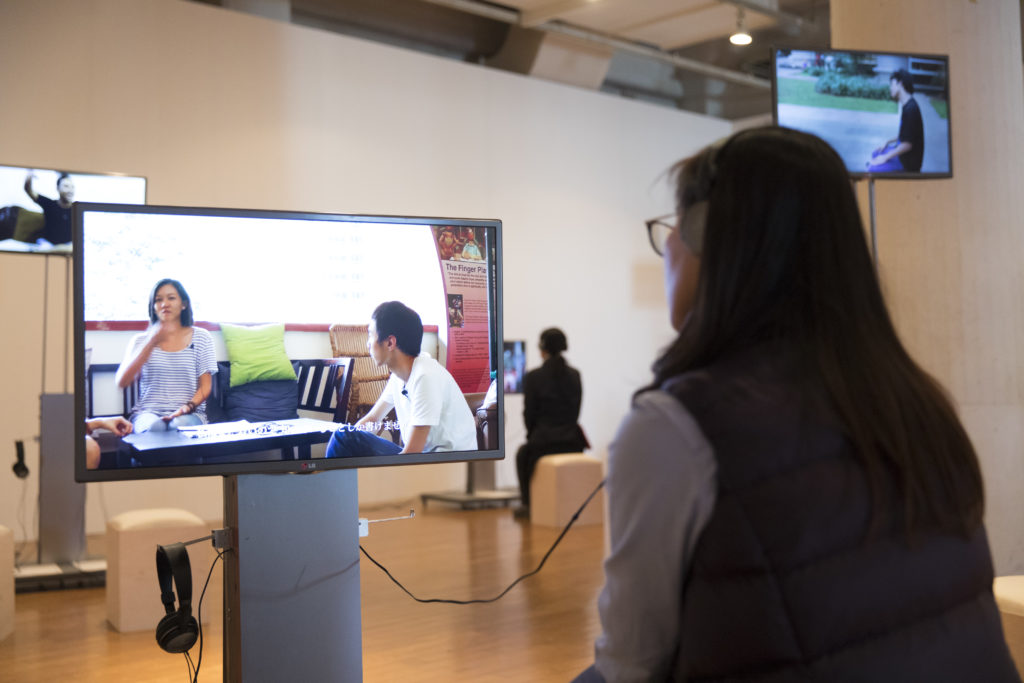 AE: TPAM has moved from being a showcase or presenter of content, to taking on a more active role. Now it seems to be an enabler of content, bringing together creative people and commissioning new works, enabling new partnerships. It’s something that other countries, such as Singapore, Korea and Australia have also been interested in achieving. What is your vision for the future of TPAM, bearing in mind that many other cities are eager to create similar events?

KN: Yokohama has a geographic advantage. We have very nice arts venues, for example Kanagawa Arts Theatre, BankART 1929, Yokohama Creative City Centre and so on, very close to the sea. I always say to my staff we must be proud of this geographical advantage, because the geographical advantage cannot change, cannot be replicated. I am living in Saitama City, which has no sea. We long for the beautiful sea, we seek it out. In Yokohama, the distance between city and the port – it’s very close. And so, when I stay in a hotel in the harbour area, I can walk around by the ports and the sea.

AE: There is a very human scale to the city.

KN: Yes, yes … this is a nice word. Human scale. And Maruoka-san (Hiromi Maruoko, the Director of TPAM) and the other staff have picked up these venues for TPAM. All the guests can walk around and look at the sea, the night scenery and the beautiful city. I think this is the great advantage of Yokohama.

AE: Do you see TPAM and Yokohama expanding in the future?

KN: That depends on Maruoka-san and, of course, on the budget. Money is important! But I strive to support her as much as possible. The population of the City of Yokohama, and Japan, is decreasing. We have an aging population, with our younger generation decreasing. And so, the budget status is not so good. But anyway, we can use knowledge and our brains, and even under a restrictive budget, we can do something more.

AE: The city has invested a lot of money in arts infrastructure, to regenerate the economy, and to build its brand in Asia as a creative city. Can you tell me how these developments also benefit the local residents of the City of Yokohama?

KN: A lot! They can see real, authentic works in person, directly. This is very important. The second thing is that the arts can be one of the educational tools to open children’s hearts. Not only the children but also all human beings can open their hearts through arts and culture. I think arts and culture is a very important tool to solve social problems. I think that when we enhance culture & arts, there are a lot of merits and benefits. 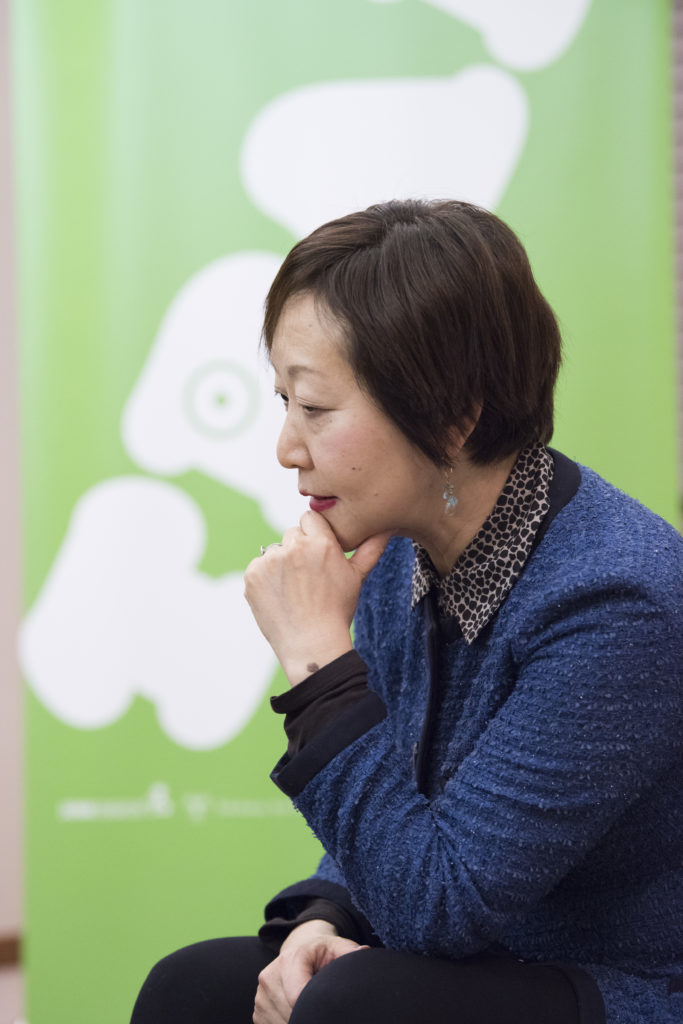 AE: Thinking about the kinds of influences and soft power that cities and nations use, there seems to be a shift now towards partnerships that are collaborative. In the context of TPAM, the move from presenting ready-made works to commissioning and enabling partnerships between Japanese artists and other Southeast Asian artists, is one example. How do you feel that this has enhanced Yokohama’s standing amongst Asian artists?

KN: I want to explain from a very different point of view. Our Culture & Tourism Bureau has had two pillars. The first, is the Creative Children pillar, which means, to educate people – children here not only means actual children, but refers to anyone who wants to learn. The second  pillar is Creative Inclusion. Inclusion meaning to live together regardless of nationality, regardless LGBT and so on. In the City of Yokohama, we have two “Cs”. The past “C” is competition. The current “C” is collaboration. I think collaboration is more important in the future. When different cultures meet, of course there is some conflict.  But if there is no conflict, we cannot grow, we cannot learn new things, we cannot produce new things.  So I think that collaboration is very, very  important. This is the future.

AE: Nakayama San, thank you for sharing your vision for TPAM and the City of Yokohama with the readers of ArtsEquator.com.

Kathy Rowland’s trip to TPAM in Yokohama was made possible by the Asia Centre, Japan Foundation. TPAM 2017 was held in Yokohama from 11 – 19 Feb 2017. For more information on TPAM, visit their site here.