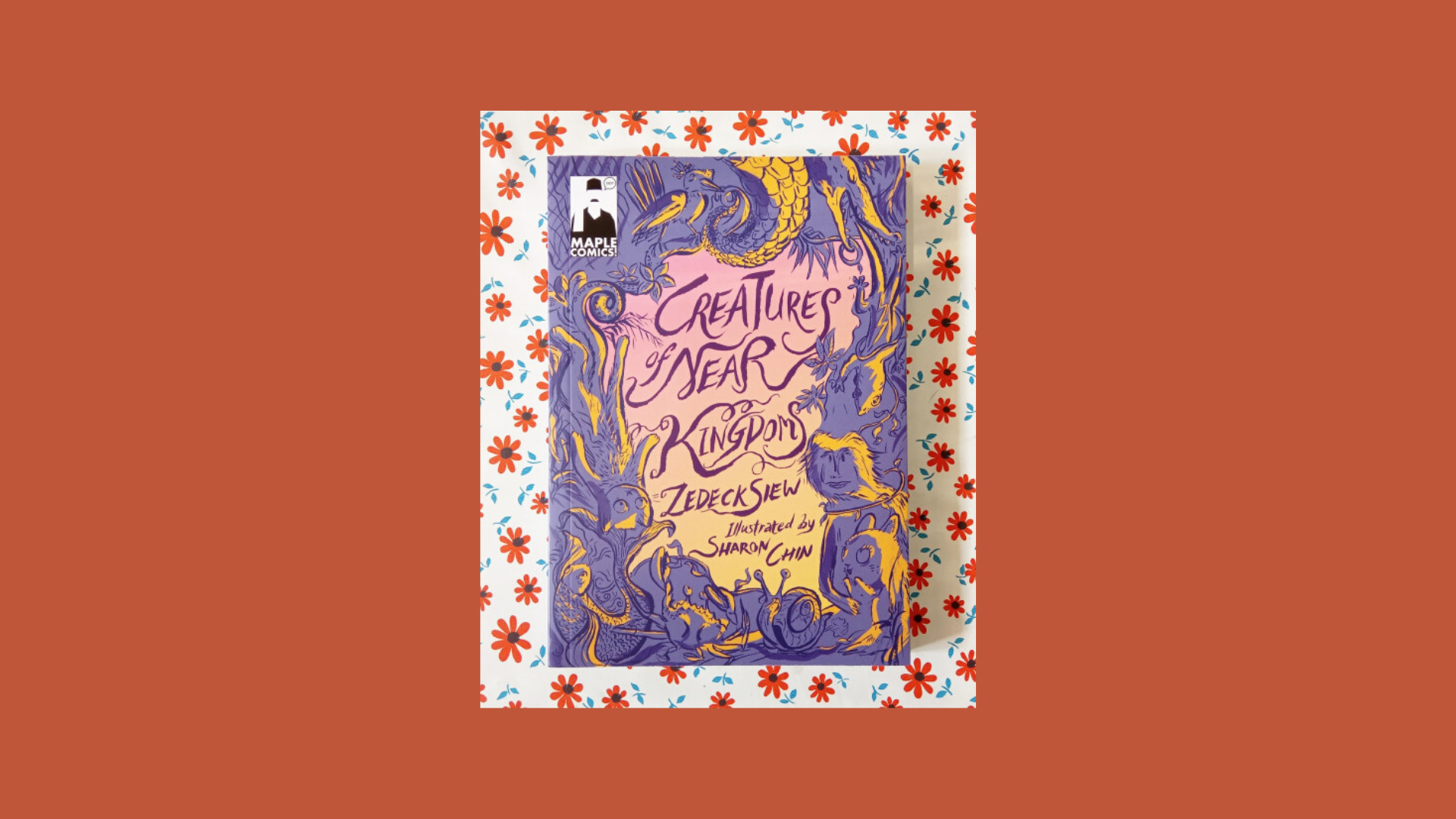 Zedeck Siew’s Creatures of Near Kingdoms is fashioned as a bestiary, detailing the appearance, characteristics, and habitats of 50 animals and 25 plants. Why “near”? Because like the auto-combusting Ash Swallowtail and the houdini-ish Travelling Coconut, each magical creature demands less of a leap, than a side shuffle, of our imagination.

Every entry is a scant single page, paired with an illustration by the artist, Sharon Chin. All text accompanying the 75 creatures use the 2nd person imperative. We are instructed to “look” at each animal, and to “hold” the plants. The regularity echoes children’s books, Look at Spot run! Addressing the reader with the familiar “you” and the uniformity of commands create a rhythmic intimacy, but don’t be lulled by the incantations. Careful the seductive nostalgia these devices may cocoon you in. The narrative voice can just as quickly turn claustrophobic (we’ve all watched Netflix’s “You”). No sooner is the reader drawn into the work that the barbed admonishments and sly judgments come: on the punishing instinct of Watch Mites, we are scolded, “Next time, maybe, you will mind your own virtue, before they force you.”

Siew takes local myths and superstitions and stretches them within the inner edges of possibilities. Frangipani trees are customary in Muslim cemeteries all over the region and are associated with the supernatural. The genus found in the near kingdoms, the Haunted Frangipani however, hosts demure female spirits, who offer succour to a grieving mother. Remember being warned against ingesting fruit seeds as a child, lest a tree take root in their stomach? The seeds of the Flesh Orange are just as alarming:  “Some people pity you, because your human desires have been taken away … It was your fault for swallowing the seed anyway.”

Beneath the book’s dark witticism is full intent. The animals as well as the plants prey on, or expose the foibles of human nature and society. Consider the Weeping Rain Tree, and Weevil Rice, both compressed thesis on the way greed makes us gamble with nature. Feel the lonely pathos of the Flat Panda falling in love with one-dimensional wall murals. Sometimes, these veer a little closer to the nose. The Rainbow Python, worn as scarves by society ladies, is obviously a comment on the abuse of animals in the name of beauty and fashion. The Obligation Worm living in your smartphone, with its habit of posting “orgiastic outrage” that infect other devices, feels a little too easy. 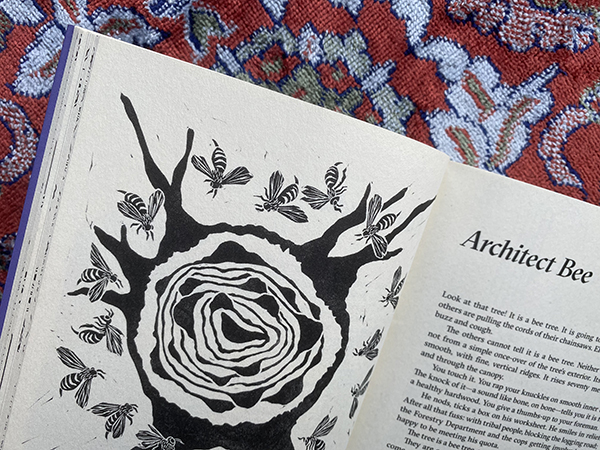 Creatures of Near Kingdoms is at its most whimsical when it ventures into the everyday experiences and encounters that make up contemporary Malaysian and Southeast Asian landscapes. The Electric Gecko, the Exploding Ants, and the Quick Lovegrass elevate common pests into vehicles of small anguishes. Shophouse Mould’s spores are an Instagram filter for the brain, rendering everything sepia-tinted, a witty comment on the real-estate nostalgia complex, coming to a city near you.

This delightful familiarity makes you feel that it is of you, this world, with its quite-possible creatures. Along the way, Chin’s illustrations are your travelling companions. As with the text, formal distinctions exist between the flora and fauna. All the animals are rendered in linoprints, the plants, with fine repeating patterns. The linoprints give the animals a cruder, rustic style that conveys a comely but unruly, vibrancy. Many of the plants in Creatures of Near Kingdoms are sentient, mobile and predatory. They are drawn with technical precision and fine detail, repetition giving many a graphic, abstract quality. The influences of batik motifs are clear, and many are stunning – Screw Pine is a personal favourite. The net effect for me was sinister – organised colonies that can overrun a space, as plants in the tropics can do.

Creatures of Near Kingdoms is an imaginary world built with materials taken from this land. For readers who ordinarily journey to worlds built in distant shores, this proximity is a balm for the imagination.

Creatures of Near Kingdoms by Zedeck Siew is available online here.

Kathy Rowland is the managing editor of ArtsEquator.