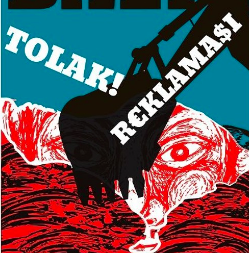 Plastic pollution and the consequences of large-scale land reclamation projects are among the most pressing environmental problems in Indonesia today. In recent years, protests against these issues have increased in size and impact, especially on Bali, where the ubiquity of plastic garbage and a controversial reclamation project in Benoa Bay have galvanised a large and diverse protest movement.

What are the strategies and goals of the movement? Who is involved? And what role do music and visual art play in the movement’s engagement with residents and other activists beyond Bali?

In this week’s Talking Indonesia podcast, Dr Dirk Tomsa discusses these and other questions with Dr Edwin Jurriens, Senior Lecturer and Convenor of the Indonesian Studies program at the University of Melbourne’s Asia Institute. [Listen to the podcast]

The wall is graffiti artist Yi Kakada’s canvas. The artist is on mission to bridge classical Khmer art with contemporary tastes. [Watch the video]

Vietnam, the war that transformed a nation and art
Marin Independent Journal

The Vietnam War, which tore this country apart and forever changed its politics and culture, has never been the subject of a Smithsonian exhibition.

The nation managed to build a memorial in 1982 to those who died in the war, less than a decade after the fall of Saigon, and, in 2017, Americans watched an epic 18-hour PBS documentary about the war, without any substantial political controversy. The war is included within exhibitions at the National Museum of American History, is referenced in the National Museum of African American History and Culture and served as the backdrop to an anniversary exhibition about the Vietnam memorial in 2003. But it hasn’t been the subject of specific, focused curatorial reconsideration.

In March, that changes. When the Smithsonian American Art Museum opens “Artists Respond: American Art and the Vietnam War, 1965-1974,” the nation’s pre-eminent museum franchise will take its most sustained look at one of the most culture-changing events in American history. It isn’t a history exhibition in the usual sense, but a look at how that history affected the work of visual artists — an impact, curator Melissa Ho says, that was huge.

”I was really interested in following the thread of how the war changed American art,” says Ho, who has been working on the exhibition for years. [Read more…] 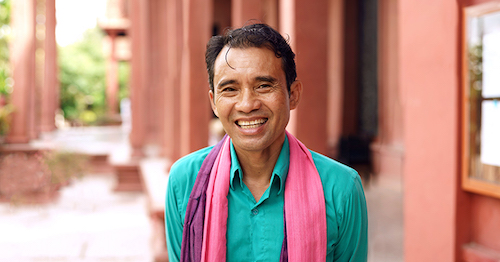 Learning an instrument helped Arn Chorn-Pond survive the Khmer Rouge era. He has since dedicated his life to reviving traditional Cambodian music that was almost lost under the regime.

It was a knife-edge decision that helped to save Arn Chorn-Pond’s life. Overworked, underfed and a witness to mass slaughter, he volunteered to play a musical instrument while living in a brutal Khmer Rouge camp in Battambang province in the 1970s.

“They said: ‘We’re going to start music, who’s interested in playing?’ Sometimes, they killed you if you raised a hand in a wrong situation,” says the 50-year-old musician, explaining how he was forced to work at a temple, used as a “killing place” by the regime, alongside 700 other children aged from about seven to 13. [Read more…]

In his third year in office, President Rodrigo Duterte, infamous for his unstatesmanlike behavior, continued to disregard judicial processes in his war against drugs that has led to thousands of deaths, including those of political figures. Critics of the extrajudicial killings and the government’s policies face censorship. On January 16, the government revoked the operating license of independent news website Rappler. On October 3, the military labeled 18 Metro Manila universities enemies of the state for showing films about the martial law-era, arguing that the screenings could incite student rebellions. Artists, filmmakers and academics decried the attempt to limit their freedom of expression at a public conference and protests.

Meanwhile, Duterte upheld the tradition of recognizing the country’s eminent creative practitioners by conferring the National Artists order—first instituted as an award in 1972 by Ferdinand Marcos. The 2018 National Artists include filmmaker Kidlat Tahimik, known for his critiques of neocolonialism. The prize is administered through the National Commission for Culture and the Arts (NCCA), which also oversees artist grants, and the Cultural Center of the Philippines (CCP). At its gallery in Intramuros, the NCCA hosted “And the World Thickens with Texture Instead of History” (11/8–29), featuring Christian Tablazon. [Read more…]

‘Orang Asing’ stands with hope in the face of isolation and heartbreak
Star2.com

Someone once said that isolation kills. Tria Aziz, a theatre actor and singer, knows this feeling all too well. “When I got divorced, I felt alienated by the people around me,” recounts Tria, 46, in a recent interview in KL.

Alif Adzham, a relative newcomer to the theatre scene, quickly agrees. He is not afraid of sharing his own experiences when it comes to isolation and dealing with loneliness.

“I was studying overseas to be a medic. But due to some issues back home, I had to fly back and couldn’t finish the course. When I came back I felt very isolated from my friends who had succeeded in life,” says Alif, 29, before adding that he would often lock himself up in his room back then.

What Tria and Alif did not know is that these painful episodes would one day come to be part of a stage play. Both actors are starring in Orang Asing, a Malay-language production by Asterik Anak Seni Production (Asterik) that is playing now at Petaling Jaya-based theatre space Revolution Stage till Feb 17. [Read more…]

A Vietnamese designer showcased his newest collection at the New York Fashion Week (NYFW), one of the ‘Big Four’ fashion weeks in the world, on February 11 (EST), becoming the first haute couturier of his country to have such an honor.

Nguyen Cong Tri impressed the world with his fall/winter haute couture collection named “Cuoc dao choi cua nhung vi sao,” literally translated as “The walk of the stars,” for which he worked with one of the most renowned stylists of New York.

The 15-minute show consisted of 42 ball gown dresses most suitable for red-carpet events, a common theme for many designers at NYFW.

Having cooperated with Kate Young, one of the ten most powerful stylists of Hollywood, the haute couture dresses designed by Tri all boast modern and trendy looks that many global celebrities are currently searching for. [Read more…]

As Laos opens up after decades of war and isolation, a new generation of artists are telling stories of resilience, strength and beauty

When he was a child, Bounpaul Phothyzan saw his neighbour get his hand blown off by a buried live bomb.

It was a “terrifying” image of carnage that would stay with him as an adult and artist. In 2012 he started taking photographs, interviewing people and researching the damage done by the unexploded ordinances that have killed or maimed more than 20,000 people since the “secret war” in Laos ended 40 years ago. Between 1964–1973, the small south-east Asian country became the most heavily bombed country in history per capita, with more than 2m tons of bombs dropped in a CIA-led mission that was aimed at blocking Vietnamese supply lines. It is estimated there are still 80m unexploded bombs in the ground, with farmers risking their lives every day to work in mine-laden fields to feed their families – and with children being the worst affected.

Responding as an artist, Phothyzan says he became “very upset [at] how people could destroy each other. How innocent lives were lost, and how people in the countryside who lived their lives without hurting anyone could have this happen to them.” [Read more…] 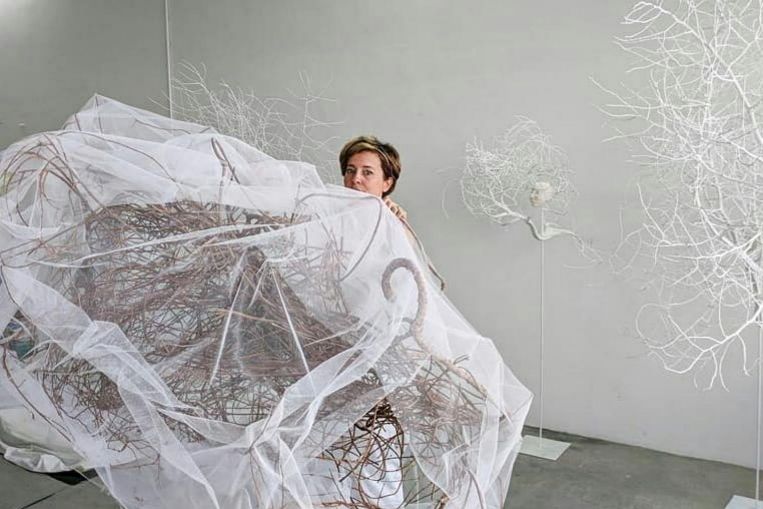 One thing was made abundantly clear following the last-minute cancellation of Art Stage Singapore in January 2019: industry players had seen the red flags months in advance. The fair was offering space for free to 20 local and regional collectors to show at Collectors’ Stage, suggesting that organizers had trouble finding galleries to take booths. In 2017, 131 galleries rented booths in Art Stage, down from 143 the year before. In 2018, the number fell to just 97, followed by a decrease to 45 galleries scheduled to participate this year.

The fair had also lost the support of key sponsors. United Overseas Bank Limited (UOB) was originally listed as the main sponsor for Art Stage Singapore 2018, but was not included in the official press release for the fair in 2019. AAP has reached out to UOB for comments about its partnership with Art Stage twice in the last six months, but it declined to comment both times. UOB was, however, listed as the lead partner for new boutique fair SEA Focus, which was held at Gillman Barracks from January 24 to 27—the same time that Art Stage Singapore was meant to take place. [Read more…]

HÀ NỘI — There will be a shortage of some 5,400 arts teachers when the new general educational curriculum is first implemented in the 2020-21 school year, Tuổi Trẻ (Youth) newspaper reported.

According to the Ministry of Education and Training, the arts subject will combine music and fine art and will be taught at three levels with 70 sessions per year.

In the 2020-21 school year, the new curriculum will be applied at the primary school level. As it will be implemented gradually at higher levels, the ministry said schools still have time to recruit more teachers for new subjects.

At present, most high schools are in need of arts teachers.

There are about 2,800 high schools nationwide. If each school needs one music teacher and one fine art teacher, roughly 5,600 teachers need to be hired. [Read more…]