1957hrs: I arrive at the lobby of Centre 42, which has been converted into the headquarters of multi-million dollar corporation, ARC. In Attempts: Singapore, a theatre-game-experience created by Rei Poh, loosely inspired by Martin Crimp’s Attempts on Her Life, the audience play the role of “researchers” tasked with finding “Anne”, a glitch or “anomaly” in the company computer system. Her fragmented memory has corrupted it. On hand is a highly sophisticated Artificial Intelligence system J.O.A.N., who will assist us on the investigation.

2014hrs: My team and I are ushered into the “Bunker”. In this claustrophobic space, we are greeted by a child’s bed, toys, charts, and mirrors scrawled with binary codes. J.O.A.N.’s voice urges us to seek out clues and evidences to establish Anne’s identity.

2018hrs: The anomalies in the system are made physically manifest by actors: a father (Farez Najid) is desperately looking for his long-time missing daughter; a delirious woman (Julie Wee) utters out random lines of diary entries.

2026hrs: When the anomalies clear, we continue ravaging through the scene to find information. The small space suddenly feels huge because of the tsunami of disparate items and information from tattered diary pages to female undergarments and pills.

2047hrs: Time is of the essence throughout the investigation: J.O.A.N. is constantly reminding us that time is short. But is it short because we are trying to prevent the end of the world, or is it short because the performance has to be over before 2200hrs?

2111hrs: The teams switch rooms. We go to the “Autopsy Room”. Having experienced the previous room, we now have a better grasp of the rules and what we are expected to do. There is greater sense of urgency. Once again, the anomalies are conjured like ghosts in the machine. A sexy sensual woman (Suhaili Safari) craves for attention, copying iconic poses from a pictorial book of Hollywood stars. An aspiring dancer (Sabrina Sng) moves and flaunts her body, accompanied by a backing track describing the ideal ‘Singapore female’. A man (Henrik Cheng) sings lullabies to his imaginary child. One thing in common among the anomalies is that they all seem to have lost something, or someone very dear to each of them.

2137hrs: The time has come for all researchers to regroup in the briefing space with J.O.A.N. to report on the outcome of our investigations. The ending is a little ambivalent. Even after completing the tasks, there is no obvious answer. It is up to each individual to draw our own conclusions from what we have experienced. For me, the show-cum-game questions if we humans are far too quick to make judgments about other people based on very little evidence.

2150hrs: The game-play aspect in Attempts: Singapore is intriguing. Even more impressive is the entire setup and performance. The extensive collection of carefully curated props created an arena for an engaging experience. The scripted sections are brought to life in a convincing manner by the cast. The experience may be baffling for some, but it leaves me game for more. 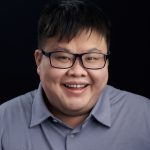