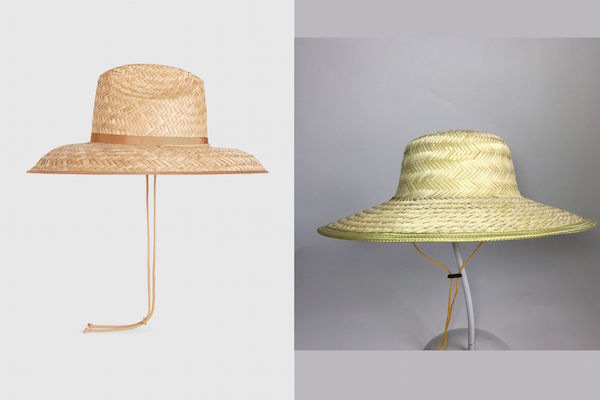 The artificial bamboo hats by Gucci closely resemble those traditionally worn by Vietnamese in the rice fields. The only difference is that the Vietnamese version costs only a few thousand dong.

The Italian high-fashion brand recently put up for sale on their website what they are simply calling “wide brim hat” (pictured on the left) after it debuted on the Cruise 2019 runway. People in Vietnam quickly made comparisons between it and local renditions mũ nan or nón rơm, Vietnamese hats that are made from straw and commonly worn by farmers in the countryside during harvest season. [Read more…] 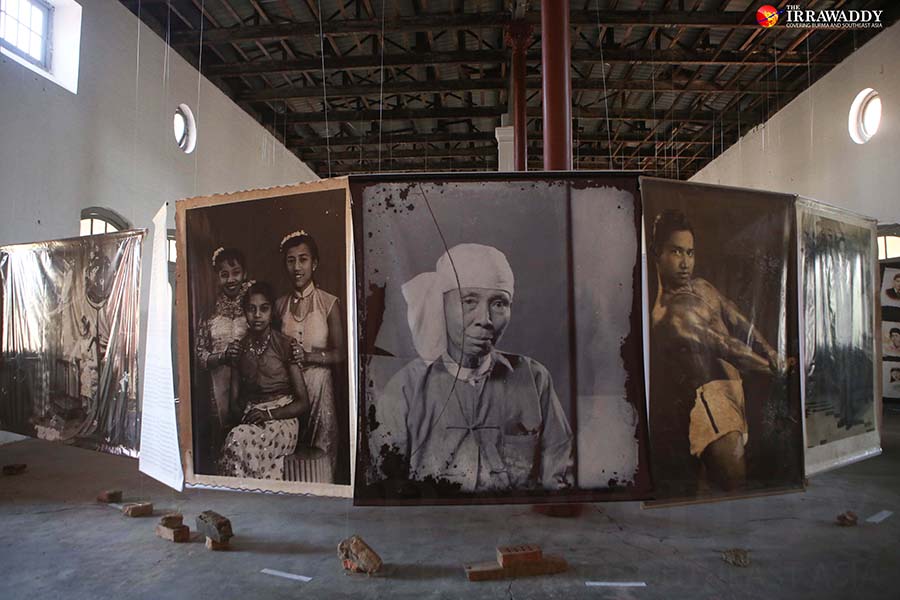 Austrian photographer and archivist Lukas Birk collects vintage images by local photographers and exhibits them with the aim of reinterpreting Myanmar’s history and reviving the stories told by photographers of bygone eras.

His major project, the Myanmar Photo Archive, is an ongoing labor of love comprising more than 20,000 images so far. Lukas is himself a photographer but has devoted the past decade to working on historical research in various countries. He started his Myanmar project in 2015 after learning of the country’s rich photographic history.

“What I found interesting in Myanmar is that there was such diverse photo production, actually. Incredibly interesting…incredible studios that have been active here for the last hundred years. It’s quite interesting to see that when you compare Burmese photography from the 1950s and 1960s; [it’s] very similar to anywhere in the world,” Birk said. [Read more…] 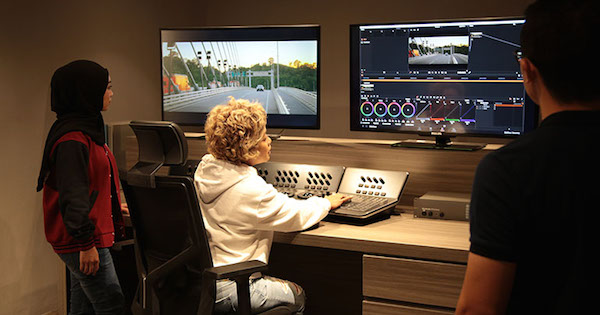 Brunei’s first film institute is set to open next month, co-founded by the country’s first female director. While the tiny country of less than half a million citizens is better known for its oil industry, the team behind the new school and its first handful of students are eager to get Bruneian film onto the international stage.

Hamizah Hamzah wasn’t into film before. The industry, she says, is mostly full of old people.

While at high school, she became inspired by the traditional Bruneian stories that the students studied in literature class. When she asked her teacher if any of the stories had been adapted into films, the teacher said no. That stuck with Hamzah.

After leaving school, Hamzah was searching for a university with a notion of presenting these stories in a new medium. She attended an education fair earlier this year, and that’s when she stumbled upon the Mahakarya Institute of the Arts Asia.

The brand-new, top-level facility, opening next month, will be the first film school in Brunei. [Read more…] 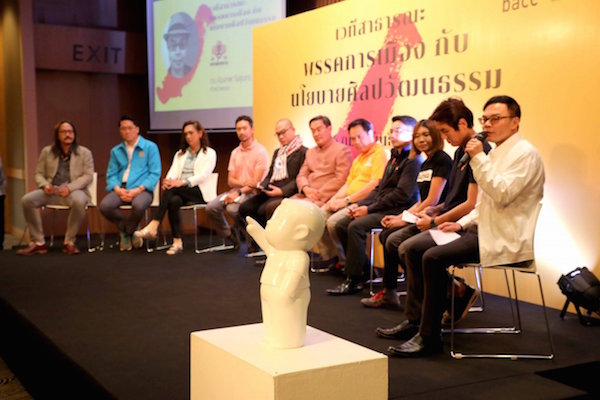 A month of Thailand’s first election in more than five years, political parties are rolling out promises for neo-populist programmes, economic revitalisation, political reform and environmental protection. Candidates representing the LGBT community and ethnic minorities are steering human rights to the forefront. What some cultural scholars and social critics are still waiting for are policy proposals pertaining to art and culture. A seminar last weekend hosted by the Bangkok Art and Culture Centre and Artists Network did little to shed light on the matter. Ten of the 81 parties contesting the March 24 election had representatives at what was billed as a political forum and some had “art and culture” policies to share. Three of the bigger parties – Phalang Pracharat, Pheu Thai and Thai Raksa Chart – did not participate.

The three-hour forum ended with no one offering a “macro policy” on cultural infrastructure or a strategy to foster a domestic creative industry able to compete on the global stage. “The fact that only 10 parties are participating suggests that other candidates aren’t too concerned about cultural issues,” veteran artist Manit Sriwanichpoom declared at the forum. He denounced the campaigning to date as rife with propaganda and ideology. “They lack vision on a national cultural policy,” Manit said. [Read more…]

Indonesian art collective ruangrupa has become the first ever Asians and first ever art collective to be chosen to curate the prestigious documenta art exhibition in Kassel, Germany. Running since 1955, documenta is considered one of the world’s most prestigious art events, and once featured the likes of Wassily Kandinsky and Pablo Picasso.

Held once every five years, it is on par with such global events as the Venice Biennale or Art Basel, and sees hundreds of thousands of collectors, figures, artists or the mere curious descend on the industrial German town for 100 days for an exhibition that does not focus on sales.

The collective was chosen unanimously by the event’s eight-member International Finding Committee, which consists of art curators and directors, to curate the event in 2022. The committee chose ruangrupa for its “ability to appeal to various communities, including groups that go beyond pure art audiences, and to promote local commitment and participation”. [Read more…]

RESTON, VIRGINIA — An award-winning Cambodian-American movie featuring a classic song by Sinn Sisamouth is bringing hope and reviving memories of the pre-Khmer Rouge era in Cambodia.

The movie, “In the Life of Music”, which features the Sisamouth classic “Champa Battambang”, screened in Virginia on Thursday to a crowded hall of several hundred viewers.

Vanny Nen, a Battambang-born Cambodian-American, said she cried when the song played during the movie. “The film makes me miss my hometown miserably, but it’s a good movie and I liked it.”

Like Nen, Mom Chuon, 60, brought her family along to see the movie.

“Both of my parents were killed during the Khmer Rouge regime,” she said, sobbing. The movie “made me miss my parents so much,” she added. [Read more…]

In September 2018, two women in Terengganu were publicly caned by Malaysian prison officers after pleading guilty to a charge of having same-sex relations. This case attracted a lot of attention since it was believed to be the first time something like this had happened here.

When the news reached local actor and director Tung Jit Yang, he reacted with disbelief. He gathered a group of other performing acts practitioners and he developed To Which My Brother Laughed, a new devised work in response to this caning issue.

“I was very taken by this case. Was this really Malaysia Baru? Or was this a response to Malaysia Baru? Are we disappointed? I don’t know. This show is not an attempt to unpack or solve these problems. But it is to delve deep into these complexities and perhaps provoke some kind of debate or discussion,” says Tung in a recent interview in KL.