KUTUPALONG — Rohingya poet Ro Anamul Hasan hurries along the congested footpaths that connect the bamboo shelters in Camp 8-East, in the world’s largest refugee settlement at Kutupalong in Cox’s Bazar, Bangladesh. Temporary homes and other structures extend to the horizon in every direction at the Kutapalong camp. Daily queues for basic necessities begin growing in the early morning and the heat is exhausting, despite the monsoon haze.

“Except for our shelters, we have nothing here,” says Hasan, as he ducks into an airless room that contains just a table and six chairs. “We belong nowhere.”

Hasan started writing poetry in 2015, the year after he matriculated from high school in northern Rakhine State’s Maungdaw Township. “I was not allowed to attend university because I am a Rohingya,” he told Frontier.

Some people may find it absolutely toe-curling to hear the words “artist” and “bankable” in the same sentence. However, the truth of the matter is that painters are now judged by their auction prices in the same way that actors are measured by their box-office earnings.

“There’s always a difference between the price of an artwork in the primary market and the secondary market. The primary market is when you purchase direct from the galleries. That’s always less expensive, but not just anyone gets to buy a sought-after artist, even if they have the money. You have to be considered an important collector, a friend of both the artist and his manager,” says Jaime Ponce de Leon of León Gallery.

Says one collector, “You need to hobnob, go to recitals and children’s parties, show up at the barbecues and blessings.” Another art lover sighed, “Oh, the lengths we must take to get our hands on a coveted artwork!”

Kevin Martens Wong first discovered Kristang, the creole language of his Portuguese-Eurasian heritage, in 2015 when he was working on a story about endangered languages in the region for the linguistics magazine he ran with friends. “I was fortunate that the Kristang‑speaking community in Singapore has remained relatively tight‑knit over the years, and I was able to find 14 speakers of the language still alive and willing to speak to me,” Wong explains. A year later, the linguistics graduate set about to revive the language—which has evolved since the Portuguese rule of Malacca in 1511—through the Kodrah Kristang (Awaken, Kristang) movement.

Today, Kodrah Kristang has made great progress in its ambitious 30-year revitalisation plan for the language in Singapore.

Bangkok Art and Culture Centre director Pawit Mahasarinand says the centre’s new board has terminated his employment from next Tuesday over his remark about City Hall’s financial support.

In a letter to media on Tuesday, Asst Prof Pawit said the board that took office on May 31 resolved on Aug 31 to “fire” him, and he was required to continue working as director until close of business next Monday.

He said he was told that an evaluation committee was dissatisfied with his past remark to journalists on financial support from the Bangkok Metropolitan Administration.

Asst Prof Pawit said he rejected an offer from the board that he instead resign, for a better image.

New Straits Times reported Kelantan Deputy Mentri Besar Datuk Mohd Amar Nik Abdullah as saying that performances, however, must adhere to Shariah-compliant requirements and guidelines, such as making it compulsory for performers to cover up.

“There must also be no element of worship in the performances,” he was quoted as saying after the state executive councillor meeting in Kota Baru.

Melaka may proudly bear the label Bandaraya Bersejarah, but the reality is that many Malaysians do not know that much about the colourful history of this coastal state outside of what is contained in secondary school textbooks. Swashbuckling stories of Hang Tuah and his crew play out quite dramatically, but the role Melaka held in the formation of Malaya bears more significance than we may think.

Lawyer, composer and history buff Datin Saidah Rastam remembers the exact moment she realised this. “I had read about the premier of China coming to Putrajaya to witness the signing of an MoU between Melaka and the Chinese province of Guangdong in 2015,  and then zooming off to Jonker Street to buy jam tarts and talk about reviving old relationships with the state. When you think about it, why would the second-most powerful man in the world go to Melaka? It didn’t fit, so I did a bit of reading. It appears that Melaka is but one node in China’s ‘String of Pearls’, in which it has developed facilities along major maritime chokepoints, including the Straits of Malacca. A licence for a deep sea port was granted, daily flights were planned between Melaka and Guangzhou and the then Chief Minister encouraged Melakans to learn Mandarin.”

KUCHING: ‘Rajah’, the upcoming Hollywood feature film on the first White Rajah of Sarawak, Sir James Brooke, is expected to make its debut at the Cannes Film Festival next year.

Margate House Films chairman and chief executive officer Rob Allyn said the studio is targeting to complete the film in time for the most prestigious film festival in the world before it hits the big screen.

“We’re hoping to have Rajah finish in time for the Cannes Film Festival next year which is around May 2020.

“After that, it will be a worldwide release which will probably be around the middle of 2020,” he told The Borneo Post.

“We are not like any other traditional art galleries. While we respect that, we want to bring about something that Phnom Penh has never seen before.”

That was what Bong the Gallery co-owner Alexandre Barthelemy told Good Times2 as we stepped into the art space, located on the second floor of an obscure-looking building along Samdach Sothearos Boulevard (3).

If you have never been here, we suggest you ‘trust’ the Bong.

Jakarta may be sinking, prompting the announcement last month that Indonesia will create a new capital on the island of Borneo, but the city’s longest-running art fair is on the rise. Founded by the license holder of Harper’s Bazaar Indonesia, the fair began as Bazaar Art Jakarta in 2008. While it’s still owned by the same holding company, MRA Media Group, which owns Harper’s Bazaar in Indonesia, it changed names to Art Jakarta in 2017, and received a further rebrand this year. The new logo (perhaps too cutely) adds bold to the middle syllable of Jakarta.

The 11th edition of Art Jakarta, directed by automotive executive turned art collector Tom Tandio, took place from 30 August to 1 September 2019. Seventy galleries (around 30 of them Indonesian) participated (up from 51 last year), including FOST Gallery, Mizuma Gallery, ROH Projects, and ShugoArts. The event’s growth prompted a shift from the Ritz-Carlton Pacific Place to Halls A and B of the Jakarta Convention Centre, a utilitarian venue that took no attention away from the art.

A French musical adapted from Vietnam’s 19th-century poetic masterpiece Truyen Kieu (The Tale of Kieu) will make its debut in the Southeast Asian country this month.

More than two years after its introduction with five successful nights in Paris in June 2017, the theater musical Kim Van Kieu is scheduled to be staged in Ho Chi Minh City next week and in Hanoi later this month.

The musical is directed by French director Christophe Thiry, and performed by professional opera artists from the Paris-based L’Attrape Théâtre. 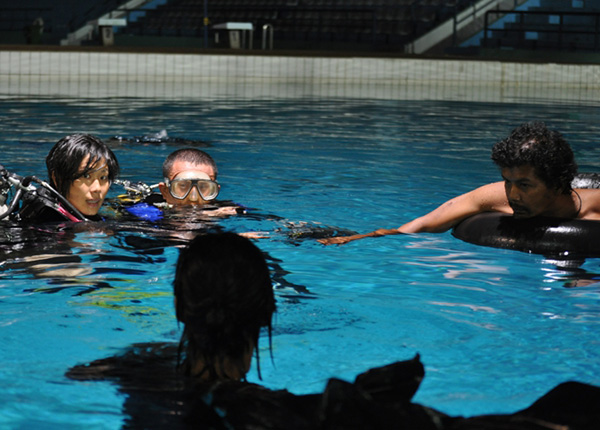 What do these two award-winning female directors think of the Malaysian film industry?
Buro 24/7, Malaysia

“My earliest film experience was watching black and white Indian movies on television every Saturday afternoon. There was a lot of singing and dancing and it was easy for a five-year-old to differentiate the good guys from the bad. I didn’t dream of becoming a director or an actress, but I wanted to become Indian.

Very soon, I realised that was an impossible dream.”

Meet Tan Chui Mui; a Malaysian who put her impossible dream aside to pursue a career in filmmaking. Despite having studied and taught film at university, she attributes her start to combining elbow grease with a group of contemporaries whose passion and naïveté matched her own. Since then, Chui Mui has secured awards and jury experience at Busan, Rotterdam, Vladivostok, Oberhausen, and Clermont-Ferrand—each one a film festival worth noting.