ArtsEquator Radar features articles and posts drawn from local and regional websites and publications – aggregated content from outside sources, so we are exposed to a multitude of voices in the region. Here’s our first weekly round-up of content, scoured and sifted from a range of regional news websites, blogs and media platforms, and brought together in one article for convenient reading. 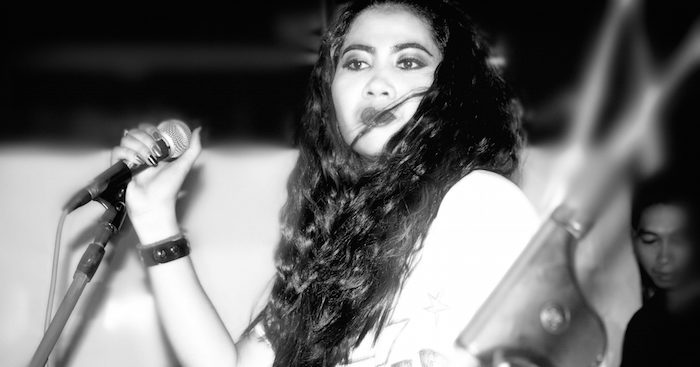 Go into any restaurant, bar or other business in Phnom Penh, and you will hear one of around a dozen songs from the likes of Ed Sheeran, Gnash, Maroon 5, Charlie Puth, Sam Smith and Camila Cabello. Thankfully, Cambodia has something of an underground music scene, though you have to look for it. Long-time Aussie expat Julien Poulson helped revive Khmer rocknroll by collaborating with Cambodian players in his great band the Cambodian Space Project, which headlines his second annual psychedelic music festival in the group’s latest incarnation. It’s now known as the CSP Mothership, renamed and reformed after the passing of its former singer and Poulson’s one-time wife, Kak Channthy, whose life was cut short last year in a tuk tuk accident.

For 16 days, kicking off on 26 January at Chinese House in Phnom Penh, the Folk Art & Blues Fest (Fab Fest for short) will be relieving sufferers of the Ed Sheeran effect as it tours the capital, Kampot, Siem Reap, Battambang and Mondulkiri. Poulson is also one of the minds behind the Kampot Readers & Writers Festival, along with organiser Tony Lefferts. [Read more…]

A Hong Kong-based charity that uses art to fight sexual-orientation discrimination is taking the largest ever LGBT Asian contemporary art exhibition to Bangkok in November.

“Spectrosynthesis II” is the expanded second edition of a similar exhibition that the Sunpride Foundation co-presented at Taipei’s Museum of Contemporary Art in 2017.

Patrick Sun Kai-yit, the founder of Sunpride, announced today that the 2019 exhibition will be held at the Bangkok Art and Culture Centre from November 23.

“Thailand is a natural choice for us because Bangkok, like Taipei, is another home base for me outside of Hong Kong,” Sun said. “The city has always had a reputation for being friendly to the LGBT community, now strengthened by plans for a bill to legalise same-sex civil partnership.”

The foundation was also pleased to find a partner in the Bangkok Art and Culture Centre (BACC), the city’s biggest contemporary art space, which promotes diversity and inclusiveness as part of its official mission, Sun added. [Read more…]

Concept, Context, Contestation—Art That Asks You to Look Inside Yourself
The Irrawady

YANGON—A wide-ranging set of political issues, societal injustices and human rights abuses of both the past and present from across Southeast Asia have been brought to life through art in the latest exhibition to be held at Yangon’s Secretariat. This is the Yangon leg of a traveling exhibition commissioned by Thailand’s Bangkok Art & Culture Centre and organized in conjunction with Goethe Institut Myanmar.

“Viewers should consider two main things when looking at this exhibition: that Southeast Asia has its own unique journey in art, politics and history, and that art and society are deeply and intimately connected. For artists showing in this work, there is no separation,” said Nathalie Johnston, founder of Yangon modern art gallery Myanm/art and curator of the exhibition.

Spanning the entire southern wing of the historic Secretariat building, the artists have used photographs, glass, paintings, video, models, sculpture, projections and performances to introduce their ideas to the viewer. Many of the art pieces awaken a sleeping inner citizen in us, dealing with topics like the distortion of cultural traditions, globalization, consumerism, citizenship, genocide and displacement. They ask the viewer, “Where do you stand?” [Read more…] 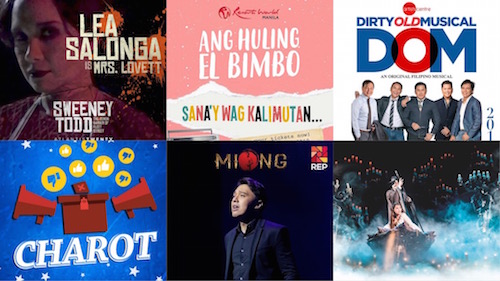 17 Musicals to Watch Out For in 2019
Theater Fans Manila

If you’re in Manila this year, look out for these musicals that will be staged in the city this year. [Read more …]

Last year, theatre director Ho Lee Ching applied to join a performing arts school in France. To her dismay, she was not accepted. It turned out that while the school was satisfied with her qualifications, they had to reject her because she had Tourette syndrome.

Ho was disappointed but keen to move on. The experience got her thinking about exclusion and how people are often rejected because of something they have no control over.

“I went on Tourette’s support groups and spoke about my experiences. And then I came across the term ‘neurodiversity’, which Tourette’s is part of. I ended up reading a lot about this. I decided to do a show about it,” says Ho, 28, a resident actor and academy facilitator at KLPac.

She joined The Actors Studio’s Theatre For Young People programme in 2012.

Her last show OCD – exactly one year ago – explored the experiences of those with Obsessive Compulsive Disorder.

Ho’s new theatre show In/Out, which plays at KLPac from Jan 24 to 27, addresses two issues that are close to her: inclusivity and neurodiversity. [Read more…]

Duong Minh Cuong makes traditional musical instruments, which are becoming increasingly rare since most others make guitars and mandolins instead.

Dao Xa in Dong Lo Commune, Hanoi’s Ung Hoa District, was designated as a craft village for the production of traditional musical instruments such as erhu, zither and two-chord guitar three years ago, but visitors here can hardly see any musical instruments or hear music.

Duong Minh Cuong’s is the only family that is able to make a living from this profession, he says. [Read more…]