The inclusion was decided during a Unesco committee meeting in Bogota, Colombia.

“Although it is better known as a martial art, Pencak Silat is a long-standing tradition that encompasses numerous aspects: mental and spiritual, self-defense and aesthetics. The moves and styles of Pencak Silat reflect a strong artistic concern and require physical harmony with the accompanying music,” the world body said in a statement.

The Unesco also included Malaysia’s martial art Silat among 15 cultural practices that recently made it to the list.

Pencak Silat has won the honor in part because its “practitioners are taught to maintain their relationship with God, human beings and nature”.

“Sudah makan?”: Telling Malaysian stories and building a sense of community through food
Options The Edge

Nothing gets the Malaysian salivating — or frothing with rage — more quickly than discussing the relative merits of famous local eateries. Global Malaysians, like those in Chicago, pick at food memories like scabs; it is painful to remember the food of home, but an endless delight to pluck at memories filtered through the lens of nostalgia.

Remembering food carts where cendol was sold for a few sen is a post-dinner sport and Malaysians take it online when the community is dispersed. A quick glance at the Global Malaysian Network (GMN) shows a recipe for roasted chicken feet with Coca-Cola(!) and pictures of a 40-year-old No-Name-Fish-Head-Curry-stall in KL that is worth a visit.

What else should we expect from a country that says hello with “Sudah makan?”?

Introducing the Fay Khoo Award for Food and Drink Writing in Malaysia was a brilliant idea.

There are always times when we wish we could teleport to any place we want. In 2017, a New York-based Thai artist, Kantapon Metheekul, better known as Gongkan, created Teleport Art, his iconic character in a black circle as a door to instantaneous travel anywhere. Since many people can relate to the unique character, who represents freedom to travel, Teleport Art has broken through into the New York street-art scene.

One year after his previous exhibition, “Teleport”, in Bangkok, Gongkan has returned to the City of Angels for his recent exhibition “YesterTodayMorrow” to convey messages about time through acrylic painting on canvas, sculpture on canvas, resin on mirror, and aluminium and chromium-plated steel.

Unlike “Teleport”, this exhibition is personal. The presentation is divided into three main rooms: Timeless, Dining and Insomnia. Mirrors play significant roles in every room; Timeless, especially, is covered with mirrors at every unit. Dining presents his childhood experiences which affect how he became in the present. And Insomnia is a bedroom which can be a peaceful or a chaotic space, up to an occupant’s mind. Gongkan has experienced chronic insomnia because his mind is unable to turn off. Life spoke to the 29-year-old artist about his ideas behind the exhibition.

This year’s Singapore Biennale is a sprawling, four-month-long exhibition showing the work of artists from across the globe in 11 venues scattered across the Lion City.

The immersive art experience kicked off a few weeks ago, and runs until March, but despite it taking place in the Little Red Dot, the Philippines is front and center in more ways than one: not only are five Filipino artists showing their works in the biennale, but the entire event itself is being helmed by Filipino artistic director Patrick Flores.

Is the biennale something that only the turtleneck-and-beret-clad art snob class are likely to appreciate? No. Or at least, not if Flores has his way.

This past weekend Phnom Penh’s nightlife got busy again by starting with some great combos and showcasing a little bit of everything just to shake things up.

We got to welcome Friday (Dec 6) with the ever-amazing Rhiannon Johnson and Arone Silverman playing some Aacoustic blues at Farm To Table restaurant on Street 360, setting the weekend ambience.

Switching gears slightly, Shortly after that – albeit earlier than expected Cloud Bar on street 9 – got to see a louder and heavier performance from some of South East Asia’s best punk rock and heavy metal, including Doch Chkae, Nightmare AD, SamRocker Band and Afterlife Love Machine, who are a resurrection of former expatriate Nu-metal band, Knell. 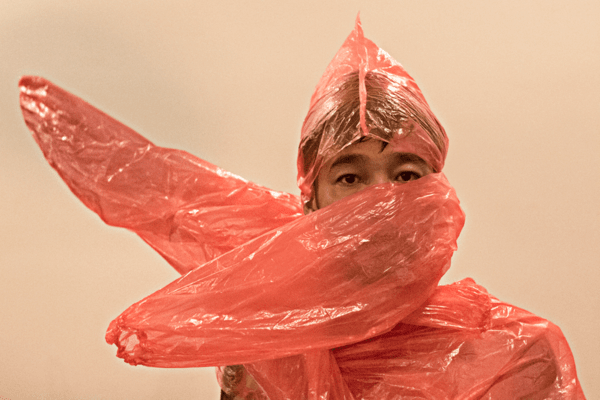 Living in such a troubling time as today, many of us have coped with the changes by making works of arts whether it’s writing, videos, acting or dances, etc. These are a way for us to express our concerns, as well as spread more awareness and gather more people to join our cause.

And that’s exactly what some of these amazing photographers from Photo Phnom Penh Festival 2019 have done! Here are some of our favorite selection under the theme of climate change from Sra’art Gallery.

On the day of my visit, the dancers of ‘Method’ were practicing an exercise that involves many people crashing into each other before they all proceed to fall to the ground; their movements resemble vehicles falling into pieces after an accident.

Nicknamed “worn-out car,” the exercise imitates a car crash and how the vehicle would disintegrate after a collision. Like many exercises conducted in the dance studio, “worn-out car” helps dancers navigate their bodies in relation to others and find physical connections, using the other bodies as pivots, compasses or platforms of support.

The team behind ‘Method’ takes a rather different approach to preparing for a dance performance compared to what one would expect.

During the 8888 uprising, photographers took considerable risks to document the protests – protests staged by people from all walks of life, across the country.

Some photographers even destroyed their film after the uprising to avoid a risk of being caught, arrested or detained. There were a few who kept their film negatives, however. One such photographer was Htein Win.

Last month Htein Win published a photography book featuring over 300 pictures that capture the democracy movements, the many thousands of protesters, students and politicians. The protests started on August 8, lasting just over a month before ending on September 18.

New local film fest Daang Dokyu is landing on the scene with a bang, aims to celebrate 100 years of Philippine Cinema by putting a spotlight on the country’s documentaries. The festival is slated to run Feb. 15 to 20 at University of the Philippines’ Cine Adarna Theater in Quezon City.

The six-day festival — whose name is a shortened version of “Isang Daang Dokyumentaryo,” or “100 Documentaries” — will cover the progress of documentary filmmaking in the Philippine Cinema’s Centennial landscape, hoping to unearth films from different regions that buck convention, and question existing taboos.