With a French actor and actress in the leading roles and a script inspired by the famous Hungarian composition Gloomy Sunday (also known as the Hungarian Suicide Song), one Cambodian film director has invested huge resources and time into producing a high quality local movie that he hopes will earn the Kingdom’s cinema long missing acclaim on the international stage.

Hailing from Kampong Thom province, Leak Lyda is a self-taught film producer and director that has been in the entertainment industry for more than a decade, producing films spanning the horror, romance and comedy genres.

But his new film project is far different from what he has done in the past, significantly expanding in terms of budget, story, screen writing, casting, editing and marketing.

The 37-year-old director, who was elected as a Motion Picture Association of Cambodia (MPAC) deputy head in December last year, tells The Post about how he reached this point: “In 2011, I directed and produced a local hit called Ab Wears a Helmet. The film was very famous and helped contribute to the revival of Cambodian cinema.” [Read more…]

Hollywood studios and global cinema chains are funding a new golden age in Indonesia’s movie industry as box-office receipts soar and new screens open at a rate of about two a day.

The resurgence of Indonesia’s movie industry, which had slumped since its heyday in the 1980s, is being driven by three factors that have come together in the past few years: the opening to foreign investment in 2015, rising wealth, and a push by major film studios and distributors to make more content for international markets.

“There’s been a change in lifestyle,” said Catherine Keng, corporate secretary of Cinema 21, Indonesia’s biggest owner of movie theaters. “We have more muscle to expand.”

In 2015 Indonesia sold 16 million cinema tickets. In 2017, the number had jumped to 43 million. And that’s still barely a quarter of the number sold in the U.K., which has a fourth of the population of the Southeast Asian country. [Read more…] 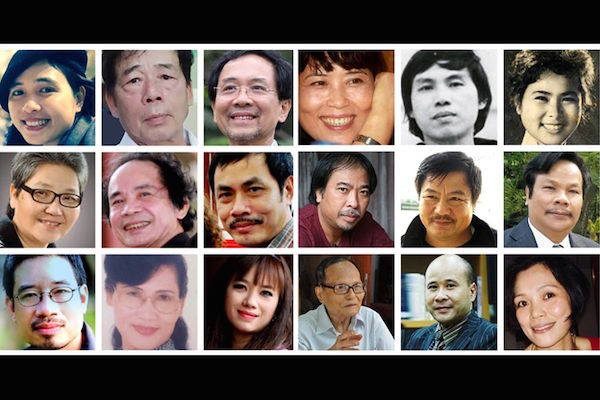 Lanterns Hanging on the Wind” features 18 poems read in Vietnamese and translated into English that span themes, styles, time periods and locations to give listeners a broad introduction to the nation’s rich literary traditions.

Originally broadcast on public radio in America, the Melodically Challenged program takes its name from a poem by Tuyet Nga in which the speaker notices: “The sky is just above our thoughts, dreams as lanterns hanging on wind… I suddenly see colorless flowers.” 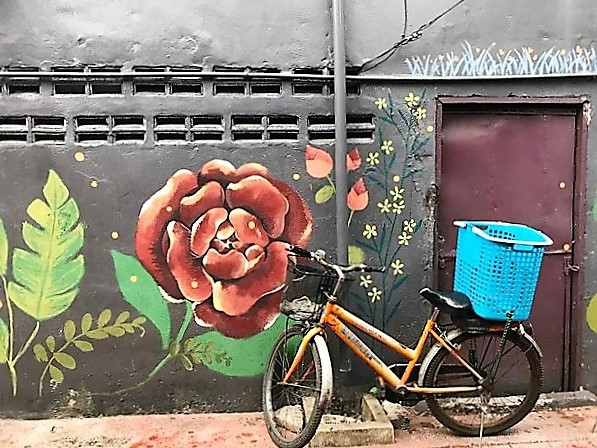 Thonburi, specifically the neighborhoods near the Princess Mother Memorial Park, Wat Anongkaram and Lam Thong Salt Factory, is the site of the third Low Fat Art Festival, a multidisciplinary art festival held every two years bringing international artists to Thailand to collaborate with local ones.

The festival, like low fat milk, only has the bare minimum in terms of funding, resources and support, and yet promises to keep the essential nutrition, which is healthy creativity and experimentation.

Art, normally confined to galleries, theaters, art centers and closed spaces, has always been the privilege of the few. A cloistered universe of like-minded denizens speaking in a language only they can understand.

Around the world, there is no lack of artists. To make art more relevant, however, there is a clear need to grow the audience. The question that bugs Wayla Amatathammachad, the director of Low Fat Art Fes Volume 3, however, is “how can we attract a bigger audience and where are they?” [Read more…] 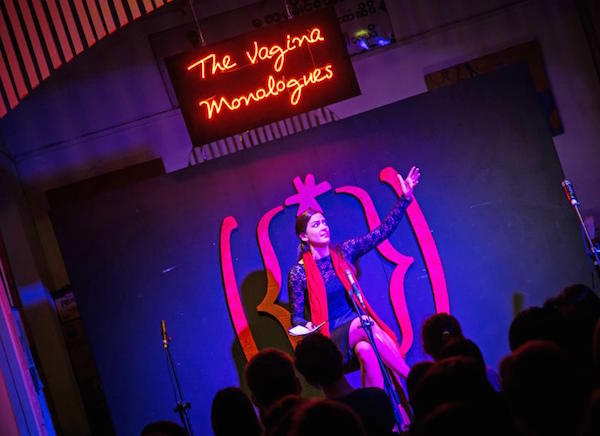 Once unspoken, ‘vagina’ gets stage debut in Myanmar
Channel NewsAsia

YANGON: “Papu, pi pi, sapat” – the slang for female genitalia elicits giggles during a rehearsal for Myanmar’s first-ever Burmese-language “Vagina Monologues”, as the country’s conservative image is shaken up on-stage and online.

This week a production of Eve Ensler’s famed feminist play opens in Yangon and includes two showings in the local language. Its exploration of issues around sexual consent, body image and genital mutilation made it revolutionary in the ’90s when it premiered in New York and interpretations have spanned the globe since.

In Myanmar, where sex is still a taboo subject, co-director Nandar told AFP she hopes to “normalise conversations about women’s bodies” even if it makes people uncomfortable. “Women grew up here without cherishing their bodies because they were mainly taught their body is like a disgusting object,” the 24-year-old from northern Shan State says. “This play is very powerful as women are telling stories about themselves.” [Read more…]

Sex and creativity is still a no go in New Malaysia. Here’s why.
Mashable Southeast Asia

On May 9, 2018, Malaysians elected a new government for the first time in their history.

The 62 years of Barisan Nasional’s reign ended when Pakatan Harapan was voted into power. Back then, those who stifled with people’s freedom to express were those in power.

Post May 9, with a seemingly more progressive government, many Malaysians are beginning to realize the harsh truth: that the power to control the freedom to express had always been in their hands all along.

Fa Abdul, a local playwright and director decided to stage a play that was tongue-in-cheek and educational at the same time. The topic: sex.

In Malaysia, a country which has seen a rise in teenage pregnancies, the topic is ironically considered a taboo. [Read more…]

According to the Vietnamese museum’s director, Nguyen Anh Minh, the support came as part of the agreement signed on December 4, 2017, in Vientiane.

The restored paintings, which had previously been quite severely degraded, were gifts presented to Laos by heads of state with significant historical meanings.