Let’s face it. In the early days of the pandemic, we mourned for live theatre. Zoom theatre felt like the next best thing, if not quite the real thing. And yet, that period was also one of great experimentation, and brought to us different kinds of online experiences created by artists, with various degrees of interactivity afforded to us by technology, as well as more sophisticated presentation techniques, often borrowed from the genre of film.

Earlier in the year, as Singapore started slowly re-opening, the possibility of returning to physical theatre felt real, with the Singapore International Festival of the Arts (SIFA) as the first major arts event to return in full form. Audiences snapped up tickets for the shows, prompting organisers to release more tickets. And then the tide shifted again. As community cases of COVID-19 went up, restrictions were once again tightened and venue capacities went down for the health and safety of all audiences.

In a time like this, hybrid offerings like SIFA On Demand are akin to panacea. If you didn’t manage to get a ticket to the live show, you can catch it online at a time and pace of your own convenience. If the prospect of being swabbed during the pre-event testing didn’t strike your fancy, then watching from home ensures comfort and safety. Of course, it’s great for access – for the immunocompromised, or those who have to multitask at home, or those who want to organise a watch party with their family members.

Additionally, if you did catch something live and absolutely loved it, you now have the option of watching it again (and again, the on-demand period permitting), and take a closer look at details you might have missed. The good news – SIFA has extended the on-demand period for its commissions and concerts to run from 5 to 20 June, and the signs indicate that these online offerings are an important extension of the festival experience, and could signal the start of a new way of doing things.

Here are some highlights to catch on SIFA On Demand:

Singular Screens All-Access (31 May to 12 June) 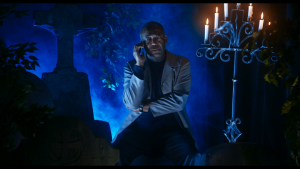 We’re excited by the range of films available. There’s the absolutely bonkers There Are No False Undertakings, where a woman dreams of writing a screenplay for Denzel Washington, who just wants to be cast as TV star Angel (as in Buffy the Vampire Slayer’s once-boyfriend). This film by Canadian director Oliver Godin features a predominantly POC cast. Or how about learning about industrial action in 1992 Cartagena, Spain, in The Year of the Discovery, a film that blurs fiction with documentary through a clever use of the split screen? Chilean documentary The Mole Agent offers an affirming look at mortality in a retirement home, while If It Were Love follows 15 dancers during the ‘90s rave scene.

Singular Screens are at $8 per film, and $35 for a bundle of 7 films, available to audiences based in Singapore. See the trailer here. 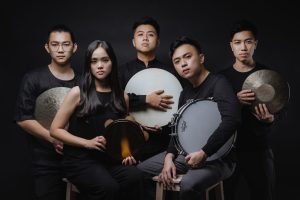 Due to masking requirements, live musicians were badly affected by the recent restrictions. So it’s comforting to note that five concerts will be available online, as part of the Compassion Chamber Music Series. Before Life and After by soprano Felicia Teo Kaixin, tenor Jonathan Charles Tay and pianist Jonathan Shin ponders on the notion of loss; new music group Ensemble Æquilibrium presents a contemporary concert on our relationship with nature in Echoes of Fire and Water; Be Comforted Now: Bach Cantatas by Red Dot Baroque promises a spot of comfort; while Ding Yi Music Company’s Healing Rhapsody hopes to offer inspiration amidst a reflective time. Those who didn’t manage to catch Ghosts of Yesteryear by Morse Percussion (which could go on as its performers could be masked) can now catch it online too.

Tickets for individual concerts are $15. You can also get the all-access bundle of 17 programmes for $60. 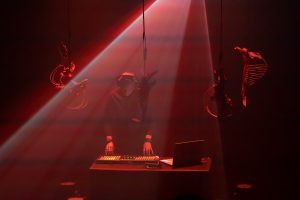 Did you, like us, hear good things about the Sound Social Series from SIFA v2.020? No need to FOMO, as it’s available on SIFA On Demand. We wrote about the irrepressible weish here, where we talked to her about her show Did you want more sleep? which puts a spin on livestreamed shows. Electronic producer Planeswalker presents Entity, a sonic-visual performance that appears to invoke a sense of a larger cosmos and out of body experience.

Zul Mahmod’s Of Nature and Technology works with discarded tree branches and electronic circuits to create a haunting sound and visualscape.

Tickets for SIFA v2.020 programmes are sold as a bundle of 4 for $15 – which also includes the dance film The Wandering (who did this interview with ArtsEquator). You can also get the all-access bundle of 12 programmes for $60.

Local Commissions: Three Sisters, OIWA, The Year Of No Return and more  (5 to 20 June)

We’re hard-pressed to not mention the local commissions, such as Three Sisters and The Year of No Return, most of which got postponed by a year and successfully opened to live, albeit smaller, audiences, as well as newer works such as The Commission. Demonstrating much resilience, these local artists contended with not the easiest of restrictions (we see you, performers enunciating and emoting from behind masks), and soldiered on in half-full, yet sold out, theatres without compromising on production quality. We’re learning that we can no longer be content with static archival footage – and SIFA is promising multi-camera, high-quality recording to give audiences at home a dynamic experience that ensures that you get the best seat in the house, as well as various others interactive options offered by some of the shows – such as the ability to toggle between different camera angles in OIWA – The Ghost of Yotsuya, and an app exploring the characters backstories of _T0710_ that you can access from now.

Also, check out ArtsEquator’s upcoming Critics Live panels and join us in our discussion of the shows The Year Of No Return, Three Sisters and OIWA.

Tickets for individual shows are $15. You can also get the all-access bundle of 17 programmes for $60.

Here’s the trailer for SIFA On Demand:

SIFA On Demand for local commissions, concerts and v2.020 programmes will be available from 5 to 20 June 2021 on SISTIC Live. SIFA On Demand for Singular Screens 2021 runs from 31 May to 12 June. More info here.

This article is sponsored by the Singapore International Festival of the Arts.