Lesser known narratives involving migration in Singapore are in the spotlight with The Arts House’ latest edition of LumiNation. A new webisode series focusing on the Baweanese community in Singapore recently premiered with its first episode on August 1.

The three-episode series is titled “Orang Phebien”, a term instantly recognisable to Baweanese people as the original name they used to call themselves, before being transformed into “Bawean” by the Dutch. Later, the term “Boyan”, which was used by the people of Singapore and British Malaya, came to be associated with negative stereotypes. The community now prefer to call themselves Baweanese, which forms a strong link with Pulau Bawean in Indonesia where the original settlers used to hail from.

Combining historical research with anecdotal accounts and first-hand interviews, the series, which is a co-presentation between The Arts House and Persatuan Bawean Singapura (Baweanese Association of Singapore), aims to shed more light on the Baweanese, whose presence in Singapore has been recorded since 1837. For example, it talks about the significance of the “ponthuk” to the Baweanese (the communal residences known as “pondok” in Malay) and how life has been for the community since being resettled out of the ponthuk.

ArtsEquator speaks to 28-year-old researcher Hadi Osni, who is currently a postgraduate student at the National University of Singapore, Department of Architecture, and 75-year-old Morni Sulaiman, a committee member of Persatuan Bawean Singapura.

[The interview below has been lightly edited and condensed.]

ArtsEquator: Can you tell us more about your Baweanese heritage?

Mr Morni: My father Sulaiman hails from Bawean. He is a first-generation Singaporean Baweanese. My mother, Rahmah Binte Abdullah, was born in Singapore. She is of Chinese descent. She was adopted by a Baweanese couple.

Hadi: I’m a fourth-generation Baweanese. My great-grandfather who is about 100 years older than me (born 1890) migrated to Singapore in the 1930s. He lived in an area called Everton Road, which was where my grandparents and my father were born. They moved out in the 1970s.

ArtsEquator: Hadi, how did your interest in the history of the Baweanese begin?

Hadi: When I was younger, whenever we drove past Tanjong Pagar Railway my father would always recall his memories living in a shophouse in Everton Road, close to what he called ponthuk. Every now and then he would chance upon an old friend, he would refer to them as “orang ponthuk”. I remember my father also speaking what I would refer to as a “weird form of Malay” whenever he was angry – the same language that he spoke to my grandparents and his elder relatives during Hari Raya. They would speak about me, you know, and then they would remark “Jereak tak ngerti lah”. “He doesn’t understand.” And I’d always respond, “ngerti lah!”, meaning “I understand!”.

In my third year of university, one of my assignments was to document an urban area that had been forgotten in official narratives of heritage. My grandparents were in their 80s already and I felt it was essential to build a stronger relationship with them. And this topic about the social history of the Baweanese appeared to be the best topic to open a conversation with them, particularly my grandmother. She used to light up whenever she talked about old Singapore. She was starting to have a bit of dementia, but she would recall vividly her memories living in the Baweanese enclave that was Everton Road.

ArtsEquator: Mr Morni, how close do you feel with your roots?

Mr Morni: Though I did not stay in ponthuk, but I had many relatives who stayed in the various ponthuks in Singapore. And my parents and my grandparents, they used to talk in Baweanese with some mixture of Malay when we were at home. So I understand the Baweanese language. I also had the opportunity to observe some of the culture and traditions observed by the community, and the various functions at the ponthuk.

When there were weddings, normally people would organise it at the ponthuk instead of their respective homes, because some of them lived in quarters provided by their employers. When it came to weddings or when someone passed away, they would carry out the activities in the ponthuk with the help of the headman, or what we call the pak lurah. 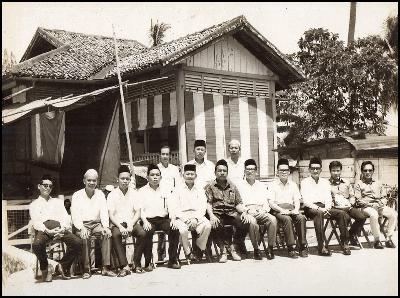 ArtsEquator: Hadi, what forms of research did you do to prepare for these webisodes?

Hadi: I looked into archival sources, archival building plans from National Archives Singapore and early literary sources such as Shair Saudara Boyan (Poem of the Baweanese) from 1930 and in 1881, there was the Shair Kampong Boyan Dimakan Api (Poem of Kampung Bawean Swallowed by Flames). I looked at these sources to craft a picture of the early migrant Baweanese community because most of the people that were interviewed (in the video) were born no earlier than the 1930s, so there is a gap in remembering what the Baweanese community was like before the turn of the 20th century.

ArtsEquator: Mr Morni, what aspects of Baweanese culture do you enjoy sharing with people?

Mr Morni: I like to share about what the Baweanese call “a polong-polong, a nolong-nolong”. In Malay, it means “gotong royong”. Or in English it means mutual help. The Baweanese community is very close-knit. This tradition actually starts from very young when they were in Pulau Bawean. At a tender age, the children were sent to the religious teachers to learn about Islam. They lived together and they were helping each other and understanding one another better. That habit has carried on throughout their growing up years. So when they came to Singapore, they maintained that spirit of mutual help and togetherness.

This mutual help is clearly reflected in the ponthuk system. The ponthuk system is the only system in the Malay community which has this sort of social welfare assistance – just like the Chinese where you have the kongxi or the Chinese clans. And I also like to share about how thrifty the Baweanese are. Some of them were working as gardeners, drivers, and yet the housewives, they were able to save money. A friend of mine shared with me how, during the Japanese Occupation, when banana currency was used, my friend’s mother used it to buy gold. That is how visionary they were. They knew that though the value of currency may disappear, the glitter of gold will still linger.

ArtsEquator: Is it easier now to share these stories because more people are interested in history and heritage?

Hadi: I think there is a bigger climate of nostalgia in light of the celebration of SG50, and amongst the older Singaporeans, having seen Singapore transformed drastically over the last few decades. I think most of them start to look back at those times, and they want to share them with the younger generation.

For the younger generation, it’s good to know a bit about where you come from, because it acts like a moral ballast, right? You’re not just a citizen of the internet and global culture. You are actually rooted to your ancestry. I feel quite comforted, for example, when I interview other Baweanese in Singapore, in Malaysia as well as Pulau Bawean, to hear Baweanese being spoken in the background. 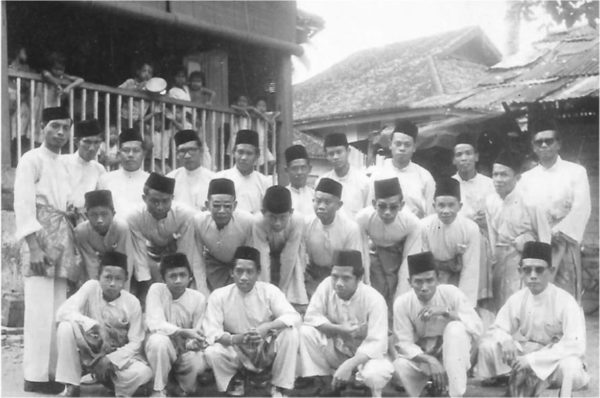 ArtsEquator: What are some challenges when it comes to trying to share or educate people about the culture and the community?

Mr Morni: With the loss of the ponthuk, the community also lost that physical bonding –  though not the spirit of gotong-royong. Some of the cultural activities that used to be conducted during the ponthuk days, for example, like the hadrah (spiritual singing), kompang (percussive ensemble), samrah (spiritual singing accompanied by the playing of the rebana) kerchengan (a specialised form of hadrah) – now it is quite difficult to see such activities performed in public. The only cultural activity that is still active in Singapore is the pencak silat (martial arts). The Persatuan Bawean is trying its best to revive some of these cultural activities, with the help of instructors from Indonesia or Malaysia.

Hadi: Sources on the early Baweanese community from before the 20th century are actually quite sparse. Like the literary works I mentioned, these are just two out of many more existing literary works of that time. One asks, what was the Baweanese social history and urban history like from as early as the 1820s all the way up to the 1880s? For these questions, we probably have to synthesise with other sources from the Dutch East Indies and Malaysia.

ArtsEquator: What are your hopes for people watching these webisodes?

Mr Morni: I hope people will have a better understanding of the Baweanese community, and that there will be more future opportunities to learn about the other sub-groups in Singapore. Just like the rainbow with multi-colours, the more we know of the various cultures, the similarities, the differences among the Nusantaran community – the Baweanese, the Javanese, the Minangkabau, the Bugis – the more we see the varieties, the more beautiful it will be.

Hadi: I hope this piques the interest of young Baweanese. So we can learn and reconstruct more about what the Baweanese community was like back in the past, beyond the anecdotal evidence that we already have from our older generation, who seems to be dominating the narratives, right? Also, to help more youth to culturally root themselves as part of, not just Singapore, but as a Nusantaran, Southeast Asian community. Not only the Baweanese, but other sub-ethnic groups, such as the Javanese, the Banjarese, the Jawi Peranakan, the Arab Peranakan, all these groups that have been diluted and simplified under the larger race categories of Chinese, Malay, Indian and Others.

This article is sponsored by The Arts House. LumiNation runs from 1 to 30 August, with various talks, presentations and programmes on the theme of migration and national identity. Read more here.