Every first Wednesday of the month, ArtsEquator releases our editor’s picks of shows/events/programmes that our readers can look out for in that month.

[SINGAPORE/In-venue & Online] Little Mournings is a puppetry show that tells the story of a senior maker who ponders on his existence as he brings objects back to life. The Finger Players show incorporates hand-operated mechanisms with animatronics to enhance the natural charm of conventional rod puppet design. The show was created with the puppet as a starting point, which was developed by maker Sim Xin Feng. This is part of The Maker’s Project, a four-part series (running till 14 March) that also includes a forum, a gathering and a workshop, centred around supporting the growth of makers of puppets.

2. PHARE into the Future

[CAMBODIA/Online show] Battambang-based non-profit art school Phare Ponleu Selpak is presenting a one-hour circus show to help raise funds to counter the impact of COVID-19. Though the show is free, the 27-year-old organisation, which was set up by nine Cambodians who grew up in refugee camps, hopes to attract donations to secure its future. Judging by this catchy video, the show looks set to showcase circus performances including acrobatics and stunts, live music and dance. There’s also a possibility of breaking a Guinness World Record – which is always a nice bonus. 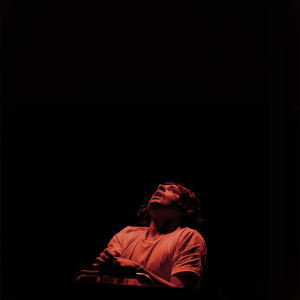 [SINGAPORE/In-venue] Young theatre group The Second Breakfast Company is taking on Robert Yeo’s The Singapore Trilogy, comprising the seminal Are You There, Singapore? (1974), One Year Back Home (1980) and Changi (1997). This is the first time all three plays are being performed together, condensed to a manageable 140 mins.  They take us back to a time of active nation building, yet their themes of friendship amidst political awakening and intrigue are evergreen, and perhaps more relevant than ever. We don’t always restage shows in Singapore, so that’s enough cause for celebration, but this one isn’t simply a restaging – it includes previously deleted scenes, new material and a new ending co-written with original playwright Yeo. 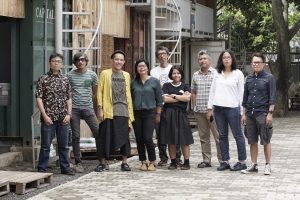 [INDONESIA/INTERNATIONAL/Online] We’ve been excited about ‘lumbung’ (Indonesian for ‘granary’) since we first read about it in the context of Jakarta-based collective ruang rupa’s vision as artistic directors of documenta fifteen. Of course, COVID-19 has thrown a spanner in the works, but the collective enquiry into artistic practice, resource sharing and process continues. In this Zoom session, the architect-trained Farid Rakun from ruang rupa will be sharing more about lumbung and its processes. This session is organised by What Could/Should Curating Do (WCSCD), a Belgrade-initiated platform centred around notions of curatorial.

[SINGAPORE/BERLIN/Online] Dancer Hasyimah Harith has been exploring ideas around the female body, sexuality and agency for a while now, and this show seems like a natural progression – it looks at notions of the body as a tool of control by the state, as well as the way the body of the Malay-Muslim woman, more specifically, is controlled and policed. With the artist currently pregnant, it seems apt that the work, titled Daging (or Malay for “meat”), also looks at the divine and liberated body of the mother. 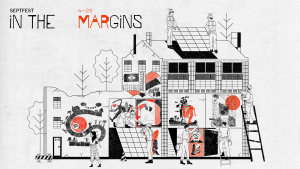 [SINGAPORE/In-venue] This list doesn’t always exceed six, but we can’t not give a shout-out to beloved independent arts space, The Substation, which will be closing after 30 years. It’s been an eventful few weeks since local media reported the confirmation of the state’s intentions to take back the premises to turn it into a shared arts centre. In response, its board has announced that it will be bowing out from the scene. It’s hard not to mourn – though some communities, like the punk musicians and artists off-the-mainstream path who used to call it home, have long felt displaced – but at least we have a festival to pay tribute and celebrate the spirit of The Substation once more.

ArtsEquator is introducing three new series in 2021 – Hot List, Teaser Tuesday and Cakap-Cakap – to help promote shows, events and other arts and culture programmes in Singapore and the rest of Southeast Asia. Read here for more.

To submit a show/event/programme for consideration for any our new three series, you must fill in this form. All entries to be featured must be submitted by the 15th of the preceding month. ArtsEquator reserves the right not to publish any information that is shared, at our editorial discretion.