Our panel of four Southeast Asian speakers, Ann Lee (Malaysia), Katrina Stuart Santiago (The Philippines), T.Sasitharan (Singapore) and R.Sivarasa (Malaysia) will share case studies of recent arts and culture censorship, and share their insights into the underlying reasons and meanings of these. Special attention will be paid to the differences and similarities across the region, in challenges for freedom of expression in the arts in Southeast Asia. The panel will be moderated by Kathy Rowland, managing director of ArtsEquator.

The event will be livestreamed here. You can ask the speakers questions during the conversation through the Rörelsernas Museum Facebook Page. 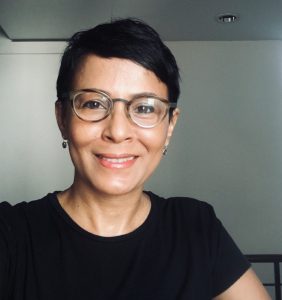 Kathy Rowland is the Managing Editor of ArtsEquator.com, which she co-founded with Jenny Daneels. The site is dedicated to supporting and promoting arts criticism with a regional perspective in Southeast Asia. Kathy has worked in the arts for over 25 years, running arts and culture programs and arts media platforms. She has edited several volumes of plays by leading playwrights in Malaysia and Singapore. Kathy has written widely on the politics of culture and, with a special interest in arts censorship. Kathy has also produced theatre and visual arts events in Malaysia, Singapore, South Korea, New York, Australia and Thailand. 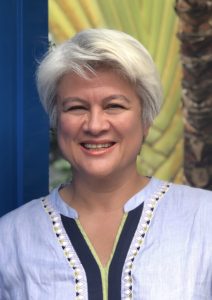 Born in Tawau, Malaysia, Ann Lee is a playwright, and a researcher of political humour in theatre, television and social media, including contemporary indigenous satire. She earned her PhD in Southeast Asian studies at the National University of Singapore. Ann is a past Fellow of the Asia Leadership Fellow Program (Japan Foundation and International House of Japan). She is currently working on two independent research projects; the first concerns ‘freedom of expression’ and faith-based texts; the second as supervising researcher for the Censorship section of online Malaysian arts archive www.myartmemoryproject.com. Her latest play is available in Southeast Asian plays (Aurora Metro, 2016) 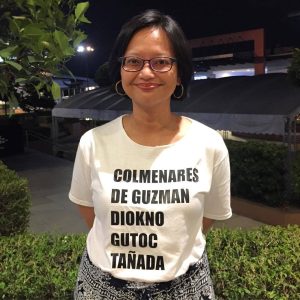 Katrina Stuart Santiago is an independent cultural critic and opinion writer from Manila, with a decade of work in print and online. She holds a Masters Degree in Philippine Studies from the University of the Philippines, and her critical work on theater, film, visual arts, and popular culture was published in Rebellions: Notes on Independence and Romances: Variations on Love by the Ateneo de Naga University Press in 2017. Her role as critic has fueled her activism, which cuts across issues of cultural labor, systemic dysfunctions, and institutional crises. She is contributing writer for CNN Philippines, and is teacher of multimedia arts at the College of St. Benilde-School of Design and the Arts. She maintains the review website gaslight.online, the opinion page disquiet.ph, and has been writing at ww.katrinasantiago.com since 2008. She is founder of PAGASA-People for Accountable Governance and Sustainable Action, which seeks to build a new civil society for the urgencies of the present. 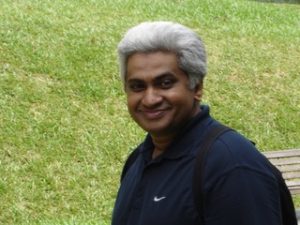 Sasitharan (Sasi) is Co-Founder and Director of the Intercultural Theatre Institute. With the late Kuo Pao Kun, he conceived and started ITI in 2000. He was Artistic Director of Substation (1995-2000), Singapore’s only independent arts centre to date, and was the Theatre and Visual Arts critic of The Straits Times (1988-1995). Between 1983 and 1988, he taught Philosophy at the National University of Singapore. For 40 years he has worked in theatre as an actor/performer, director and producer. He writes and lectures on art, theatre training, performance practice and Singapore culture and received the Cultural Medallion in 2012. 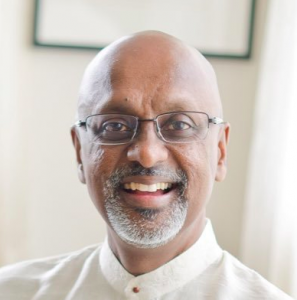 Sivarasa graduated with a First Class Honours degree in genetics from the University of Malaya in Kuala Lumpur. He proceeded to study law at St. Anne’s College, Oxford University as a Rhodes Scholar. With other activists, he founded Malaysia’s leading human rights advocacy organization SUARAM in 1989 to campaign for the repeal of the infamous Internal Security Act. After the Reformasi movement ignited in 1998, he entered the political arena first with Parti Rakyat Malaysia and then Parti Keadilan Rakyat. He is now a third term Member of Parliament and currently serves the constituency of Sg Buloh in Selangor.He has been a member of Keadilan’s central leadership council from 2003 to date and also served as a Vice-President from 2003 to 2010. He is married to Anne James, a prominent actress in the Malaysian theatre scene who won Best Solo Performer in the Boh Cameronian Arts Awards in 2003.  He is also a cancer survivor having been diagnosed with metastatic medullary thyroid cancer in 2000.

You can catch the livestream of Freedom Talks@ArtsEquator on 25 Sept, 8.30pm (Sg time/GMT+8) here. Note that questions will be welcomed over on the Rörelsernas Museum Facebook page.