Skip to content
Adrian Jonathan Pasaribu highlights the inequalities faced by the arts in Indonesia which were exposed during the COVID-19 pandemic.

The pandemic in Indonesia, most of the time, feels like a weekly event. Every Friday, at least during the height of the pandemic, the central government announced the recommended level of public activities restriction for the coming week, with Level 1 being the most relaxed, and Level 4, the strictest. The recommendations are assigned per city, based on the statistical input from the Covid-19 Task Force. Provincial and local governments are required to follow the ruling, but they do have the autonomy to implement their own variation of public restriction, especially when certain national agendas are at stake. This often leads to highly contrasting situations week by week, across the different cities and provinces, especially for art and cultural event organizers.

From 18 to 20 March 2022, Indonesia attracted global attention for hosting a MotoGP race in the newly-opened Mandalika International Street Circuit, Central Lombok. It was not only the nation’s first international motorcycle grand prix in 25 years, but also its biggest sporting event since the start of the Covid-19 pandemic two years earlier. Around 63,000 tickets were sold, with 22,000 of them reserved by the provincial government to be purchased by civil workers and state officers in ten cities throughout West Nusa Tenggara¹. From a nearby hill, people could also watch the race for free. In total, according to media reports, there were an estimated 102,800 spectators during the three-day event.²

One week later, on 29 March 2022, a music concert in Bandung featuring Tulus, a national pop sweetheart, was forcefully cancelled. In a press conference, the organizers claimed that the city’s Covid-19 Task Force did not allow the concert to take place and apologised for the inconvenience to the public³. The concert in question sold out all of its 500 tickets, which were then refunded by the organizers after the event’s cancellation.⁴ In the same conference, a representative of the task force revealed that there were two other music concerts cancelled on the same day. Both also featured renowned performers and were planned for a similar scale of spectatorship.⁵

During those weeks, both Bandung and Central Lombok were assigned Level 1 restrictions by the central government. Meaning: public and private entities in both areas could go about their daily businesses in full capacity, from offices, hotels, shopping malls, restaurants, movie theaters, parks, libraries, worship places, sport facilities, to art spaces. Sport and cultural activities could also be organized for public attendance, including motorsport races and music concerts.  Yet it seemed there were different policies in action.

To make matters even more confusing, on the same day of Tulus’ cancelled concert, the Deputy Mayor of Bandung opened a philatelic exhibition in the city museum.⁶ It’s the 100th anniversary of Perkumpulan Filatelis Indonesia (Indonesian Philatelists Association), a hobby group with members hailing from various cities in the archipelago. The chairperson, notably, is Fadli Zon, the former Deputy Speaker of the People’s Representative Council and the vice-chairman of the third-largest political party represented in the current regime.

The state’s bureaucratic red tape is painfully clear to see from these chains of events. The MotoGP race in Central Lombok was sponsored by Pertamina, a state-owned oil company, while the race itself was publicly endorsed and personally attended by President Joko Widodo, in a bid to strengthen Indonesia’s presence in the lucrative global sporting events circuit. The state’s desire for international audience trumped any immediate concern about the pandemic.

On a more local scale, a similar pattern of power relations is also apparent from the philatelic exhibition in Bandung. Given the top-down nature of politics in Indonesia, it is common for local entities or officials to loosen some strings in order to appease or gain favours from those on the national political stage. It could range from organizing a ceremonial event, to publicly advocating for the state’s political agenda. Hosting an event for a high-ranking politician’s hobby group during the pandemic certainly fits the spectrum.

In contrast, the music concert organizers were private institutions and grassroots communities with no state backing at all. It would appear they had no bargaining point whatsoever.

For all its devastating consequences, the pandemic has become the great revealer of inequalities. For years, similar acts of patronage or grandstanding have been ever-present in the Indonesian state’s political vocabularies. The pandemic merely contrasted such actions against the backdrop of very urgent and lethal health risk. On the basis of anticipating public health risks, which is a perfectly reasonable concern during the pandemic, the state dictates what is acceptable in the public sphere and excuses itself more than enough times.

As presented by Ratri Ninditya on Koalisi Seni’s webinar on 19 April 2022, the state had been engineering the health protocol for its own benefit since the height of the pandemic.⁷ Ninditya pointed at how the city government of Kendal, Central Java, hosted a barongan performance on a public tourist site to welcome visiting state officials on 28 October 2021.⁸ The event attracted hundreds of bystanders from the neighbouring areas, along with the thirty-ish state officials in attendance. At the time, Kendal was assigned Level 2, which only allowed small groups for activities in public areas.

Ironically, at the start of Covid-19, the Kendal government itself had forbidden barongan performers and other traditional art groups from organising public activities. This policy obviously impacted the performers’ livelihoods. Other than a rather stilted attempt to distribute relief funds by the national government, there were no safety nets provided by the state for the local art workers. Some persisted practicing their art in their homes without any economic prospect, while some moved on to doing odd jobs just to sustain their living.⁹

Indeed, two months before, the Kendal government’s barongan performance for state officials, a video went viral in the social media, depicting a village head in Kendal ranting angrily after a local art performance in his area was forcefully stopped by the local police and the region’s Covid-19 Task Force.¹⁰ In November at the same year, a similar thing happened in Kendal involving a group of kuda lumping performers.¹¹

The inequality and oppression evident in these cases in Kendal is not unique. Koalisi Seni has been tracking the number of arts censorship cases across Indonesia. Throughout 2021, as Ninditya elaborated, there had been 39 cases related of arts events being closed or cancelled, in the name of Covid-19 protocols. All of the cases followed a similar pattern. A local art group—usually traditional arts, such as reog or wayang, but sometimes dangdut music groups—is invited to perform in weddings and public fairs. Then, the authority—usually the police and the Covid-19 Task Force—comes sweeping in to the event, citing “attracting crowds” or “lack of permissions” as the reason for cancelling the said show. The state has always been the one handing the punishment. There are no records of the state being at the other end of the stick, when it itself contravenes its own Covid policies.

The pandemic itself presented a stern test for the state’s public image. Due to the lack of strategic actions at the early days of Covid-19, the government abruptly restricted any public activity and struggled to provide social safety nets for the masses. Massive unemployment beckoned and the public struggled to meet their basic necessities. Everyone is on their own for survival.

It was only a matter of time before the hardship grew into public dissent. Perhaps appropriately, art was used to express this dissent.  On the first week of August 2021, a mural in Tangerang, West Java, depicting the text “404: Not Found” on a caricature of the face of President Joko Widodo went viral.¹² Like a missing webpage, the president could not be accessed by the public, especially with the state’s lack of clear public direction during the early decisive months of the pandemic. The following week, another mural in Pasuruan, East Java, with a far more direct message went viral. Its message: “Dipaksa sehat di negeri yang sakit” (‘forced to be healthy in a sick country’).¹³ On more or less the same week, a mural in Banjarmasin, South Kalimantan, attracted the netizens’ attention. On a wall, it displayed the text “Wabah sesungguhnya adalah kelaparan” (‘the real pandemic is hunger’) over a bright yellow background.¹⁴

The state’s reaction was simply to erase the murals and hunt down the artists. In separate statements to the media, the police and government officials cited a similar reason for the erasure, that is “violating public decency”. As a response, a civil group in Yogyakarta organized a national mural competition. The rule was simple: whoever has their mural erased by the authority, wins.¹⁵

In the end, the mural competition ended in an achingly fitting manner, as the organizers symbolically declared all the seventy-ish participants, winners.¹⁶

For all the inequalities throughout the pandemic, the state had been existing merely as a symbol that somehow perpetuates public suffering. To have any hope of redressing the balance, the public must reclaim the very same symbolic space the state resides in, just like the muralists did. Since the public had been left to survive on their own, a symbolic victory is the only meaningful victory remaining.

This content is produced as part of a project to research and document arts and culture censorship in Southeast Asia, organised by ArtsEquator. For the Indonesian version of this article, translated by Theodora Agni, please click here. 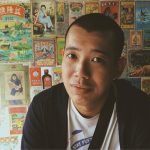