The annual Asian Restored Classics (ARC) festival is an initiative by the Asian Film Archive (AFA). It’s the first of its kind in Singapore, providing a platform to celebrate the best of Asian cinema by screening the restored historic and iconic films to be appreciated by new generations of audiences.

The past two editions of the festival have showcased 18 Asian classics. Most of these restored versions of the films were screened for the first time in Singapore, including blockbusters like Hong Kong’s A Better Tomorrow, Japan’s first colour feature film Carmen Comes Home, and Ring of Fury, Singapore’s first and only martial arts film restored by the AFA.

Film restoration is a highly specialised and laborious process that entails months, sometimes years of work. Searching for the surviving materials among the world’s archives and private collectors, painstakingly comparing and utilising shots and scenes from diverse sources, repairing splices and perforations, removing auditory imperfections, and restoring faded prints to its original colours, are some of the many tasks involved in restoration.

Here’s a list of films that have been restored and are showing at this year’s Asian Restored Classics 2018.

Check out the AFA’s teaser videos of Orang Minyak (1958), Batch ’81 (1982), and Yellow Earth (1984), that present snippets from each film before and after the restoration process, which brilliantly exemplify its effects. 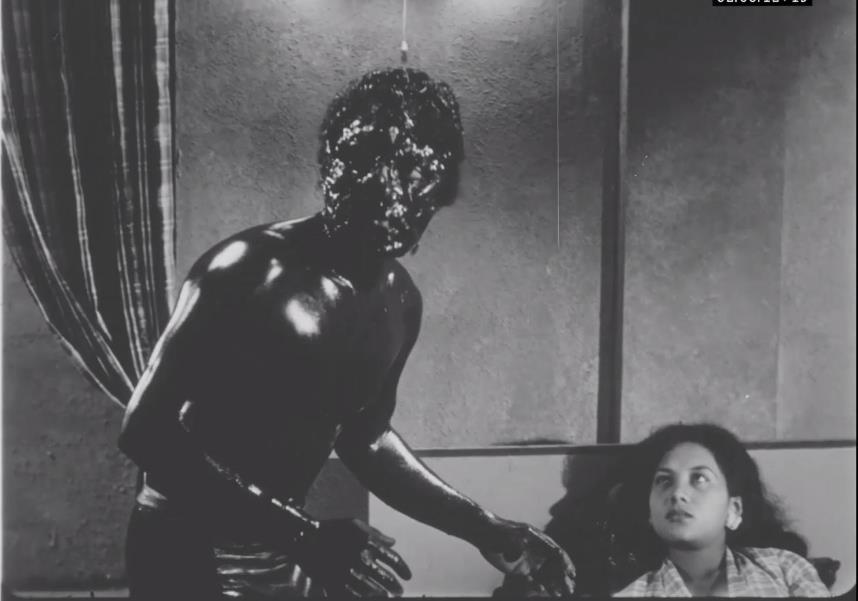 A village comes alive with fear when an ‘oily man’ begins terrorising its women in the dead of the night. Taking chance upon this frenzy, Shaw Brothers’ Malay Film Productions and Cathay-Keris created a film regarding the oily man. L. Krishnan’s version won by a hair. Director L. Krishnan will be attending the screening of Orang Minyak on 25 August and giving a short introduction before the film. At 96 years old, he is one of the oldest living film directors from the golden age of Malay cinema during the 1950s to 60s, and regarded as the father of the Malay film industry.

A pioneer of the Malay film industry, L. Krishnan moved to Singapore in 1949 where he became a film director at Shaw Studios and then Cathay Keris Films. At Cathay, he ventured into making the first few Malaysian horror films including Orang Lichin (1957) and Serangan Orang Minyak (1959). 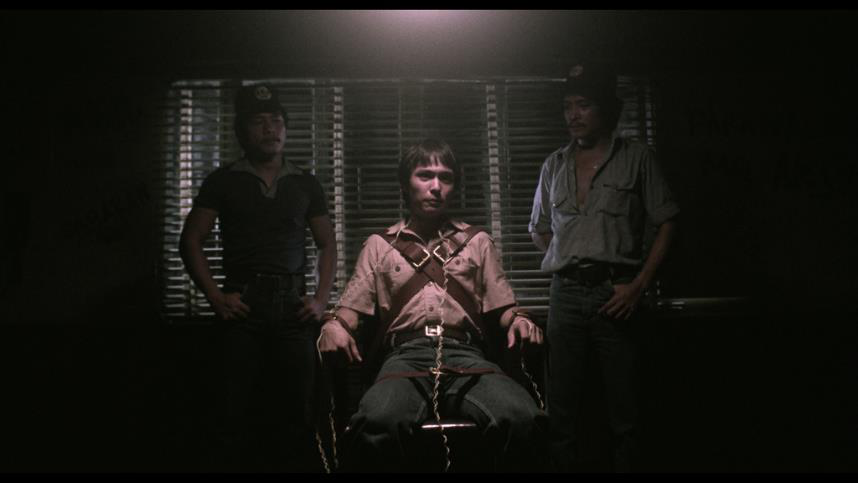 University student Sid Lucero dreams of joining the Alpha Kappa Omega fraternity known for its brutal
initiation rites. After being accepted, he bears witness to escalating acts of violence, obscenity and
degradation and their brotherhood is put to the ultimate test when conflicts arise with a rival fraternity.

Mike De Leon was born on May 24, 1947 in Manila, Philippines as Miguel Pamintuan De Leon. A film director, producer, cinematographer and screenwriter, he is known for films such as Kisapmata (1981), Sister Stella L. (Sangandaan or Crossroads) in 1984 and Bayaning 3rd World (Third World Hero) in 1999. 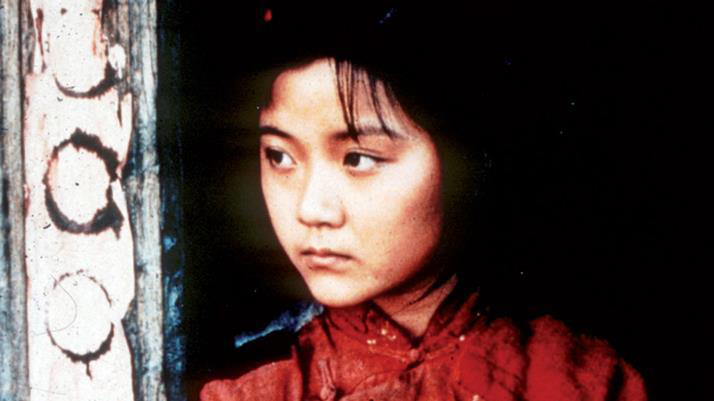 In 1939, an idealistic communist soldier was on a mission to collect folk songs from the Chinese people in the countryside. While on a mission, he discovers that the peasants sing songs of their toiling existence rather than joy.

Chen Kaige was born in Beijing in 1952 and was influenced by film at an early age through his father, Chen Huai’ai, also a director. In 1978, Chen joined the Beijing Film Academy the year it re-opened after the Cultural Revolution where he studied together with Zhang Yimou and Tian Zhuangzhuang. Together with several others, they came to be commonly known as the “5th generation” of Chinese filmmakers. 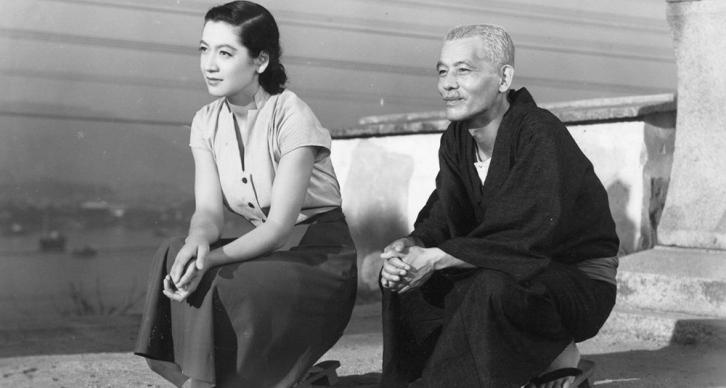 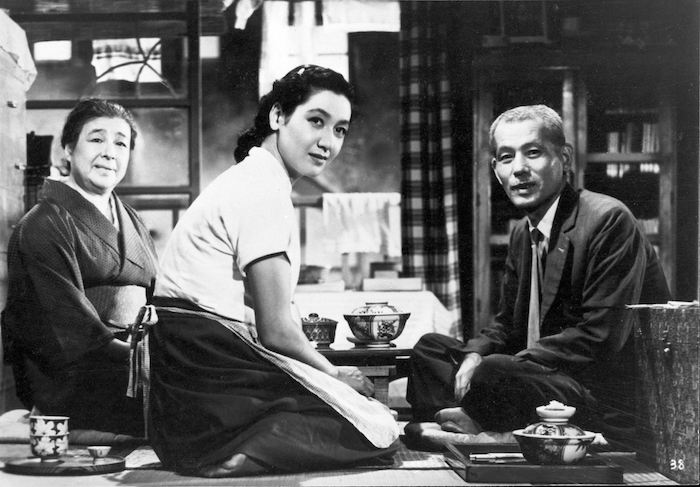 The son and daughter of an aging couple are too busy to pay attention to them, thus the aging couple goes on a journey to visit their children and Noriko, the widow of their younger son who was killed in the war, begins to keep her in-laws company.

Yasujiro Ozu, one of Japan’s finest film directors, was born on December 12, 1903, in Tokyo’s Fukagawa. Tokyo Story is widely regarded as Yasujiro Ozu’s masterpiece and is often cited as one of the greatest films ever made. In 2012, it was voted as the best film of all time in a poll of film directors by Sight & Sound magazine. 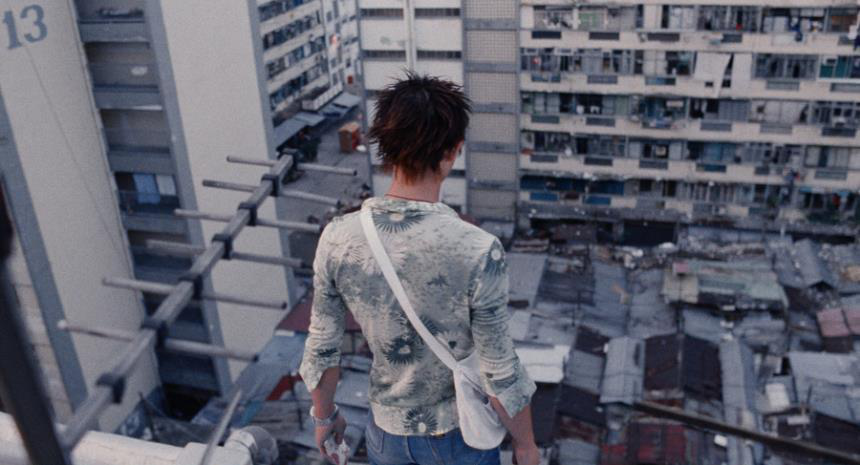 When Moon, comes into possession of two bloodstained letters left behind by a schoolgirl suicide, he starts having bad things happening to him. It soon turned to become a series of unfortunate events for moon from his father abandons his family for his mainland mistress to falling for a girl who turns out to be seriously ill.

Fruit Chan was born in 1959 in Hong Kong. After entering the cinema industry as an assistant director in the early eighties, he directed his first feature film, Finale in Blood, in 1993 and became a cause célèbre with the low-budget Made in Hong Kong (1997). 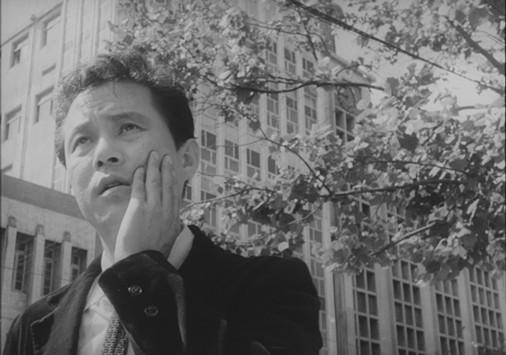 Office worker Cheol-ho is plagued by a toothache but dare not visit a dentist because of his meagre income. He wanders around despondently as his closed ones struggle to survive in the devastated city of post-war Seoul.

Yu Hyun-mok was born on July 2, 1925 in Sariwon, Bongsan-gun, Hwanghae-do.  In 1960, Yu made his mark with Aimless Bullet. Banned when it was first released in 1961 for alleged sympathies with the enemy to the North, this unflinching portrait of the aftermath of Korean War is now widely regarded as the finest in Korean cinema’s history. 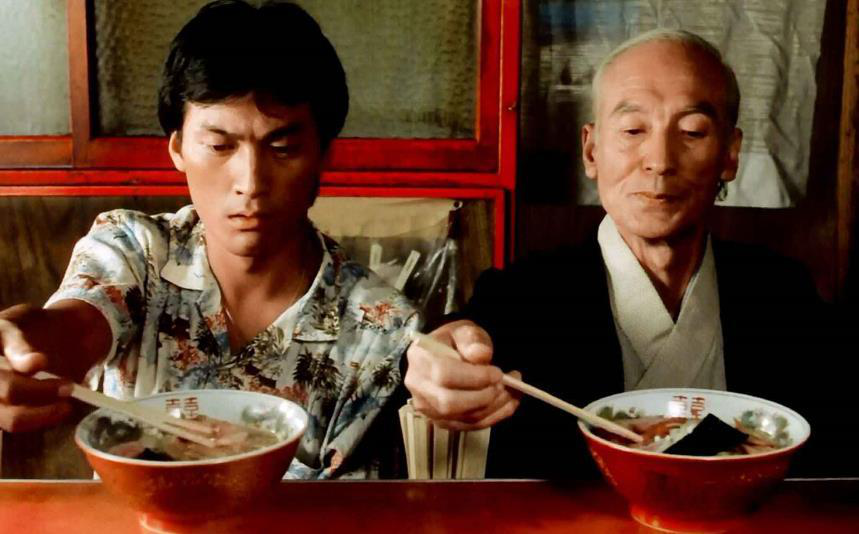 An eccentric band of culinary ronin guide the widow of a noodle-shop owner on her quest for the perfect recipe, while offbeat vignettes of food culture both high and low intersperse through the story to explore the desires of human appetite.

Juzo Itami was born in 1933 in Kyoto as Yoshihiro Ikeuchi. In 1954, he moved to Tokyo and found a job in the editorial department at the fledgling studio Shintoho. Itami began working on television documentaries in 1970, which deepened his interest in filmmaking, and he also appeared on-screen as a reporter in several programs. His second film, Tampopo was released overseas to great success and acclaim, and at home gave rise to the so-called Itami brand of comedy. 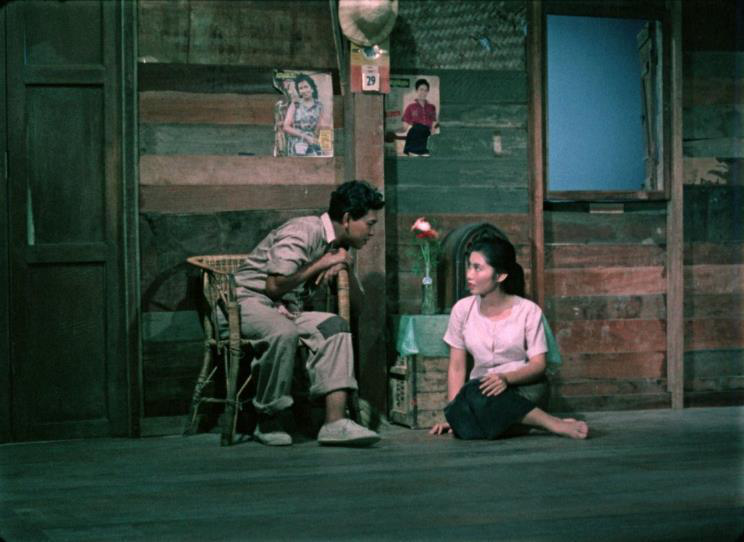 Nien, a poor orphan girl on the run seeks refuge with a singing garbage collector named Choo. They fall in love but are torn apart when Choo is drafted into the army, sent off to war and returns blind while Nien gets adopted by a wealthy woman in his absence.

Ratana Pestonji in Bangkok to Persian parents. He started his film career as a cinematographer for Pantai Norasingh in 1949 and his great achievement came with self-produced Santi-Vina in 1954, which was the first Thai feature film on 35 mm in color. Ratana Pestonji, regarded as the father of contemporary Thai cinema, this drama comedy and musical explores the classic tale of class and loyalty and celebrates its 60th anniversary in 2018. 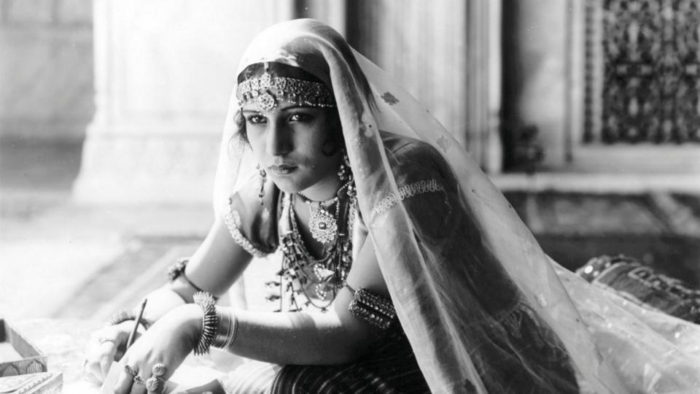 Shiraz, a humble potter, follows his childhood sweetheart Selima when she is sold by slave traders to the future emperor. Selima catches the eye of the prince but finds a bitter rival in an ambitious favourite from his harem. Shiraz, meanwhile, is fated to design the queen’s iconic mausoleum.

Born in Munich in 1876, Franz Osten was a German filmmaker appointed by Bombay Talkies, a studio run by actor-producer Himanshu Rai. The Rai-Osten partnership proved fruitful in the 1920s and together they made several successful films including Shiraz (1928). 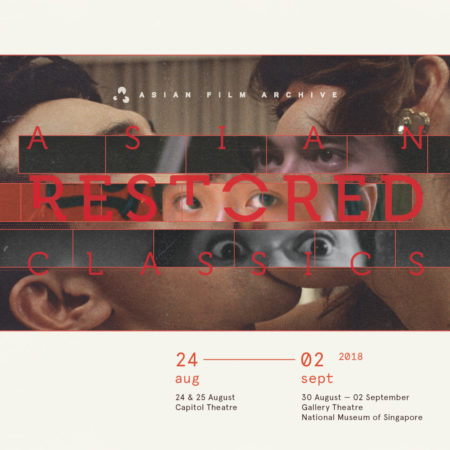 The Asian Restored Classics 2018 will take place from 24 August to 2 September 2018 at Capitol Theatre and the Gallery Theatre at the National Museum of Singapore. Tickets are available via SISTIC online booking, phone booking (+65 6348 5555), and at all SISTIC outlets.

The Asian Film Archive (AFA) is a non-profit organisation. It preserves the rich film heritage of Asian Cinema, contributing to culture, scholarship and industry through organised screenings, educational and cultural programmes that serve to promote a wider critical appreciation of this art form. For more information, visit AFA’s website here.

This article is published in partnership with Asian Film Archive for Asian Restored Classics 2018.