Talk Prof. Dr. Ghulam-Sarwar Yousof: Kelantan Shadow Play: Some Challenges, 29 Nov, KL
Following a brief introduction to the Kelantan shadow play, principally in terms of dramatic content, this lecture will touch upon socio-political as well as religious issues surrounding this genre, questions related to State policies and other factors which, in recent decades, have directly or indirectly led to the decline of this important traditional art form. More info here. 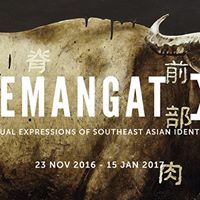 SEMANGAT X: Visual Expressions of Southeast Asian Identity showcases elements of values stemming from shared traditions and cultural geography of the Southeast Asian region. This exhibition features artworks by 24 prominent artists from 10 member nations of ASEAN which convey national characters; each identity uniquely shaped by its social and political conditions.

To further expound on the scholarship of Southeast Asian art, focus has to be given towards defining a “common ground”, notwithstanding the region’s variety of languages, cultures, religions, “historic openness” to foreign trade and commercial interactions in building a post-colonial region. Even though the physical, political, social and cultural diversity is too immense to qualify the region with a distinctive personality, the arts through the traditional political-cultural framework can play a pivotal role in building a singular regional identity projecting “One Southeast Asia”.

Feast your eyes and ears on Enfiniti Academy’s year-end musical comedy, Aladdin A Musical Comedy Reloaded as it hits the stage of PJ Live Arts in the 2nd to 11th of December 2016.Boo, hiss & cheer along with Aladdin & Genie. Don’t miss out on an unforgettable evening with uproarious laughter, popular songs and unexpected new twists. More info here. 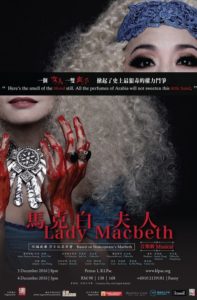 God has a vision of the Great Kingdom is doomed to a disaster. She said the most frightening is not God, is the people. Lady Macbeth is a beautiful and smart woman, with burning ambition.She has all her husband’s ambition, without a particle of his loyalty to the King, which prevents his following her counsels as speedily and eagerly as she wishes . She thoroughly believes the witches’ prediction about her husband’s becoming king, and, though they never suggested crime as necessary to confirm their prophecy, she resolves to persuade Macbeth to remove every obstacle to its fulfillment. In Mandarin; Luna Zhong’s adaption of the classic play is directed by Clifton Ko. More info here. 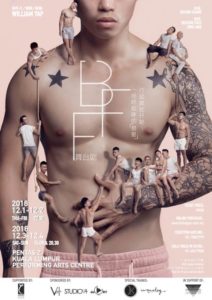 Drama happens when one of the BFFs, Joshua, was diagnosed as HIV positive. The gang feels upset and wants to help by investigating and finding out the cause of the infection. Joshua’s life has changed due to the virus. He broke up with his lover and his family starts to be suspicious about his health condition. At the same time, the bond between the BFFs is challenged. Will they be able to overcome the obstacle? Will Friendship win? More info here. 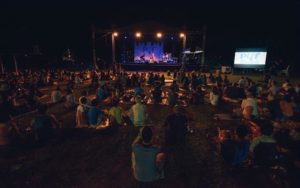 The Penang Island Jazz Festival began in 2004 and ever since then it has been held on the first weekend of December for the past 12 years. The dates for this year’s 12th + 1 edition are from the 1st to 4th December. Poised as the annual musical destination for music lovers from all over the world, the festival’s four-day programme includes the outdoor “Jazz By The Beach”, the “Creative Malaysia Fringe Programme”, “Music Workshops”, the “Island Music Forum”, “Jazz Gallery Exhibitions”, the early morning “Sunrise@Tropical Spice Garden” and more! This year’s performers for “Jazz By The Beach” include saxophone-guitar duo, “Nicole Jo & Peter Finc”, Danish harmonica/keyboard sensation “Mathias Heise Quadrillion”, a Polish/Malaysian collaboration “Rafał Sarnecki Quintet”, Japan’s “Triple Standard” and others! For more info, go here.