In this time, we have seen economies shaken, workplaces vacated, and labor as we know it thrown into flux. Adaptation has been a matter of survival, and where some industries have flourished, others have floundered. In Vietnam, on the other hand, it now almost feels strange to talk about the pandemic in a current sense; as the nation’s successful COVID-19 prevention campaign has so far paved the way for a triumphant cacophony of clattering plastic chairs, karaoke classics and một, hai, ba dzô’s.

In the world of film and advertising, the dramatic shift in audience behavior has seen the demand for online content skyrocket, while the need for commercial content has remained as high as ever. Yet, with a mostly incapacitated global workforce, the rate of production has slowed, or even stopped completely, in various places overseas, driving a frenzied search for alternative ways of filmmaking. This has put Vietnam in a unique and advantageous position, as one of the only places on earth that can currently allow a production crew to work relatively safely without the strict moral, legal or social limitations imposed to curb coronavirus spread as seen elsewhere.

“The local production industry seems not to have been affected much [by the pandemic],” says Chi Minh de Leo, executive producer and co-founder of Clubhouse Films. ”I hear that everyone is quite busy, as we only had a little break compared to the rest of the world.”

Manila (CNN Philippines Life) — Teddy Co was a young boy when he frequented Manila’s “movie palaces” in the 1960s. The brightly lit marquees made a spectacle of Rizal Avenue, colloquially known as Avenida. Long queues lined the corner of Carriedo Street where Ideal Theatre stood, premiering Metro-Goldwyn-Mayer (MGM) pictures like “Doctor Zhivago.” Down the avenue was the State Theatre — the home of Twentieth Century Fox films like William Wyler’s historical epic “Ben Hur.” Co would cross Plaza Sta. Cruz to reach Escolta Street where he attended screenings in Capitol Theatre for Taiwanese films subtitled in English.

“When I was going to Capitol, it wasn’t at its height anymore,” said Co, a film historian. Built in 1935 and renovated after the Second World War, Capitol was revered as one of Manila’s most “modern” theatres. The ziggurat tower, decorated with a geometrically woven grillwork, was reminiscent of a Parisian industrial quality — what art historians later coined as “Art Deco.” On the vertical planes flanking the tower were bas relief sculptures by the Italian sculptor Francesco Monti — two women in baro’t saya, one carrying a theater mask and another a lyre, elegantly hovering over pedestrians. Capitol’s double-balcony interior accommodated over 1,100 people — a rare feat for its time — and was designed by architect and National Artist Juan Nakpil.

Yet, like State and Lyric, its sister theatres on Avenida and Escolta, Capitol eventually met its demise. On June 2020, the building’s post-war facade was demolished to make way for a high-rise.

KUALA LUMPUR, July 20 — Kean Wong, the editor of the controversial book titled Rebirth: Reformasi, Resistance, And Hope in New Malaysia which had a cover that allegedly insulted the country’s coat of arms, or “Jata Negara”, has been traced to be in Australia.

Bukit Aman Criminal Investigation Department (Investigation/Legal) deputy director DCP Mior Faridalathrash Wahid said that based on investigations, Wong celebrated Chinese New Year in Malaysia with his family earlier this year before returning to Australia at the end of January.

He added that based on information, Wong’s lawyer informed that the book editor has held Permanent Residence (PR) status in Australia for more than 10 years.

“We are waiting for feedback from Wong through his lawyer regarding investigations into the book,” he told Bernama.

Jakarta. A new platform called The Archipelago provides a space for black, indigenous, people of color and refugee writers to showcase their work to the world.

Started by a group of refugee and migrant-background writers in 2019, the online magazine is open for submissions from writers, artists, poets, photographers, filmmakers and more.

The collective includes writers from Indonesia and Australia, and refugees from Eritrea, Sudan, Somalia, Myanmar, Pakistan and Afghanistan who are currently stranded in Indonesia.

“We collaborate with refugee writers in Indonesia and mentor them to become published journalists and creative writers,” Kieren Kresevic Salazar, a Peruvian-Australian writer and the collective’s founder, told Jakarta Globe. 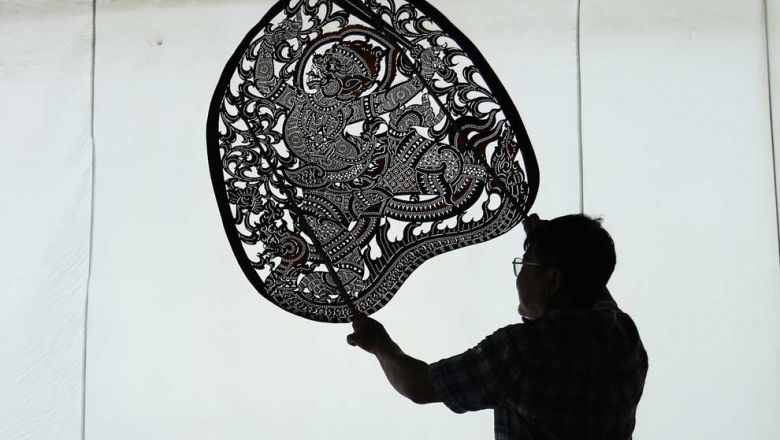 After closing its oldest theatre – the Sovanna Phum Theatre – in May, the Sovanna Phum Art Association returned to the stage at the Secondary School of Fine Arts much to the delight of its audience, which included Minister of Culture and Fine Arts Phoeurng Sackona.

When the Sovanna Phum Theatre announced its permanent closing in May, Khmer traditional art master Mann Kosal was still hoping to somehow continue the legacy of his performances.

Even as he was packing his things before he travelled to his hometown in Takeo province, Kosal would not give up his lifelong journey in Khmer traditional performances.

He has participated in masked dance, or Lakhon Khol, and Sbek Thom shadow theatre, where leather cut-outs of human figures are used to create a puppet show. Sbek Thom was inscribed in UNESCO’s list of Intangible Cultural Heritage of Humanity in 2005.

In May, at the 26-year-old Sovanna Phum Theatre, tears welled in the art master’s eyes as his students packed their art pieces and equipment before vacating the premises.