Ghosts and Other Myths: How Vietnam Celebrates the 7th Lunar Month
Saigoneer, Vietnam

In Vietnamese customs, the lunar month of July contains many special days of worship and celebration, with various traditions.

This includes That Tich (Qixi Festival) on July 7; Vu Lan, a filial piety ceremony also known as the Yulan Festival on July 15; and Tet Trung Nguyen (Ghost festival) on July 15. These dates, however, are all according to the lunar calendar.

Popularly known as Chinese or Asian Valentine’s Day, there are many variations of the legend of Qixi Festival across Asia, with the original story coming from Chinese mythology and dating back as far as the Han Dynasty. Equivalents of this celebration in other countries include the Tanabata Festival in Japan, the Chilseok Festival in South Korea, and Thất Tịch in Vietnam.

The tale of the Vietnamese That Tich festival stems from a moving love story between Chức Nữ, a fairy weaver girl, and Ngưu Lang, the god of cowherding. The lovers were infatuated with each other and neglected their heavenly duties, which angered Ngọc Hoàng (the Jade Emperor), the supreme ruler of Heaven. Ngưu Lang and Chức Nữ were thus banished to opposite sides of the Milky Way and are only allowed to meet each other once a year, on the day of That Tich, when a flock of magpies would form a bridge across the galaxy to reunite the lovers. Each year, as they must part again, Ngưu Lang and Chức Nữ would cry incessantly. Their tears then fall to the earth and turn into rainwater.

Metro Manila (CNN Philippines Life) — Many artists and writers work with a creative philosophy in mind; a system of core beliefs that guides and informs their work. For educator and author Laurel Flores Fantauzzo, there isn’t so much of a creative philosophy as there is “an emotional drive.” “If I observe a silence or a public confusion around an issue, sometimes I feel the urgency to address it, to attempt some clarity, especially if an injustice is taking place.”

This drive, she says, was the impetus of her first book, “The First Impulse,” a nonfiction investigation on the unsolved murders and love story of Filipino Canadian film critic Alexis Tioseco and his partner, Slovene critic Nika Bohinc, whose lives were taken in Quezon City in 2009. “Theirs is a terrible, unresolved injustice that deserved more,” says Fantauzzo. “My writing is not driven by ideas and intellect so much as it is driven by emotion, and a sense of duty to construct meaning,” she adds.

In October of this year, Fantauzzo will be releasing her debut novel, “My Heart Underwater,” which follows Cory Tagubio, a teenaged Filipino American from a lower middle-class background, studying in an all-girls Catholic school in California. As her handyman father suffers an accident that leaves him in a precarious state, Cory must also reckon with her attraction to her history teacher, Ms. Holden.

For some familiar with the abundance of queer literature and film, the premise may seem unnervingly familiar. 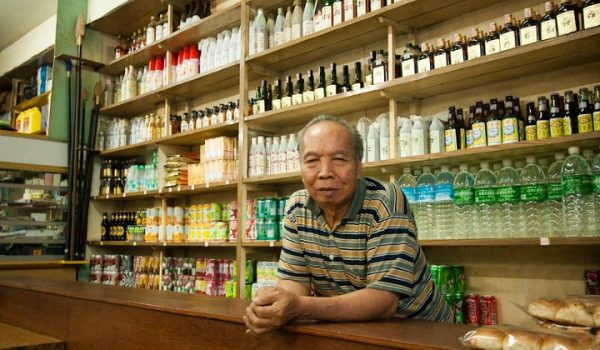 East Malaysians Voice Out The Cultural Significance Alcohol Has For Their Community
The Rakyat Post, Malaysia

Top members of the government have (jokingly) noted that it was “probably a good thing” that pubs and bars are currently still closed for the duration of the RMCO.

The context for this ties in to Malaysia’s long struggle with drunk driving, with certain parties calling for a complete eradication of the alcohol industry throughout the country, and some even citing religious scriptures to support the total ban.

While no one is actually denying that drunk driving is a problem, there has been much conflict over the “total ban” of alcohol. Many in the country see it as creeping Islamisation, while others see it as an encroachment of their freedoms.

For the Orang Asal in East Malaysia, it is an affront to their culture, which uses alcohol as a way to strengthen social bonds.

Why Is Southeast Asian Cinema Still Lagging Behind?
Tatler, Malaysia

Since the 1970s, Southeast Asian films have experienced a steady growth in recognition both within and outside their domestic markets. Then in the 1990s, the industry experienced a resurgence of interest as a new wave of independent auteurs—from Singapore’s Eric Khoo and Thailand’s Pen-Ek Ratanaruang to Malaysia’s U-Wei Saari—shaped their local film sectors with unique directorial visions and provocative works.

In the two decades following, several of the region’s filmmakers, both commercial and art house, also experienced success. From the 2003 action flick Ong Bak and 2004 horror film Shutter to the 2013 family drama Ilo Ilo, directed by Gen.T honouree Anthony Chen, which won the Camera d’Or at the Cannes Film Festival, Southeast Asian cinema has been steadily on the rise.

But on a global stage, Southeast Asian filmmakers have yet to see the same level of international recognition as their South and East Asian counterparts. This is due to a combination of factors, say the three filmmakers we speak to, including the nature of Southeast Asian films and the lack of a well-equipped ecosystem to groom and support talent. Here’s what they have to say:

Novelist JG Farrell’s The Singapore Grip has been adapted by Oscar-winning screenwriter and playwright Christopher Hampton – he was behind hits such as Atonement and Dangerous Liaisons – into a six-part series starring Olivier Award-winning actor Luke Treadaway, Charles Dance who starred as Tywin Lannister in the Game of Thrones and British actress Elizabeth Tan.

The novel, published in 1978, a year before Farrell’s death, centres on a British family in the aftermath of Japan’s entry into the Second World War and the occupation of Singapore.

Hampton told RadioTimes that he was “a great admirer” of the novelist, “I was delighted to be invited to adapt The Singapore Grip, a panoramic account of the disastrous loss of Singapore to the Japanese invaders in 1942.”