Theatre is a memory machine. Its engines run with dialogues and recollections, fuelled by the invisible streams of thought and emotion that run in and out, through the minds and bodies of the people gathered. We enter the theatre hoping to forget, to remember, wanting it to remind us, through its repetitions, that life can always be experienced again – albeit with slight variations every time. When we sit in the audience, alone or accompanied, we hope to leave with something to remember.

Thing is, like any machine, theatre sometimes doesn’t work. And such is the case of Tropicana, the Musical. Marketing is not enough: The show must deliver what its publicity promised. Otherwise, we will lose momentum. And no, in the case of Tropicana, I am not talking about topless dancers – that was a promise delivered.

The reason for Tropicana’s malfunction is rather poetic in itself. A show that wants to recollect the memories of a long lost Singapore, Tropicana is an enmeshment of memories that are collated, but don’t quite merge. Just like Singapore.

This is a problem that starts at the base, and is above anything else, a formal one.

The bet on Beatrice Chia-Richmond’s direction is to evoke the formal aspects of a cabaret show, with its sequence of skits, songs and scenes each anchored to a moment that wants to be memorable. At first, this seems to be congruent with both the topic of Tropicana, the cabaret and revue venue, and with Haresh Sharma’s chief modus operandi of fragmented narratives threading through each other. Personally, I think that Chia-Richmond’s instinct is spot-on: a play about a venue like Tropicana ought to resemble the form of a revue show.

However, the set design by Tan Ju Meng comes in the way. An off-white staircase-like set with the musicians permanently placed on the top level, may be historically accurate, but it leaves Chia-Richmond with the very precarious recourse of scene-in scene-out stage traffic that abuses theatrical metonymies. More often than not, the actors are left on standby while on stage… in the dark… in a tableaux. Midway through the first act, Brendon Fernandez, Ebi Shankara and Rizman Putra do a scene inside a car. We see the stage hands bring in a set piece that almost looks like a car, but that is of such poor quality that it does no justice to the actors that are left to inhabit it. Time and time again, the staging is at odds with itself. In another moment, Rizman Putra and Brendon Fernandez perform an adorable and liberating duet about their characters’ desire for freedom and rock and roll (and… ahem, ganja) while singing against the background of a group of musicians perfectly tucked in and disciplined to the hand beat of the music director, Joel Nah. The multimedia design by Brian Gothong Tan is often collapsed by the lighting design by Yo Shao Ann. The costume design by Tube Gallery is certainly beautiful, but besides providing an obvious context, it adds little to the whole.

The ensemble lacks fine-tuning. All of them stand on their own to different extents, but the moments in which I could see and enjoy them truly playing with each other were but a few. The exceptions to this are Audrey Luo and Karen Tan, who keep several threads together and are able to deliver a coherent trajectory throughout. Ebi Shankara is great, but is also playing Ebi Shankara, and there is little risk in that, being the charmer he is. Brendon Fernandez, Mitch Lagos, Joshua Lim and Seong Hui Xuan are underutilized, and often struggle to keep the multiple characters they play afloat. Siti K and Rizman Putra, charmers too on their own right, play the usual safe personas we’ve come to expect of them. Lim Yu Beng is often awkward, and this comes at the expense of his weight as the owner of Tropicana. Sharda Harrison is not at her best, and at times feels out of sync. The dancers, Francesca Harriman, Rocio Yap, Charmain Ho, and Farah Dawood, do their job and keep the show going whenever they are on.

The problem in the acting, however, stems from the script. Unlike other seminal texts by Sharma, this one left me wanting more. Hoping to see a story inside Tropicana, or at least about Tropicana, it took me a while to relinquish my hopes and accept the fact that all I was going to get was a stream of skits more or less united by the thin pretext of the nostalgia of Singapore in the 1960s and 1970s. After the intermission, Sharma’s text does a complex pirouette on itself and becomes a manifesto for Singapore artists. Contemporary needs and preoccupations are no doubt urgent. However, I wonder the extent to which Tropicana, the venue, is being romanticized in order to serve the agenda of Tropicana, the musical, and whether this is a fair move to do.

Tropicana, The Musical oddly performs Singapore: so much talent put in the same place, wanting to do something together, but each doing their own thing. A play that, like the country often, goes ahead with the sniff of 1960s nostalgia that is long gone. In the end, the memory I retained is that of a Singapore I wished I lived in.

Tropicana runs until 30 April. Catch it. It is not a fantastic play, but it is a fair history lesson about this tropical island we call home.

Felipe Cervera is currently completing a PhD in Theatre Studies at the National University of Singapore. He holds an MA in Drama by Practice-as-Research from the University of Kent (UK), and a BA in Dramatic Literature from UNAM (Mexico). His essays have appeared in Investigación Teatral, Performance Research, Performance Philosophy, and Theatre Research International. As an actor and director, he has worked in Mexico, UK, and Singapore. 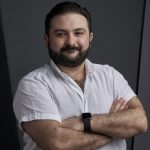