In this edition of See What See, we review three films made by Southeast Asian directors and featuring Southeast Asia currently showing at the Singapore International Film Festival 2021 (SGIFF). SGIFF runs from 25 November to 5 December 2021 with over 100 films from more than 40 countries. Also check out Fiona Lee’s review of Barbarian Invasion by Malaysian filmmaker Tan Chui Mui here.

White Building is Kavich Neang’s debut feature film, stitched from documentary footage of the eponymous structure in Phnom Penh, built in 1963, and fictional scenes shot in a building from the same era. Beautifully coloured and framed, Neang’s film is an understated portrait in three parts, centering on the experience of protagonist Samnang, a resident of the building. White Building offers a meandering meditation on moments preceding physical and spiritual displacement.

Much is left untold. Neang lingers on uneasy silences in the building’s grimy hallways, occasionally texturing them with an uncanny but restrained film score. The White Building’s place in Cambodia’s history and different characters’ pasts are referred to in passing but never explored. While the main cast members don’t need backstory to deliver remarkably nuanced, compelling performances, this also means that the different relationships which crackle to life in each third are never quite fully kindled.

This is probably the first feature film I’ve seen from a Cambodian director – if I didn’t have to review it, I don’t know if it’s a film that I would have reached for. The themes—the human cost of redevelopment, generational differences—are not unfamiliar (Singaporean theatregoers would be familiar with Jean Tay’s Boom). It’s a question which many cities continue to grapple with, one that Singaporeans have had to consider multiple times over the years – in the shift from kampungs to HDBs, in en bloc sales to condo developers, and so on.

Where Neang’s work stands out, though, is in the quiet dignity of his protagonists as they navigate the Phnom Penh of the past, the present, and the one hoped for in their shared future. The film refuses to argue for the historical or sentimental value of the building and its community. Instead, it takes those premises as self-evident, which makes for remarkably confident storytelling. Perhaps this explains why the film is Cambodia’s entry to the 2022 Academy Awards, which will be held next year.

In the face of redevelopment backed by unsympathetic, faceless capital, Samnang is neither a fiery dissident fighting for a decision to be reversed, nor is he an apathetic, self-interested bystander. A slow dance with the past before a tender farewell, White Building shows us how to bend with the winds of change without breaking away from our histories. Samnang, like Neang, deftly orients himself toward the future and the possibilities it holds.

The White Building was demolished in 2017. For more information about the White Building and the people who lived in it, I would recommend looking at this archive, available in English and Khmer.

White Building by Kavich Neang will be screened on 28 November as part of SGIFF. Tickets for the 8.45pm (GMT +8) show are still available here.

All films exist on a vibes-issues continuum. Some straddle both while some fully inhabit either pole. Kamila Andini’s Yuni is solidly an Issues Film. The titular character is a 16-year-old girl growing up in rural Indonesia. Within the first few minutes, we learn that her high school is experiencing a wave of teenage pregnancies and considering “virginity checks” for female students. The Islamic club, newly in charge of school activities, is banning student bands in a (questionable) effort to comply with religious teachings. Given her good grades, it should be time for Yuni to consider university. However, scholarships are only available to unmarried women and it is not unusual for female high school students to find themselves in arranged marriages before graduation.

Against this backdrop of conservatism, it would be easy for Yuni to be a paint-by-numbers girl power flick. Instead, it tells its story with sensitivity and grace. Yuni is easy to root for. She just needs to overcome the barriers that the patriarchy has put in her way. But overcome them to what end? Yuni is only a child. If there’s anything she knows, it’s that she doesn’t know what she wants.

When Yuni is called into the staff room, it’s because of a petty theft. She’s stolen yet another item from a classmate, this time a scrunchie. We learn from the kindly Mrs Lilis that Yuni has a habit of stealing purple objects. In a later scene, a fistfight erupts in the classroom because she’s attempted to swipe a purple phone case from a different friend. It’s a juvenile fixation. It’s hard to square these childish moments with the multiple marriage proposals she receives that year. It is in this portrayal of youth that the film shines. Yuni and her girlfriends giggle and trade naive questions about sex, marriage, and masturbation. Her admirer, the debilitatingly shy Yoga, slips her poetry by the Indonesian writer Sapardi Djoko Damono on folded pieces of paper.

Purple punctuates the film’s frames as stamps of Yuni’s individuality on a life that offers her limited agency. In the final scene, when Yuni is caught between two impossible choices, she chooses a third way: walking into the torrential June rain, clad completely in purple. The audience knows this is only a temporary distraction. We are not privy to her final choice but we know that there is no running away from making it.

Yuni by Kamila Andini will be screened on 30 November as part of SGIFF. Tickets are sold out.

The Edge of Daybreak by Taiki Sakpisit

Like the leitmotif of water that permeates all of The Edge of Daybreak, the film rises and falls, oozes and drips, rushes and swirls, in scene after exquisitely-crafted scene. Caught between two tumultuous events in modern Thailand’s history – the 1976 Thammasat University uprisings and the military coup of 2006, we see a family deeply scarred by the forces of history. Without background, however, one may not realise that those are the events pictured. Through subtle suggestion rather than overt exposition, director Taiki Sakpisit has the scenes unfold into a tapestry of light and sound. Caught in the swirling eddy of time, the family seems helpless, swept up in a vortex of events completely beyond their control. If the title denotes hope, it’s but a sliver within the maelstrom waters.

Clearly, the young woman present in many scenes is the focus of the film. Unnamed, she floats through the visual narrative as a young girl, an adult, and finally an elderly woman. Her husband, a captain, has fled the military coup and has not been seen by the family for three years. Like sleepwalkers or swimmers caught in currents, the characters seem unable to chart their own course. Walking haltingly, or barely moving at all, they let history dictate their path. They seem to merely wait for their destinies to unfold.

Immersed in a bath, her hair floating around her head, the woman sits wide-eyed in the milky water. This image, instantly iconic, is the film’s publicity shot. It typifies the stillness and enervation at the film’s core. In another scene, she’s at the centre of a long dining table with ten or so others. They eat and gesture but don’t talk. It is reminiscent of the biblical Last Supper – but is that the point? Make your own interpretation, and you start to get the vibe of the whole film. Never told what to think, the viewer is like one of its players, moved through the trauma as if caught in the swirling waters. Observant, but unable to stop the flow.

So still, so slow, so dark, so sad. Is there a chance (even if slim) that the family, and we who have followed their journey, might find a very narrow bright line of light on the horizon’s edge? Meditative, hypnotic, mysterious, but always intriguing, Sakpisit’s film is a welter of ideas carried over by the tide.

The Edge of Daybreak  by Taiki Sakpisit will be screened on 2 December as part of SGIFF. Tickets are sold out.

SEE WHAT SEE is ArtsEquator’s regular round-up of interesting TV, film and web content made by regional makers or are about Southeast Asia.

ants chua writes, directs, and performs. They are currently based in Shanghai, and their Southeast-Asianness has never been felt more keenly than right now. You can participate in their most recent work, voices in a room (2021), at this link. ants is an Associate Artist with Checkpoint Theatre.

Ruby Thiagarajan is a writer and editor based in Singapore. She edits Mynah Magazine and writes about books at Tote Bag Library. 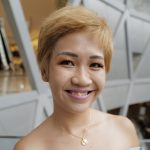 With a life-long base in Singapore, I have been fortunate to partake in the myriad of arts-related opportunities in my island country. For example, last Saturday I was a part of an outdoor, interactive drama from Singapore Repertory Theatre. A ten-minute ride then took me to Marina Bay Sands for a Kumar extravaganza. When not enjoying live theatre, I love to roam the many art galleries and (soon we hope) live music venues. Movies? I love them, especially the way The Projector presents alternate films. On Sunday, I was in the old Pasir Panjang Power Station for a special screening and a luscious red wine. I live for the arts. The arts live in me.