Faezah Zulkifli dissects Opposition - a multilayered narrative of the relationships people have with one another, with themselves and the spaces they inhabit. This performance is the last of a trilogy of collaborations between The Necessary Stage and Drama Box.

Light versus darkness, regularity versus irregularity, stability versus fluidity—from deconstructing binary oppositions to reconciling differences, the gripping and searing production of Opposition challenges our seemingly black-and-white world and restores hope in a heart-wrenching story about love and loss.

Opposition comes after the highly acclaimed productions of Manifesto (2016) and Underclass (2018) in the last of the trilogy of collaborations between The Necessary Stage and Drama Box.

Structured into four parts, the performance is littered with references from the trilogy in a nod to its six-year production history: a gauze screen projects live news reports and film recordings reminiscent of Manifesto, while cardboard boxes stack up against the walls in a scenographic tribute to Underclass. But where Manifesto and Underclass attempts to tackle large-scale national issues, Opposition narrows in on the personal, in a gentle yet provocative exploration of duality and connection.

Embedded in the narrative is Zero Theatre’s 10th anniversary production, Accomplice, a play-within-a-play about a lesbian couple, portrayed by Jackie and an enthusiastic Reena (Masturah Oli), whose love story parallels Ram and Jackie’s. Framed by documentary film footage recorded by Ram’s charismatic secondary school classmate, Adam Turner (Lian Sutton), the performance’s non-linear structure exposes the ‘behind-the-scenes’ of Ram and Jackie’s relationship and their friendship with Adam, Reena, and Jackie’s brother Jord (Joshua Lim), while deliberately revealing in fragments how the couple’s relationship fell apart over the course of a decade.

While personal on the surface, Opposition’s love story is a microcosm of larger social issues, from the professional and the personal, to gender and religious identity, artist and country, the environment and the future, and their intersections. Siti K’s zealous portrayal of a masculine-expressing Malay-Muslim lesbian, who resents being ‘illegal’ in Singapore and feels determined to escape the country, is particularly fortuitous in light of the Court of Appeal’s recent decision to dismiss challenges to Section 377A of the penal code, as well as an online government survey on the LGBT community which ran for 2 days. Meanwhile, Guat Kian’s emotional performance of Jackie accentuates her character arc in a way that familiarly echoes an artist’s, lover’s, and citizen’s hope and desperation to continue expressing themselves and their art in a rapidly changing cultural landscape.

Somewhere in a rehearsal for Accomplice, references to dolphins and the impact of offshore rigs on their navigation parallel how socially engineered, opposing forces influence the characters’ individual journeys. While Reena attempts to portray a queer character authentically as a straight, cisgender actress in rehearsals, Ram’s lived conflict between her gender and religious identities shadow her from beginning to end, leading to multiple disagreements in her relationships. Around her, Adam’s decision to “sell out” and live a stable life as a bisexual in a straight-passing relationship with a woman leads to a falling out in his friendship with Ram, while Jackie’s inability to move forward following her eventual split from Ram clashes with her ambitions as an artist. Elsewhere, Jord, heartbroken by the break up, prays to his Christian God to save the couple’s relationship.

The non-linear structure of the play is one that is tough to steer. But amid its erraticness, the constant fixture of the stage design grounds the play in the characters’ present reality. Set designer Wong Chee Wai’s set is split into two levels, held together by an assembly of construction scaffolding and cardboard boxes, illuminated in sections by lighting designer Genevieve Peck. The finished stage is suggestive of a construction site—a work-in-progress space that sound designer and composer Ng Jing intensifies with an eclectic score.

In this space, the strong cast delivers a dynamic performance with relish. Sporting a pixie cut and clad in layers, flannel and safety boots (curated by costume designer MAX.TAN), Siti K is stupendous onstage as she conveys a contrast of brassy masculinity and emotional resilience. Not one to be outshined, Guat Kian’s remarkable performance as Jackie is pragmatic yet endearing in complement with Ram’s hard-headedness. Next to them, the supporting cast brings a new naturalness to their characters that captures their characters’ spirits, without glossing over the complex issues they present.

The Chinese title for Opposition is 对峙 (duì zhì), which embeds nuances of confrontation and conflict between dual antithetical forces in its translation. In Hegelian dialectics, such conflict between two opposing forces calls for a synthesis, or a transformative solution, that reconciles the two.

But Opposition does not clad its performance in black-or-white; its characters’ outcomes are neither positive nor negative, and the conclusions of the narrative are nowhere near as sentimental or ideal as a fairytale romance, instead conscientiously bordering on discomfort. After her split from Jackie, Ram leaves Singapore for New Zealand and prepares to marry Sab (Masturah Oli), but her decision to go through with the marriage is left hanging because of her guilt for making Sab an ‘accomplice’ in her sins. Back in Singapore, Jackie contemplates her role in Zero Theatre as an increasingly digital world threatens the future of the company.

In laying out its outcomes, Opposition repeats itself—as a brawly Ram describes with ironic humour, “We like to recycle!”. From rehearsal reruns to replays of recordings and live reenactments, each repetition runs in opposition to what was presented before.

Its effect is mnemonic: in recalling the past, it challenges the events that have been presented to us, and at the same time reveals and remembers what was hidden and unrecorded. Multimedia designer and filmmaker Yong Shuling’s cinematography literally re-‘frames’ the narrative through Adam’s documentary, as the recordings projected onscreen alternate between the polished finished documentary about Ram and Jackie’s ‘official’ story of love, and the raw and unedited additional footage that challenge the narratives established. The result is a theatrical representation of memory—one that is continually rewritten and reconstructed in a visual palimpsest.

The play ends with the forceful erection of a construction site, reminiscent of many endings of classic Singaporean plays, from Emily of Emerald Hill (1983) to Kopitiam (1986). On a large white sign, Singa the Courtesy Lion extends his arms wide open with a smile: “SORRY FOR THE INCONVENIENCE”. But even as the performance predicts how spaces will continue to be torn down and lost decades on, the hints of change and progress in the epilogue suggest a hopeful future that can be rebuilt on new ground.

The opposition and conflicts explored in Opposition are not just the characters’, but ours. The play is both an allegory and love letter to Drama Box and The Necessary Stage’s collaboration, and a fitting farewell to The Necessary Stage Black Box at Marine Parade Community Centre, which has been home to the company for the last 22 years. To say goodbye is to leave a space that has witnessed countless productions, workshops, and the growth of many artists and audiences who have shaped the local theatre scene today. This too, is a story of love and loss. But perhaps the same way Opposition recalls the past, theatre will find a unique way to remember what has been left behind as the company makes its shift to its new space, and bids farewell one last time.

RAM: And then we tear the fucking place down. 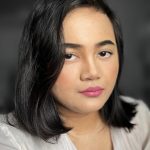