Who are the next generation of dancers in Singapore? What do they aspire to? On stage, defying gravity looks like their natural state of being. Bodies slip from sentryesque sequence, to uncoagulated fluidity within a beat’s count, before turning back on themselves. Crispian Chan goes behind the scenes to capture the labour that bears these fruits. Dance students from two leading dance programs in Singapore, Nanyang Academy of Fine Arts and LASALLE College of the Arts, are in the last weeks of rehearsals for da:ns festival 2017’s The Next Generation, an electrifying showcase of short works choreographed by local and international dance makers and performed by the next generation of dancers.

Nanyang Academy of Fine Arts offers three works. Adjunct Lecturer Ezekiel Oliveira premiers his work, Punch Me, while Jereh Leong choreographs a new piece, Flux, for his alma mater. The third work in the series is a reprise of Her Voice by Lee Wan Yu, who graduated this year from NAFA. All three pieces showcase the edge and versatility of NAFA’s dancers produced through the distinctive conservatory-style training and contemporary outlook that NAFA is known for. 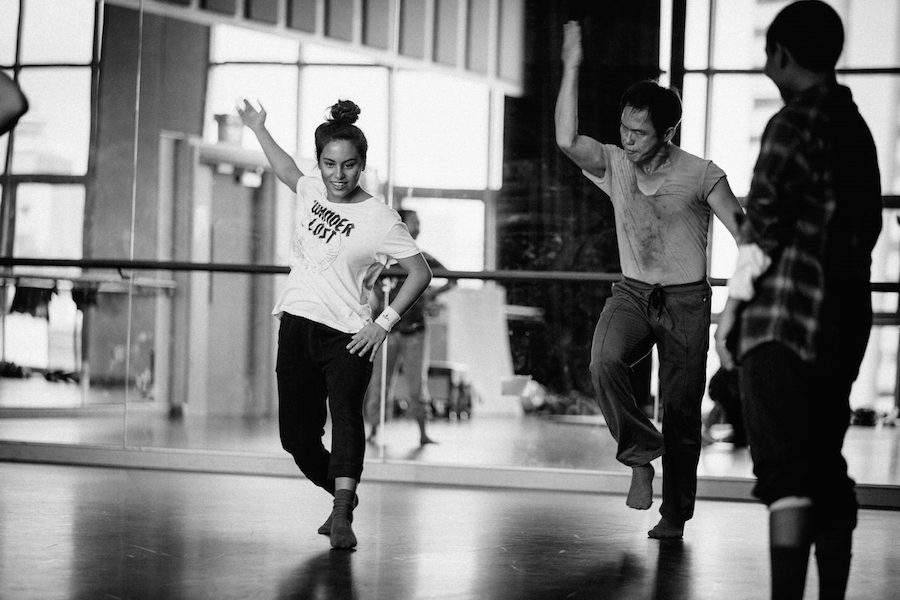 “Sometimes, a way to motivate the dancer is to coach beside them and guide them into the quality that is desired,” says choreographer Jereh Leong, here with Charlene Clyde Judith. 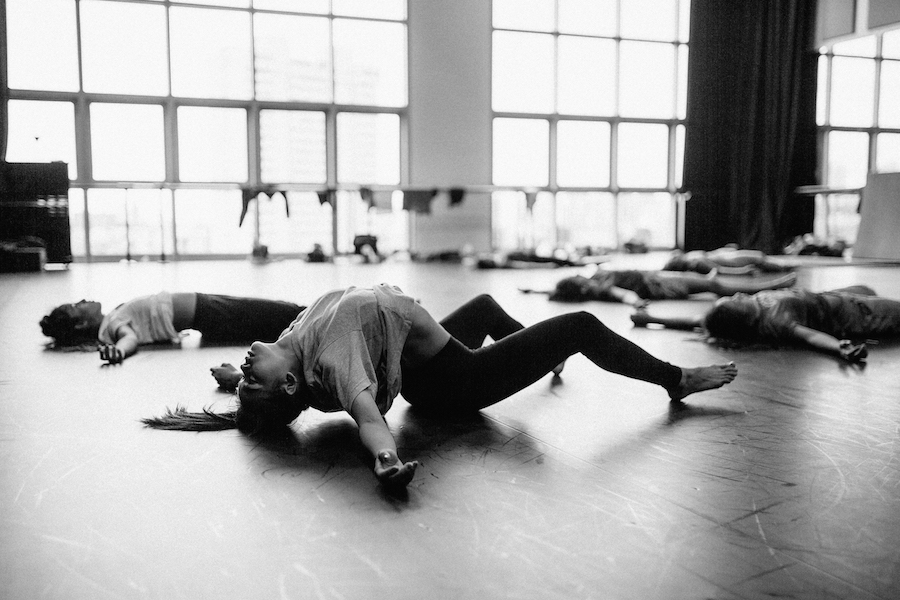 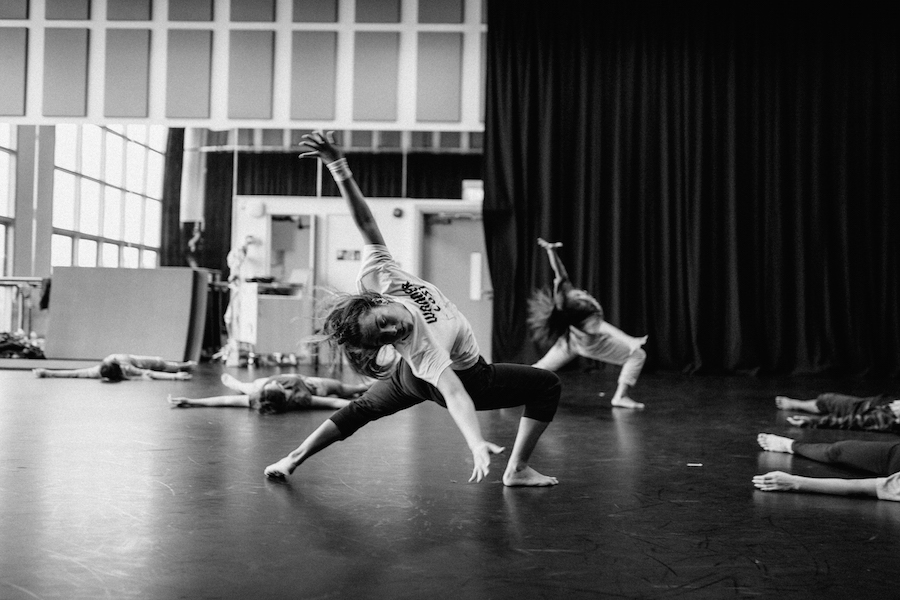 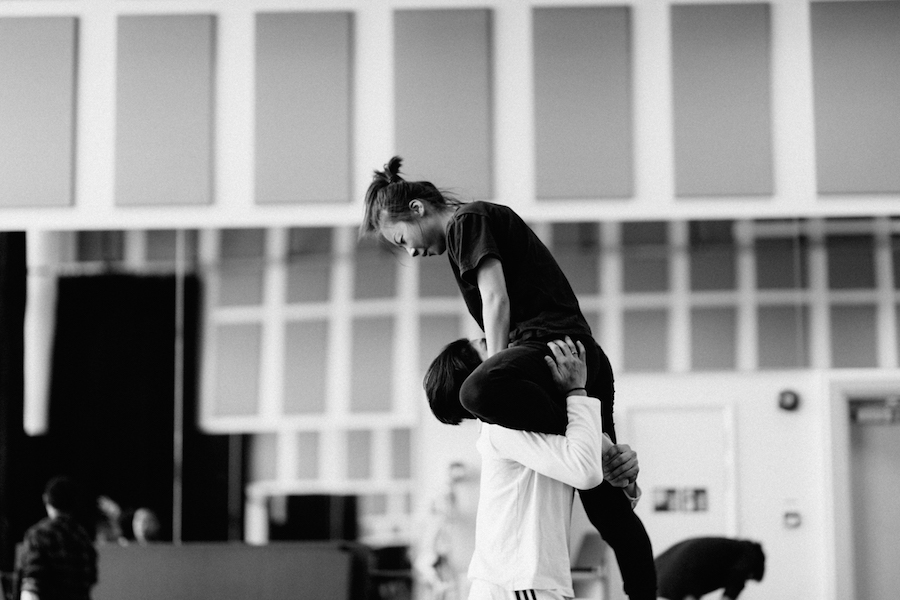 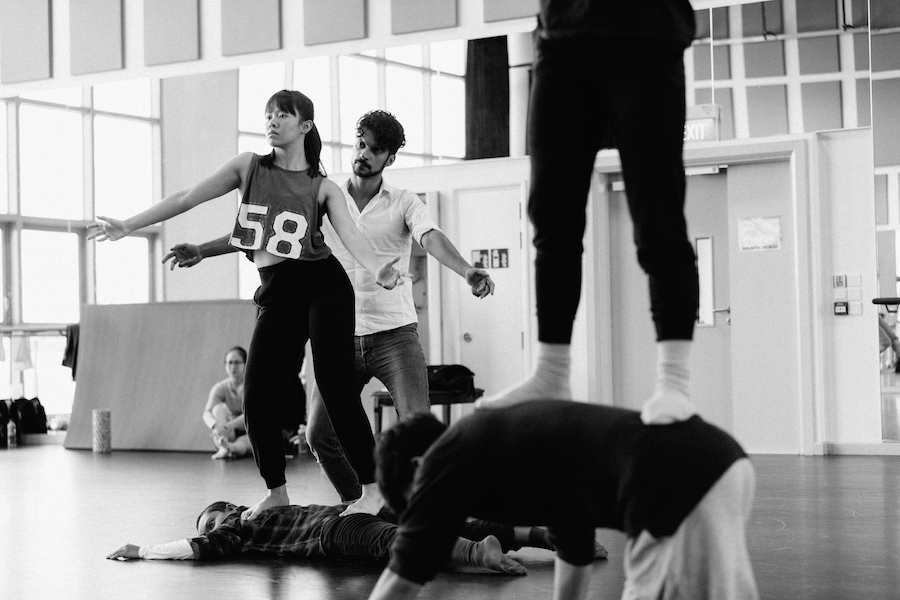 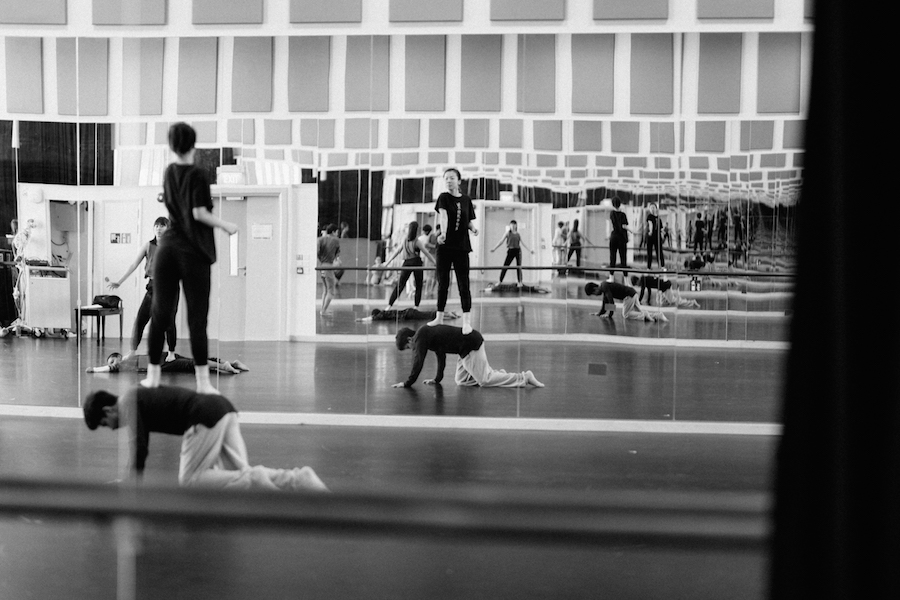 One micro move multiplied ad infinitum in the rehearsal room. 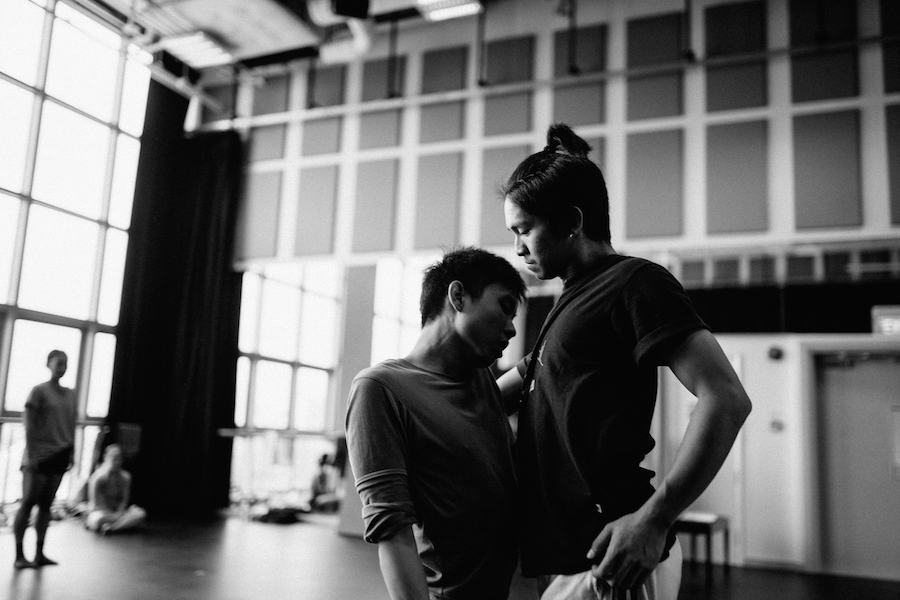 Lim Lian Zhou (L) and Klievert (R) connect in Ezekiel Oliveira’s Punch Me, which the choreographer explains, “…looks for different expressions of pleasure in movement. The confrontational as well as the intimate.” 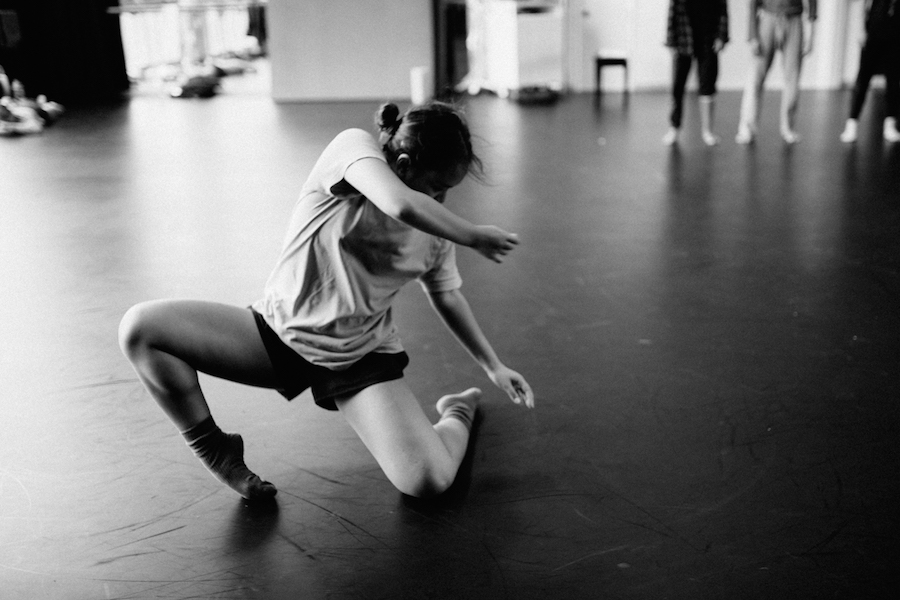 Jonit On holds the line.

LASALLE College of the Arts brings three distinct choreographic voices to the stage. There is an excerpt of Kuik Swee Boon’s evocative Silences We Are Familiar With, a da:ns festival 2012 commission; Korean choreographer Lee Jae-young’s Equal is a stark and intense piece about difference. The third piece is a commissioned work-in-progress showcase of a two-week residency with Martin Schick (Switzerland/Germany). This Programme reflects LASALLE’s cosmopolitan and cutting-edge approach to art that produces performers who expand and challenge the boundaries of dance both physically and conceptually. 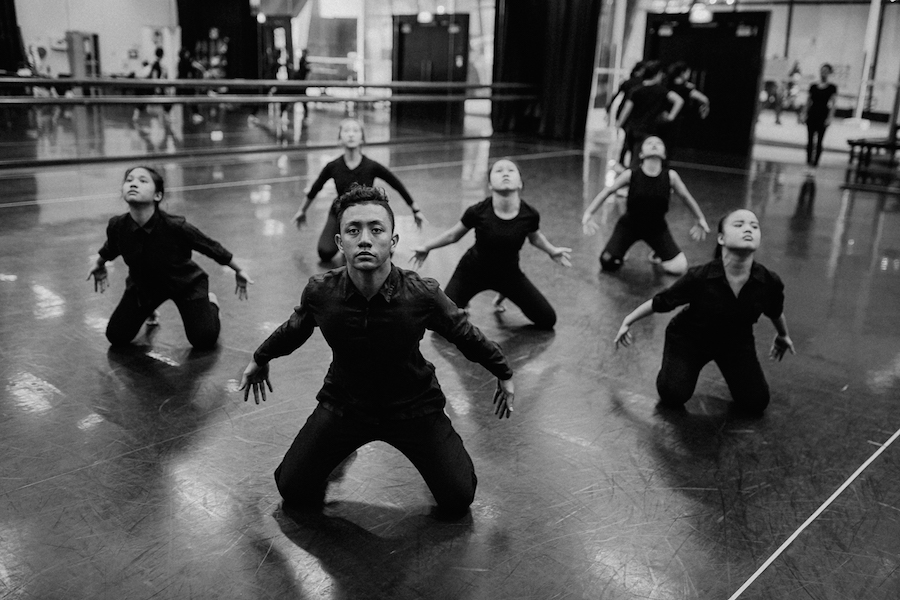 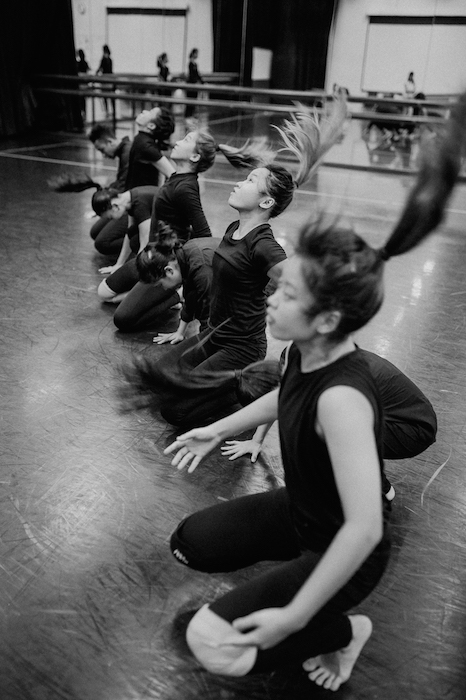 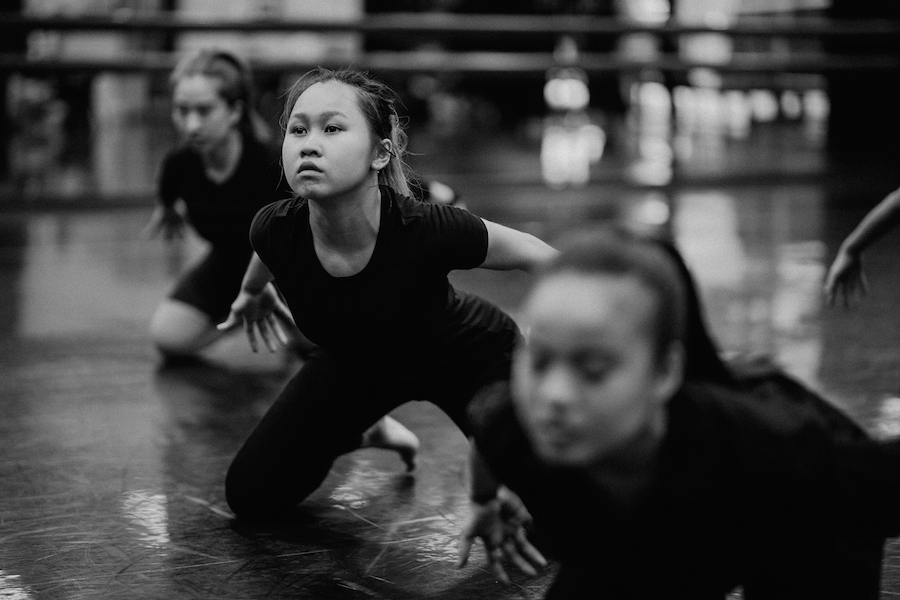 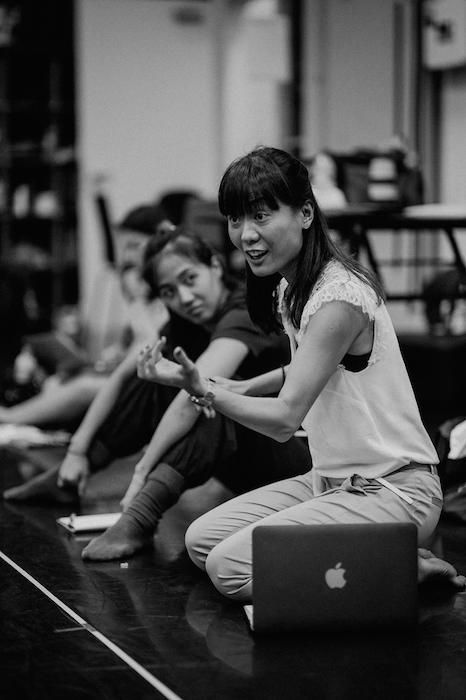 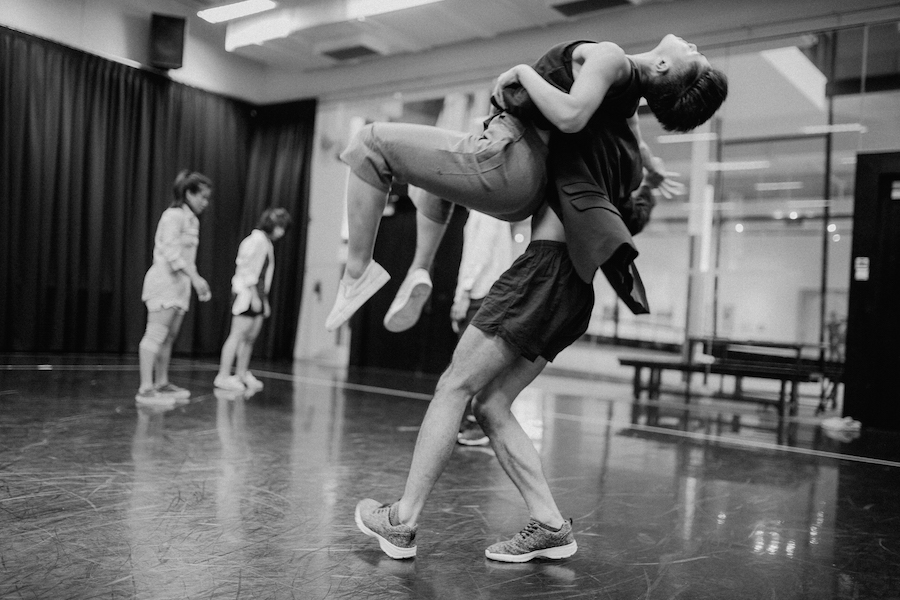 Isabel Phua held aloft by Muhammad Sharul Bin Mohammed, in a rehearsal of the excerpt from Silences We Are Familiar With, choreographed by Kuik Siew Boon. In the background are Vasantha Tan (L) and Valerie Lim (R). This piece is performed by selected BA(Hons) Level 2 and 3 students. 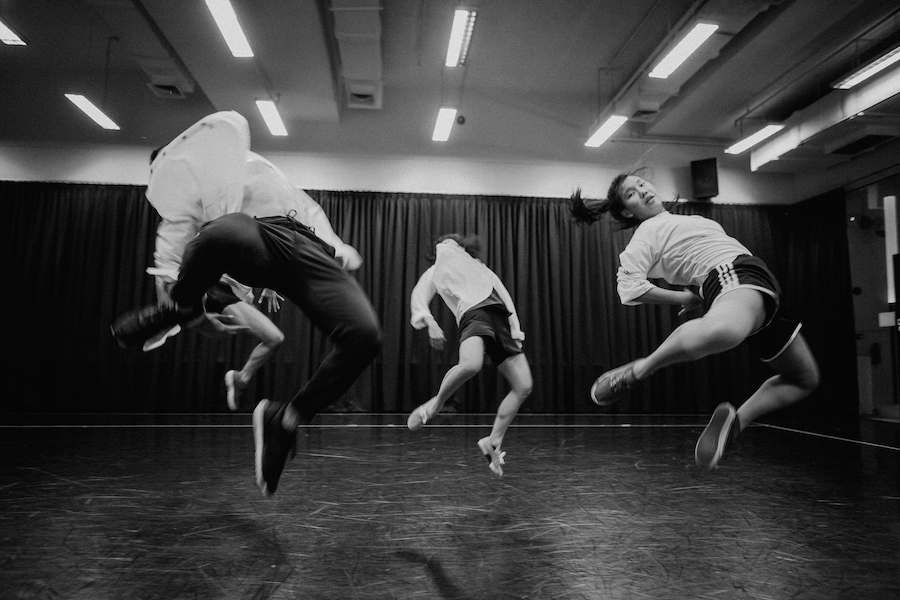 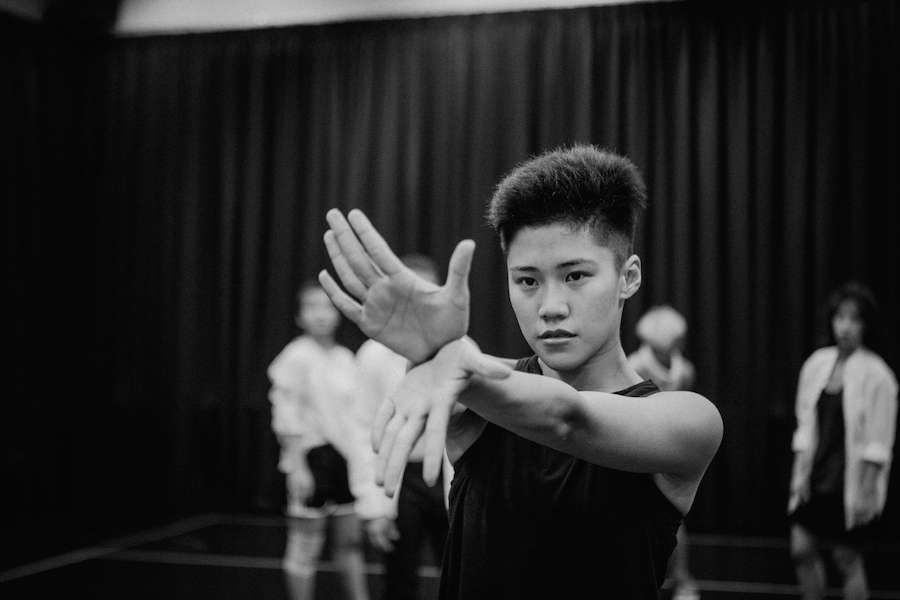 The concentration and focus on Isabel Phua’s face turns movement into performance. 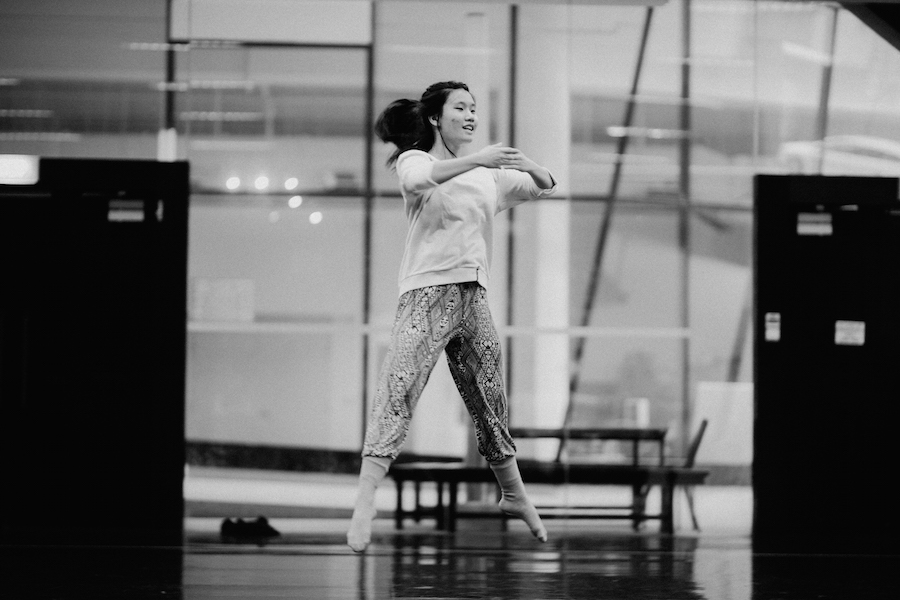 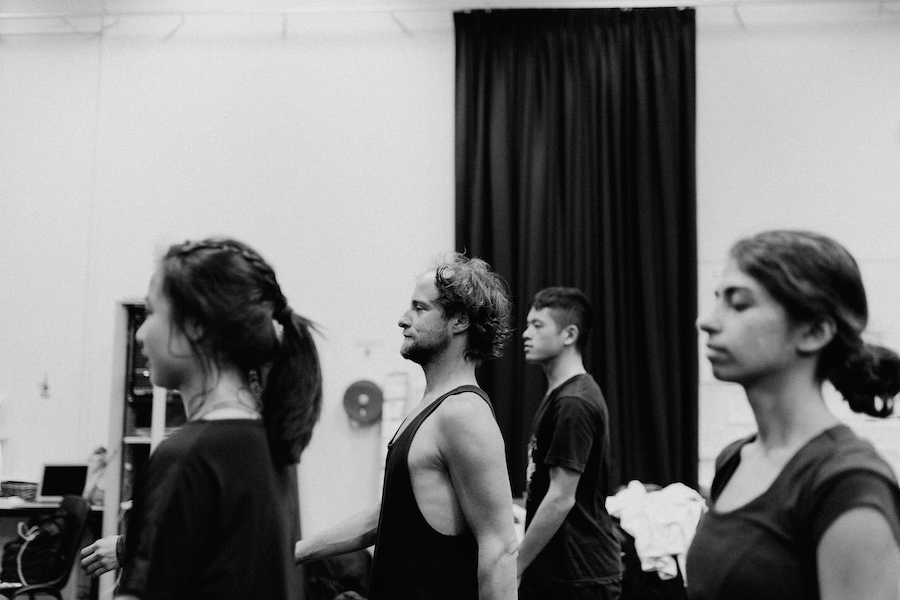 Martin Schick finds himself in the middle of the action as he begins his two-week residency at LASALLE, working on a commissioned work-in-progress for da:ns fest 2017.

Photographer Crispian Chan is an actor, designer, and theatrical photographer with almost 15 years of experience in the theatre industry. As a designer and theatrical photographer, Crispian has worked with a number of theatre companies and arts organisations such as Esplanade: The Studios; Pangdemonium; Players Theatre; Sightlines Productions; Skinned Knee Productions; Checkpoint Theatre; and LASALLE College of the Arts. His photography has been featured in the Georgetown Arts Festival (Penang) and in publications such as Real Time Arts and The New York Times. Check out his photography here. 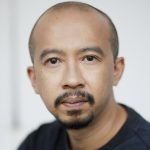 Crispian Chan is an actor and stage photographer with almost 20 years of experience in the performing arts. Drawn to storytelling and connection between people, he brings his experiences and training as an actor/director into his photography.