Midway through the journey of National Gallery Singapore’s permanent exhibition Between Declarations and Dreams, right when one is poised to slip from the tumultuous 1970s into the experimental 1980s, emerges a nursery blue room. Here, we see paintings of people and places in the Ivory Coast, Nepal, Samoa, and Sudan. Toto, I’ve a feeling we’re not in Southeast Asia anymore!

We are in fact in the National Gallery of Singapore’s new and stimulating project space, titled Dalam Southeast Asia. Meaning “inside” in Malay, Dalam is a gallery that foregrounds lesser-known narratives. As its name suggests, Dalam provides a direction, not a destination. This antechamber in an enfilade of Big Rooms interrupts and resists the neat, chronological unfolding of a canonical Southeast Asian art history, gesturing instead to its ghostlier demarcations.

Curated by Roger Nelson, Dalam’s inaugural exhibition, The Tailors and the Mannequins: Chen Cheng Mei and You Khin, presents an unusual pairing of two painters: Singaporean artist Chen Cheng Mei (1927-2020) and Cambodian artist You Khin (1947-2009). These artists did not know each other but their works and biographies between the 1970s-2000s reflect a shared affinity for globetrotting (and incidentally, they both spoke French). The exhibition ponders: how did Chen and You Khin approach their subjects from the global South? Do they replicate the primitivising or ethnographic gaze of the Western colonial painter, most famously exemplified by Paul Gauguin?

Upon graduating from his further studies in fine arts in Marseilles, You Khin found himself unable to return to a Cambodia different from that of his childhood. He paints the allegorical and claustrophobic Untitled (A Chinese Man Eats the Cambodian Soup), dated 17 April 1975, the date when the Khmer Rouge seized Phnom Penh. You Khin casts his eye at foreign powers who abet flagrant human rights violations, a tragedy which is all too familiar today.

In self-imposed exile, You Khin and his wife You Muoy moved to Sudan, then headed west to the Ivory Coast, and back east to Qatar, where he roosted for 18 years before decamping for London, and ultimately Cambodia. On display is a proud parure of nine recent acquisitions from 2019 of his paintings (from some sort of an estate sale maybe?).

You Khin sees and paints a world in flux; his interest is in the labouring body in motion, angular and attenuated, and often rhymed in pairs. Eschewing recognisable facial features, the heads of the men protrude like smoking pipes. A coffee hawker bends down hyperbolically; two public scribes lean in over their typewriters to hear the tender supplications of their clients. You Khin further enhances his figures’ animacy by painting in abbreviated diagonal hatches across a scumbled surface. This is most evident in Untitled (People Awaiting Cargo Ship) (2000), a dense composition where the thronging crowd is flush with the picture plane, threatening to tumble out.

Through orchestrated sightlines, the keen-eyed visitor will notice several connections between the archival materials and the paintings, such as a checklist of You Khin’s paintings at his solo exhibition at the Hilton Hotel in Khartoum in 1979. Number 29, “Meeting above a cage of pigeons”, on sale for 350 Sudanese pounds, or USD$825, corresponds directly with the painting on view. Much praise must be given to the Gallery’s Library & Archive, whose acquisition and digitalisation efforts are manifest in the judicious glass displays and catalogue. One imagines the next step would be to avail the provenance of the Gallery’s collection, for researchers to better understand the unique journeys of each artwork.

Contrasted with You Khin is Chen Cheng Mei. The exhibition presents a much-needed reminder that Chen studied with Lim Hak Tai and Cheong Soo Pieng at the Nanyang Academy of Fine Arts and that she was also one of the three female members of the Ten Men Art Group.1The other two female members of the Ten Men Art Group were Lai Foong Moi and Tan Miow Kheng (Anna Lu). Loh Sze Wee, “Rediscovering Yeh Chi Wei 叶之威：风采再现,” Academia.edu, July 16, 2020, 19-20, https://www.academia.edu/43633797/Rediscovering_Yeh_Chi_Wei_%E5%8F%B6%E4%B9%8B%E5%A8%81_%E9%A3%8E%E9%87%87%E5%86%8D%E7%8E%B0. Desirous of new sights and scenes, our resident Carmen Sandiego took over 200 trips to a whole host of international locations, often returning to South Asia.

Chen’s works might strike some as “naïve art,” a loose term used to describe those without formal training and colourful works which are somewhat simple in appearance.2See, for example, the artists Henri Rousseau and Séraphine de Senlis. In her fascinating oral history interview at the National Archives of Singapore, you hear her warm voice, like an auntie who told you that you’ve dropped your wallet, remark “I’m trying to transfer this happiness, and put it up through the lines and the colours, to the viewer”. Indeed, Kenyan Chieftans (1991) translates the perceptual pleasure and shock of the Maasai tribe’s saturated red robes in thick impasto. I find her paintings to be less compelling than her etchings, where her riotous use of colour meets an instinctive delight in mark making. But the question remains: to what extent is an outsider’s fascination with a culture not their own still a defensible position in this day and age?

The exhibition’s focus on the artists’ travels, or to quote the text, their “planetary consciousness”, is consonant with the “global turn” in art history. Conscious of how the biographical model often reinforces the narrative of the singular male artist as genius, scholars are delving into how migration inflects the work of an artist and generates site-contingent artistic networks. I must’ve missed the memo when the planetary became the new global. Only later, from the curatorial essay, did I realise that this draws on the Cameroonian philosopher Achille Mbembe’s notion of the “planetary”. I wonder if it’s a bit of a reach—I don’t know how much You Khin and Chen were considering their entanglements with Earth in the way we are today.

Nelson’s argument for an “encounterist” and non-exoticising approach shared by both artists is defended in the curatorial essay, but is deliberately muted in the exhibition itself. This strikes me as a bit of a pity, because the exhibition’s emphasis on the artist’s attention to exterior appearances merits more context. One caption writes that Chen “often accentuated the exterior qualities of the people she encountered during her travels, instead of attempting to offer insights into their lives”. At face value, Chen’s aestheticising impulse might be criticised as a form of exoticisation. However, Nelson makes a subtler point in his essay: that the artists do not attempt to speak on behalf of their foreign subjects, but grant them a “right to opacity” and recognise the modernity of those depicted.

If I have given Chen short shrift in this review, it is because the exhibition’s framing led me to resonate with You Khin’s works more. I feel slightly bad for Chen, who travelled for artistic inspiration and not out of necessity, because the juxtaposition of these two artists invariably means that she will appear as this privileged lady who had the means to jet set around the world, which might counter the redemptive curatorial effort of spotlighting a pioneering Singaporean female artist.That said, Dalam Southeast Asia does not seek to have the final say. As a “rehearsal for a forthcoming art history”, the comparison of the two peripatetic painters is more of a sitzprobe than an official performance. Its broader and fundamental point is made emphatically: that the story of Southeast Asian modern art is not, and should not be, limited to this region. Thought-provoking and perfectly scaled, The Tailors and the Mannequins bodes well for subsequent iterations of Dalam Southeast Asia.

Dalam Southeast Asia: The Tailors and The Mannequins: Chen Cheng Mei and You Khin runs till 12 June at National Gallery Singapore. General admission ticket required (free for Singaporeans and PRs). 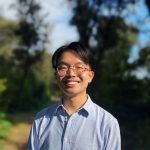 Alex Foo is an Associate Librarian and researcher interested in cultural history, ornament, and early modern art. His writings on art and theatre have been published by the Metropolitan Museum of Art, Centre 42, and the Bowdoin Journal of Art, among others. He graduated with a BA in Art History and English and Comparative Literature from Columbia University, where he was also editor-in-chief of the Journal of Art Criticism. He is currently based in Singapore.