Skip to content
Nutcha Tantivitayapitak and Sudarat Musikawong travel to Chiang Mai, Thailand to shine a light on the artn’t Collective, who are currently facing numerous legal charges for works that are viewed as critiquing the state.

artn’t (pronounced “art”,“unt”) is a play on words about what is, versus what isn’t art, questioning if art is dead. The artn’t Collective, based in the northern city of Chiang Mai, is part of a new youth movement in Thailand that seeks a better democratic future for their country.

Having made demands for the resignation of the military prime minister, and for reform of both the constitution and monarchy, the members of artn’t have been targeted for penal charges under Section 112 of the Criminal Code, Thailand’s Lèse-majesté  law, and Section 116 on incitement toward sedition, as well as cleanliness ordinances, violations against health restrictions for public gatherings, and several other infractions.

The severity of Section 112 and 116, in particular, have serious implications in Thailand. Those sentenced under Section 112 face between three to fifteen years imprisonment, with fines for each count of violations; Section 116 carries a maximum of seven years with fines for each violation. The broad application of both laws has affected artists and activists alike. artn’t’s performance art, staged events, accompanying protest demonstrations as well as student thesis gallery exhibitions and the public staging of artwork, have all been targets of the courts’ scrutiny since 2020.

In March 2021, a Chiang Mai University deputy dean allegedly confiscated and threw out student thesis art projects by members of artn’t. The works were disposed of in large black garbage bags, leading to accusations that the deputy dean had treated the art works as trash. The deputy dean went on to lodge an official Section 112 charge against the students, and brought them to court. This incident has come to be known as the “black bags incident.” Since then, these artn’t members continue to exhibit or perform their work despite having to appear in court to fight their multiple charges.

According to Thailand Human Rights Lawyers (TLHR), judicial harassment uses these extreme, repeated legal charges to create conditions that wear down those fighting for freedom of expression. For example, one member of the collective faces five different reports lodged in several cities, despite the activity being located in Chiang Mai; legally, even if the staging or exhibition occurs in one city, the plaintiff can lodge charges in different cities. In this case, plaintiffs who have brought dozens of charges against activists and artists include a well-known staunch royalist, a former university dean, and various arresting police or military officers. The entire endeavor ends up heavily costing both Thailand’s court system, as well as the accused and their teams of volunteer attorneys. (Interview with TLHR, 18 June 2022)

artn’t member Shiva Vitthaya has been charged in nine separate cases in three different Thai cities. Three cases are under Section 112. One case has concluded. The rest are in process by the police, prosecutors, and the courts. Meanwhile, fellow member Yossunthon Ruttapradid has been charged in three separate cases. Two cases are under Section 112, one has concluded. The rest remain in court.  Other members of the collective face charges too, but the researchers  were unable to verify details at the time of the publication of this article.

In this documentary short, researcher Sudarat Musikawong and filmmaker Nutcha Tantivitayapitak interview the artn’t Collective members and other linked people, to discuss the conceptualisation of some of the collective’s most important performance pieces that have been targeted by state and university officials. In the video, the artists express their deepest feelings of outrage, resentment, fear, sadness, and hope for artistic freedom in Thailand.

NB: During the video, a word used by one of the speakers is bleeped out. The decision to do so was made by the filmmaker and the speaker, to make explicit the legal constraints of free speech in Thailand.”
Video Credits:

This content is produced as part of a project to research and document arts and culture censorship in Southeast Asia, organised by ArtsEquator. For other articles in this project, click here. 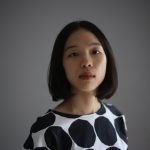 Nutcha Tantivitayapitak was born in 1993 in Bangkok, Thailand. She had his education in Film and Photography, Faculty of Journalism and Mass communication at Thammasat University. After she graduated, she was a journalist at Prachatai which is an online news agency. Now she is a freelance documentary filmmaker. 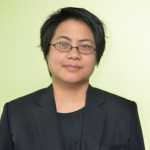