As part of ArtsEquator’s interview series profiling artistic directors across the region, we spoke with Alan Oei, AD of The Substation and co-founder and executive director of OH! Open House, on his hopes, his challenges, and how he balances different needs and roles between the two companies.

How do you come up with the themes for the Substation programming?

It is the intersection between these two: what am I personally interested in but others may potentially not talk about enough, and the relationship between the Substation and Singapore. It involves the larger cultural questions that people are not addressing, and that  I feel is our duty to explore.

What do you view as some of those larger cultural questions?

These ‘larger cultural questions’ are about thinking of how to update the Substation’s programmes in a way that can matter to people. This is one of the big shifts I envisioned, and one of the big reasons why many people were so angry with me—because some of the programmes we are running now are aimed towards a middle class, at the people who might not be your usual art-niche crowd.

For me, this is important because for any kind of topic you want to speak about with the Singaporean public, you need a large traction of middle class people to support that if you want it to have a certain kind of resonance. For example, nobody really cared about Pink Dot when it was still very underground, but nowadays the government has to care a little bit more because you have regular Singaporean people supporting it who are part of that electoral voting block.

In much the same way, I feel that if you care about real social change, you need to include the middle class because that is where the change will happen; if people are just content to be dissident rebels amongst themselves, then it is very easy for the government to shut you down and/or shut you out.

Following what you mentioned about why so many were angry, what do you feel could be some reasons for the outcry? Could it be a fear of gentrification or a more existential fear that they are not particularly special?

I have spoken about this before in terms of the career-ism of the art world right now, which allows you to function without a direct relationship with society. In the visual arts world or even in theatre, there are particular career moves you need to make that you capitalise on to improve your standing and reputation, and thus the amount of grants you can have. With regards to this fear of gentrification or being co-opted, I think that there is that feeling; some of the artists who were complaining were also the artists who have been shafted and shunted out of this race. It is quite clear, for example, when you look around, who National Arts Council favours, and who they give a lot of funding to.

The art world is a game and it has its own rules, its own code, and its own ethics; a lot of artists just do not know how to figure it out, and so there is a kind of reaction against it. I am very sympathetic to that as well, but by and large, I do think that artists are kind of obsessive about their own things and a bit entitled too. I think, at least in terms of the Substation, it is not enough for someone to say “I just want to be an artist.” I am not saying everyone has to commit to this, but the Substation has to occupy that space between the public and the artist.

You talked about the ‘thankless’-ness of The Substation before, would you mind elaborating?

There are two aspects:

The first is about the way The Substation is run, the way people perceive it, and whether or not it could be much better than what it is right now. That is one way of how I think about it as a thankless job when people do not appreciate what we try to do, and do not devote enough resources to make it happen, but this is only one part and, for me, not important.

The second is the inevitability of failure. The Substation is destined to fail in some ways, but still we have to carry on the fight. There is a futility about it that you have to embrace knowing that maybe things will get better, because what else is the alternative? Just give up?

In this vein, when I say thankless it also means that I am not sure whether The Substation can ever become irrelevant in a way that is great, which is that Singapore itself as a society has changed in much better, softer ways such that a space like The Substation, which champions the fringe and the public consciousness of these things, do not matter anymore. It is not just about Singapore, but about where humanity itself is heading.

‘Thankless’-ness to me is related to futility: Will this ever matter?

How do you feel the conversations around the idea of space have changed since The Substation started this programming focus in 2017 with Discipline the City?

If you are asking whether The Substation has been able to effect some influence or affect some policies or ideological stance about thinking about space, the answer is no. This is where I talk about the futility as well—as much as we try to do interesting programmes, the State has its own agendas. Most public actors, be it the URA or the SLA or another, have their own agendas, and they do not care to expand that space.

What I am quite cognisant of is that Substation needs to create programmes not necessarily to present interesting projects, but to allow a space of public participation; the programmes have to be aimed at a public, have to be aimed at informing them and empowering them to want to be able to look under the hood and think more deeply about things.

While we have done a bunch of interesting programmes, we do not really have a sense of an active and performing public that you can define as a public—a group of individuals who have different agenda, different opinions but are able to make some kind of consensus and political decisions about how we should move forward as a society. Our role right now is to not just shape the public thought but ask the question: is there even a public in Singapore?

Drawing from your experiences helming Sculpture Square, OH! Open House, and The Substation, what have you learnt from these different iterations of this particular position?

When I went to Sculpture Square, I just wanted to do good art; I wanted to see things that I didn’t get to see.

When I formalised OH! It was as a founder, so in many ways I had more resources, wherewithal and leverage to be able to do the kinds of shows that I think matter.

Coming into Substation however, which had such a storied history that had nothing to do with me, I learnt a lot about what was needed as a space and many other things which I did not think about before. At OH! Open House, which I co-founded, everyone is there because they know me already—I have a board whom I selected, I have a team who understands what I need to do, how to give me the space and assistance to run them. I can just worry about the art.

At Substation only do I have to worry about the more public things such as the stakeholders, people disagreeing with me, people being angry at me, and people thinking that my vision sucks, there is also a question of operations. It can be something as simple as what the culture in the company is like, and whether you empower people enough to do the things they need to. This concerns organisation instead of art, and sometimes they can be really tiring for me. I do not think I am the best at it as well.

In your respective directorships, how do you maintain clear sight of your goals and missions, and balance your roles and responsibilities?

Vision, at least in its rhetorical articulation, is easy to separate between The Substation and OH! Open House. Both have different visions, but more importantly different stakes. OH! is able to develop at its own pace; The Substation is much more difficult, not only because of its politics and history, but the fact that it aspires to be a national level institution with independence—the stakes are different.

So on a practical note, these are the questions you ask yourself when programming at The Substation: does this fit into the schema of a public arts space? Even if something is really interesting and I’d love to personally do it, does it really contribute to our mission? Does it fit into our cultural question for the year? At OH!, I’m allowed much more leeway to account for my personal tastes, whereas at The Substation for instance, even if there are particular kinds of art forms I do not appreciate, I understand the need to provide space for.

What do you hope to leave behind as your legacy at The Substation after these five years?

I usually say it does not matter, but I guess that it does pop into one’s head from time to time. I hope that The Substation will not be known as a space only for artists, but also for the public—and I mean it in that very specific way of a public sphere. This is not my legacy; it is a return to The Substation’s founding moments when it played that public and civic role in connecting the arts to larger societal and political discourse. This is something that will take a long time and must be conscientiously put at the forefront, and I hope future artistic directors will be able to continue in their own way. If The Substation is only about the arts and artists, there are plenty of other arts organisations able to do that. Our history is tied to the history of Singapore.

This interview has been condensed and edited for length and clarity. 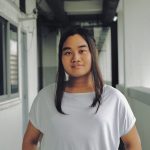