For his directorial and playwriting debut, Drama Box’s resident artist, Chng Yi Kai, wants to reframe the discourse around mental health. This might seem ambitious for a young artist of 29, but this issue has been percolating in his mind since he was in university a couple of years ago.

“I was going through some struggles, trying to understand my mental health. I also realised I had a lot of people around me who were going through very difficult times,” says Yi Kai. “My friends and I were doing a lot of rushing down to friends’ houses, or going to McDonald’s, just trying to be present and holding space for one another.”

With Time is a 90-minute English-language verbatim theatre performance based on interviews with people who have struggled with their mental health. It is produced by theatre company Drama Box, who are known for their sensitive and discursive explorations of social issues in Singapore, and will run from 27 to 29 October at the Esplanade Theatre Studio.

Through dealing with his own struggles and being there for his friends, Yi Kai realised that something was missing. “Along the way, I realised we don’t really know that much about what it means to overcome suicidal ideations or attempts. I mean, we have some concepts from the medical field, but what happens if someone doesn’t want to seek medical help?”

Such reluctance is exacerbated by the stigma that surrounds mental health and suicide. This stigma also leads to the general public not fully understanding the realities of those dealing with a mental health condition.

From “overcoming” to “journeying through”

While Yi Kai is glad that there is a lot more talk about mental health recently, he feels that the stories featured in the mainstream media do not provide an adequate picture. “A lot of them have been framed as success stories and I really don’t like that. I don’t think recovery is about how successful you are,” says Yi Kai.

He noticed that such stories have a similar arc of someone going through a rough patch before overcoming the condition, who is not “suffering” anymore. However, this does not account for those who have a chronic condition. There is also an implication that if one is not able to overcome the condition, that person is a failure.

“There’s a lot of talk about ‘resilience’. I am really uncomfortable with this term because it puts the onus of a mental health struggle on that person alone,” adds Yi Kai.

Through the show With Time, he hopes to reframe the discussion: “It’s not about thinking positively or being strong. It’s a lot more about just journeying through, about having patience, about taking one step at a time.”

The script for With Time is pieced together from transcripts of interviews conducted by Yi Kai with several people who struggle with their mental health and have had suicidal thoughts between the ages 10 to 29. Recent statistics show that suicide is the leading cause of death for those in that age range. The rate of suicide for that age group also rose by 7 per cent in 2020 as compared to 2019.

The interviewees were found via the personal networks of Samaritans of Singapore (SOS), Institute of Mental Health and Silver Ribbon. The show features the actual words from four interviewees, which Yi Kai says honours their “real truthful stories”, as “very detailed things about their day-to-day lives” were shared.

Despite the verbatim text, Yi Kai does not require actors Jodi Chan, Ching Shu Yi, Mitchell Fang and Suhaili Safari to mimic the exact peculiarities of the interviewees. “I don’t think I’m trying to build an autobiographical experience of these four individuals. It’s really about these stories and how you relate to the larger world. What we need to do is just to understand the truthful experience of their journeys.”

Throughout the creative process, Yi Kai has worked closely with SOS to ensure that the issues are handled sensitively and are framed in the right way. He consulted them on the script as well as for a series of activities that will be conducted at various points in the show.

“The idea of suffering comes from a history of stigmatisation, where mental health conditions are seen as bad, like something you must immediately solve or get rid of,” recalls Yi Kai.

Not just a series of monologues

There are two motifs inspired by the interviews which inform the direction, physical movements, and design of the show—time and water.

“What jumped out for me as I was going through the interviews was the element of time—the temporal sensibilities that inform the way we see the world,” says Yi Kai. “Taking an example from a friend, you know how we like to say, ‘take it one day at a time’? That is not helpful. For him, it is just one hour at a time. That’s the best he can do.”

“The idea that everyone experiences the same 24 hours is not so true. When I was thinking about the framing, I realised that people like to say, ‘things will get better with time.’ What does that really mean? Is it to just wait around? Is it patience? When we talk about patience, do we just be still and wait for something, or do you need to slowly take small steps?”

Water also came up a lot as the interviewees articulated their experiences.

“One interviewee would say suicidal thoughts actually come and go like waves, and she learnt that if you just go head-on with the waves, it’s not going to work. So what she’s saying is to ride the waves. Some people also talked about being frozen on the spot.”

True to Drama Box’s spirit of creating shows with audience participation, there will  be activities before, during, and after the show. In fact, half of the 90-minute show will be dedicated to audience participation. The pre-show activity will invite the audience to have a sense of their own initial ideas of mental health and recovery, while the mid- and post-show activities will allow them to unpack what they have seen and some of the issues raised.

Through these activities, Yi Kai wants the audience to go beyond trying to understand the individual stories, but to learn together as a community.  Explains Yi Kai: “It’s not just about learning from the stories, it’s about relating to them, gathering resources, and then we talk about it and learn together.”

To support those who might be affected by the issues raised in the show, an SOS staff member will be stationed at the front-of-house to attend to them.

As for a teaser of what the audience can expect, Yi Kai has this to say:

“The audience can expect there to be four very distinct stories, four very different journeys of recovery. The texts intermingle, so while we see each character’s journey clearly, we also get to see how each experience relates to one another, even if the characters do not know each other. This is also true to the discourse—when you are living with mental health conditions, you feel alone, but the truth is a lot of people are feeling just as alone at the same time.

That’s what I’m trying to present: silos of stories, yet they are journeying together.”

With Time by Drama Box runs from 27 to 29 October 2021 at the Esplanade Theatre Studio, Singapore. This is part of Esplanade’s Feed Your Imagination (F.Y.I) series, which caters to youths. You can get your tickets here.

This content is sponsored by Drama Box. The money earned from paid advertising goes towards covering ArtsEquator’s running costs and paying our writers and content creators. We have a strict policy regarding which content which can and cannot be sponsored. To read more about our editorial policy, please go here. 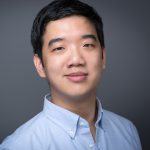 Isaac Tan is a performer, writer, and educator based in Singapore. He has been writing about the arts since 2011. His performance experience spans across theatre, opera, and dance (flamenco, classical Spanish dance, and Irish dance). For more information, visit www.isaactanbr.com.