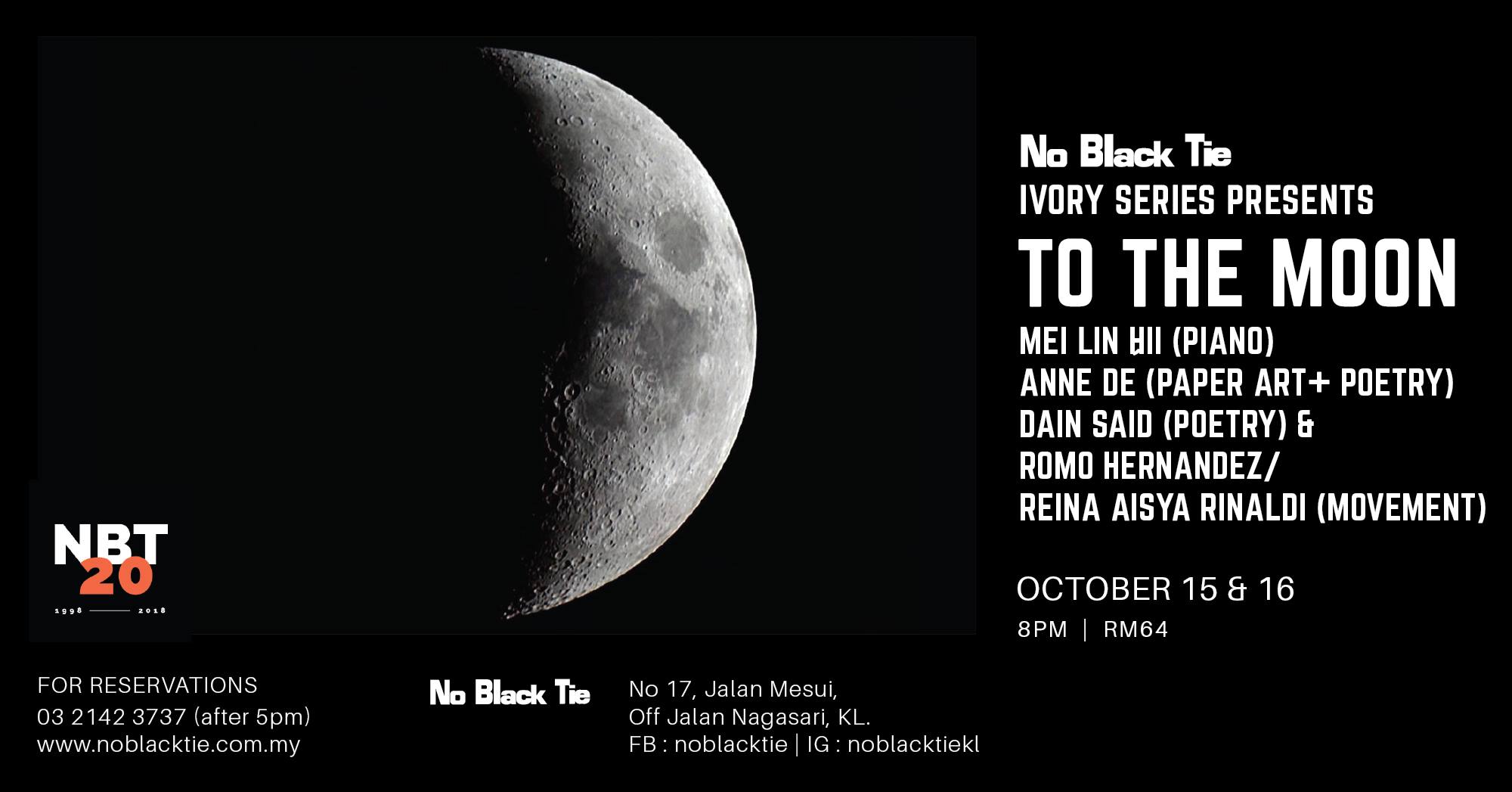 Part of No Black Tie’s 20th anniversary celebrations, To The Moon draws inspiration from the likes of Jean-Philippe Rameau, Louis Couperin, Ludwig van Beethoven, Henry Purcell, and Gluck. It’s okay if you don’t know all the names, all you need to know is it’s a multidisciplinary performance in the best jazz bar in town, and there will probably be a lot of wine drinking. Classical pianist Mei Lin Hii will be accompanied by artist Anne Dé (paper art + poetry), special guest Janine Annice, Dain Said (poetry), and Romo Hernandez and Reina Aisya (movement). Admission is RM64.

DPAC is screening Taiwanese films that have not been officially released in Malaysia. Money and Honey will screen on 15 Oct. It is a documentary that spans thirteen years, and portrays the lives of Filipino migrant workers and the elders in a Taipei nursing home. Connection by Fate will screen 16 Oct, and follows the encounter of A-Te, a taxi driver, and Ma Le, a young aboriginal who accidentally kills his exploitative employer. Screenings continue until Oct 30, and admission is free.

Nadir is a fantastic band, you should experience their music live. For this special performance, French creative duo Ilia&EB will throw out visual projections, choreography and expressive themes to Nadir’s music. Admission is RM30, inclusive of 1 drink.

Pentas Project’s latest theatre show is an ambitious multilingual adaptation of Taiwanese production The Secret Love of Peach Blossoms. Due to an admin mistake, two theatre companies are forced into the same space for rehearsals. One of the plays, Peach Blossom, retains its original Chinese text, but Secret Love has been adapted into Malay for this production. As both theatre groups struggle with each other, the chaos of their contrasting worlds clashing will create new tragedies and comedies. 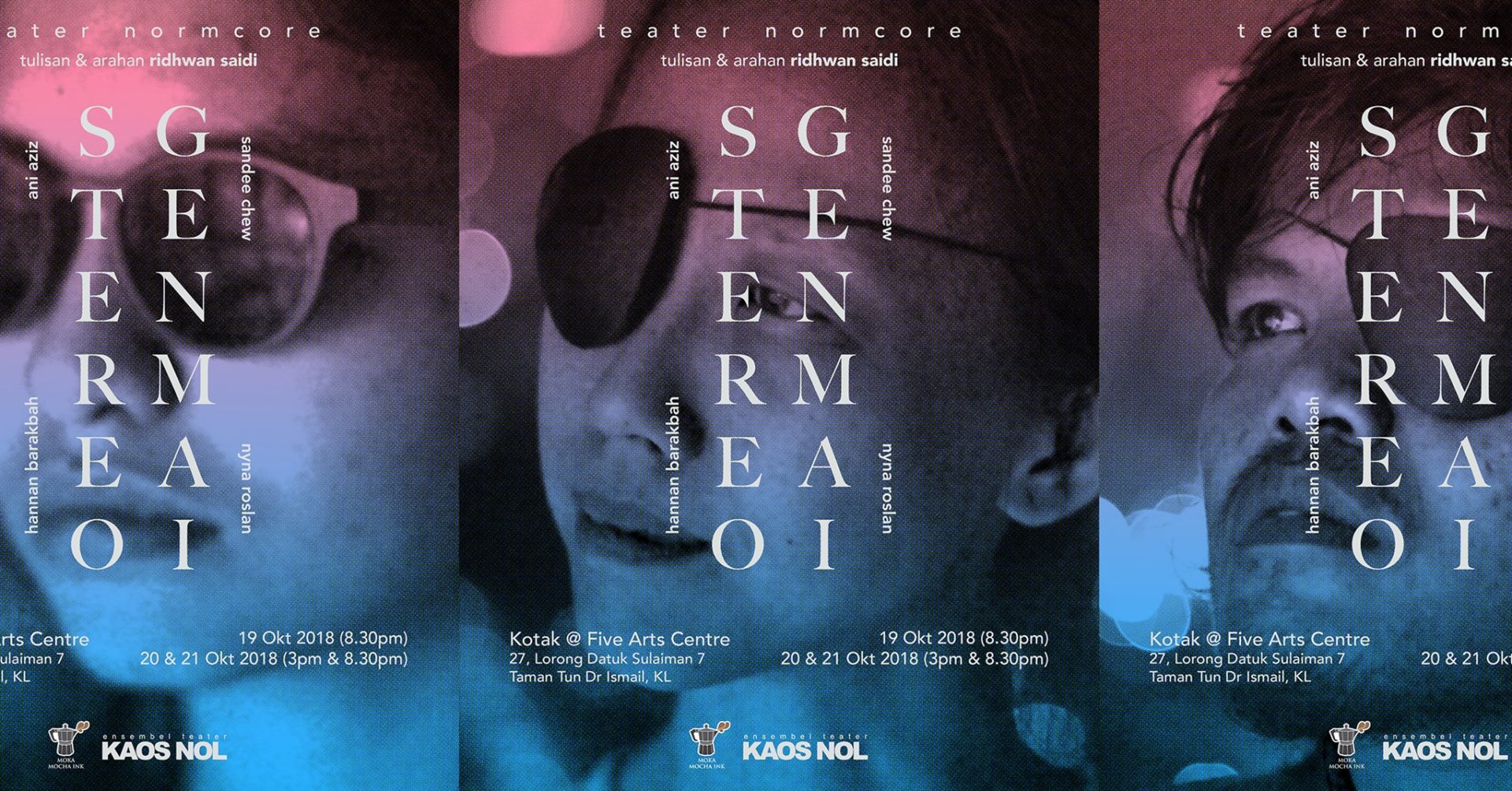 The second in Ridhwan Saidi’s Teater Normcore series. Stereo Genmai is a dark psychedelic adventure of KM Raslan, a novelist in a dream-idea continuum, searching for his lost fictional character. There is a quiet, wry humour to Ridhwan’s writing — even in a dark setting, I suspect you’ll find moments of unexpected levity. Performed in Malay with post-performance discussion. 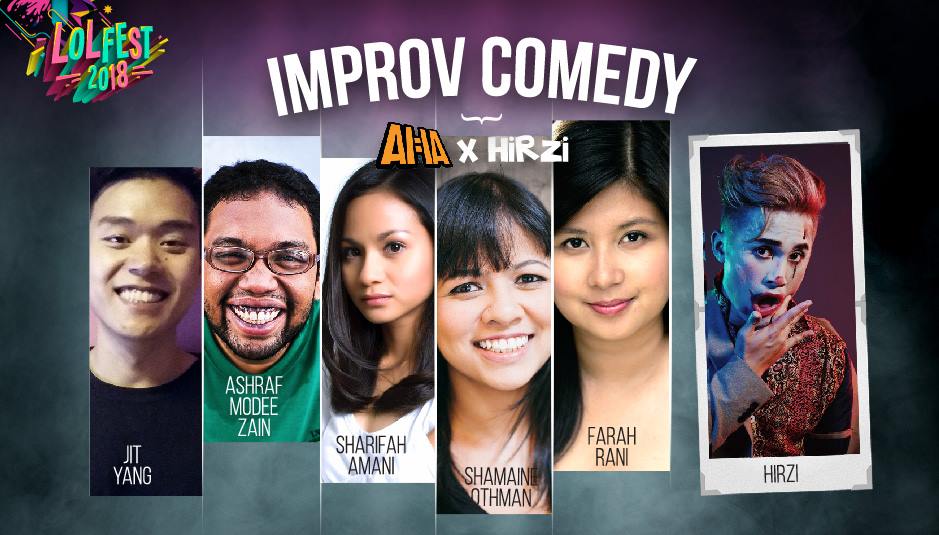 AIIA Improv comedy show brings along a special guest this time: Singapore’s YouTube sensation Hirzi. They’re going to wing it, and anything can happen — code for saying that while there’s no guarantee, chaos onstage is expected. Tickets are RM60. 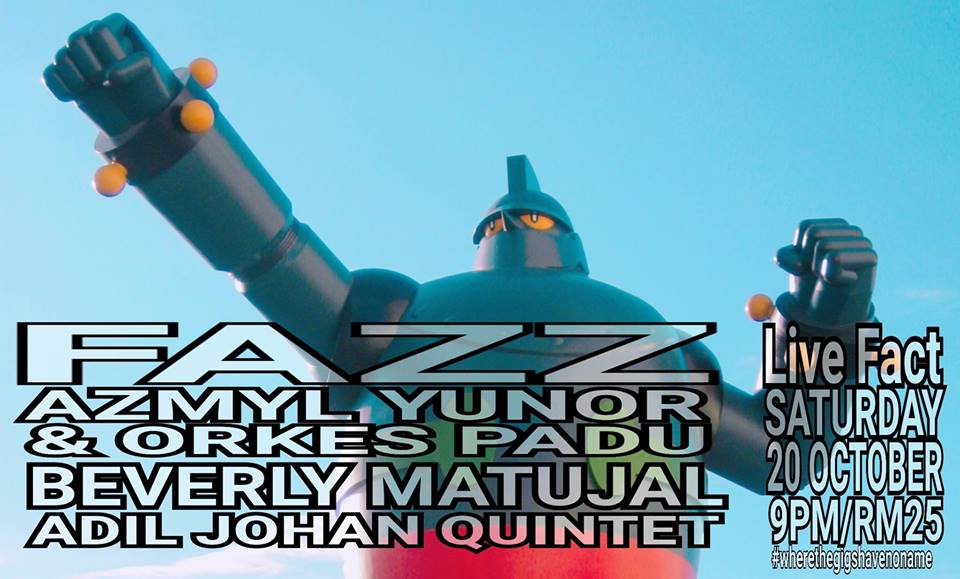 Dragonfly Eyes, and Other Tales of Seeing, at Amenic Film Space, 21 Oct, 12pm

Cinephilia’s new collaboration with Amenic Film Space brings us two special films this Sunday: 1-3pm: Michaelangelo Antonioni’s Blow Up, where a successful and jaded photographer in London accidentally captures a murder on film.

4–6pm: Dragonfly Eyes, Chinese artist Xu Bing’s first film, observes Qing Ting’s journey from Buddhist temple to a different future, and Ke Fan, the technician in love with her. A look at surveillance, identity and love. This film is the highlight of the programme, which runs every Sunday this month. 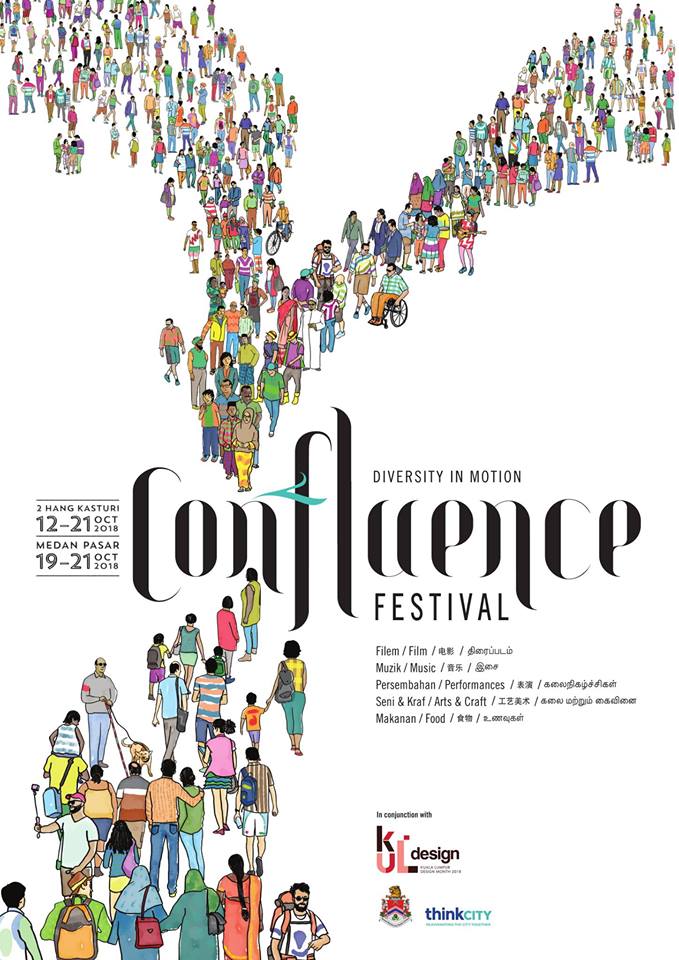 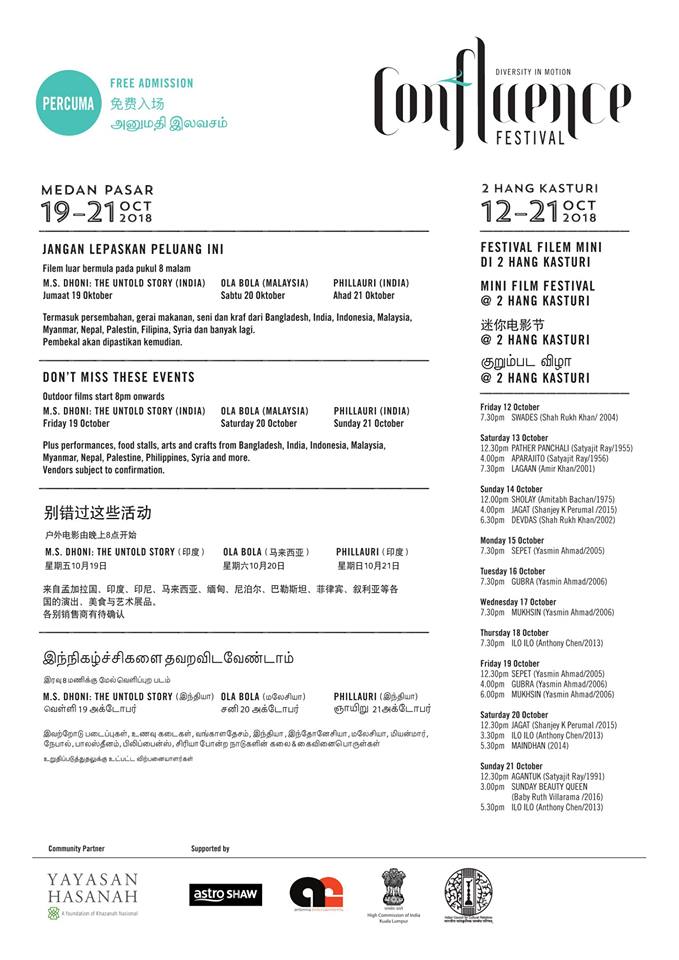 A celebration of Malaysia’s identity, heritage and diversity by Think City. Film screenings are scheduled in 2HK (Ilo Ilo, Jagat, many Yasmin Ahmad films), and Medan Pasar. There will also be food, music, handicrafts, and performances from various countries, including Bangladesh, India, Indonesia, Myanmar, Nepal, Palestine, Philippines, and Syria.

The best way to navigate the schedule is to pick a screening you’d enjoy, and give yourself 2 hours before it to explore. The KUL Design Month events are happening at the same time (try the mini Dialogue in the Dark experience in the basement). More info here.