The Sight/Unseen Asian Drama Conference was a two-day event on 26 – 27 April 2018 at Goldsmiths, University of London, and Tara Arts. Billed as an event to “tackle challenging issues facing playwrights in the UK and in Southeast Asia,” participants came all geared up to discuss issues ranging from minority representation to taboo subjects in the region. The conference was helmed by Cheryl Robson from Aurora Metro Books who, in her opening address, emphasised that the project was a labour of love that took her almost a year to complete. The first-of-its-kind conference also doubled up as a platform for Aurora Metro Books to launch its new collection, British East Asian Plays, which featured works from established playwrights such as Stephen Hoo, Lucy Chai Lai-Tuen, and Daniel York Loh who also served as panellists and participants of the conference.

Before the start of the Southeast Asian Plays and Touring panel discussion, participants noticed that something was amiss: there were supposed to be five panellists instead of four. Panel moderator Aubrey Mellor, Senior Fellow at LASALLE College of the Arts (Singapore), quickly addressed the issue: playwright Chhon Sina (Cambodia) was denied a visa from her home country to leave. You could almost see the thought bubbles emerging from everyone’s head.

The remaining panellists included Asa Palomera (Korea/USA), Joned Suryatmoko (Indonesia), Alfian Sa’at (Singapore) and Ann Lee (Malaysia): all leading playwrights in their respective countries and within Southeast Asia. Right from the get-go, Mellor pointed out that it is important to remember that the context of touring is vastly different in Asia than in western countries. It is important for us to remember that culture holds a greater standing in western countries like the United Kingdom as opposed to Asian countries (essentially Southeast Asia), whose main priorities are generally economy-inclined. Apart from Singapore, most Southeast Asian countries are generally struggling with different sets of issues, such as the political instability and corruption in Malaysia, which was later cited by Ann Lee. These factors ultimately lead to cut in funding towards the cultural sector, therefore making touring a non-feasible option for most artistic organisations. Secondly, there has been an issue of generalising Asia and Asian culture around the world. For example, Mellor explained that comparing the culture of Thailand and Japan and putting them under the classification of “Asian culture” is simply out of the question because of their stark differences. It is also important to point out that most western countries are still unable to identify the individual cultures in Southeast Asian countries today. Most of my friends, for instance, are unable to differentiate a Singaporean from a Cambodian, and regard “Asian culture” as ultimately a shared one across all the countries. Lastly, Mellor pointed out that there seems to be a lack of collaboration between Southeast Asian countries, with most of the collaborative efforts taking place between Malaysia and Singapore—mostly due to the geographical proximity and shared history. It is also important to note that Mellor’s preface was necessary since there is a persisting misconception that ‘Asian’ usually just refers to ‘South Asians’.

So, what does it mean to tour in Southeast Asia and to tour Southeast Asian plays? Asa Palomera, who has had the most experience, among the panellists, in touring on an international scale, pointed out that the patrons that attended her productions were primarily made up of non-Asian ethnicities, and questioned the reasons why. Alfian Sa’at offered an additional layer to the conversation by pointing out that touring is not as simple as it seems. There are a lot of politics that are attached to it, and he warned that most playwrights seem to have a longing towards “wanting to go to certain places that are considered metropolitan centres and in return, legitimise empire.” The subtext of that statement proves one of his later points: the presence of colonialism still exists. Even though it has taken a different form, the fact that Asian playwrights are required to ‘tweak’ their works to make it ‘accessible’ to a particular audience is worrying. Playwrights need to be careful before jumping on the bandwagon too quickly. Palomera and Sa’at both pointed out that even though the prospect of getting a work translated seems harmless, it is important to approach it cautiously as the artistic and cultural integrity of the work might literally be “lost in translation”. As a young Southeast Asian creative, a poignant moment for me was when Sa’at raised the importance of building capacities within the region.

Another pertinent issue for discussion was featured in the next panel titled Multiracial Casting and Cultural Appropriation. Moderated by Danny Braverman from Goldsmiths, University of London, the panel featured Lucy Chau and Daniel York Loh, both playwright/performers with Southeast Asian origins who have staged works in the United Kingdom and Southeast Asia, alongside London-based writer/director Toby Gough and children’s theatre writer/director Vicky Ireland. The panellists, who are individually very different in terms of their background and experiences, spoke about the challenges and stigmatisation of Asians in mainstream media. However, it was Ireland’s point about educating the younger generation saying, “progress starts with the children” that brought an audible response of affirmation from the audience. Ireland went on to explain that we tend to focus solely on the paying audience (i.e. individuals above the age of eighteen) and we forget to bear in mind the children and youths. From what I gather, the main idea behind Ireland’s response can be summed up into this: the more they see, the more they learn. When younger audiences are engaged visually or physically in multiracial projects, parents will start taking notice and this, in turn, will kickstart a demand for more multiracial representation in mainstream media.

A question was asked about cultural appropriation and whether it was right for an actor who is not of Korean descent, for example, to take on the role of a Korean character. Chau explained that there are simply no bargaining chips for Asian creatives to play with. There is no room for creatives to pick and choose because right now it almost seems like a ‘do or die situation’. Chau did elaborate on the fact that casting directors today, for example, enter the audition room with some sort of a checklist when it comes to an Asian character. If an actor manages to tick as many boxes as possible, they are ultimately selected for the role. However, how does that fit into the overall theme of cultural appropriation? And how does that not clash with the idea of cultural integrity? Or is this one of those never-ending debates that will never see a conclusion?

This issue was revisited again the following day during the reading of Alfian Sa’at’s The Optic Trilogy, with the participants questioning director Rebecca Goh’s decision of casting white actors with no obvious links to Asian, let alone Singaporean, culture. Goh quickly defended her decisions saying that it was due to the lack of Asian actors in Royal Holloway, University of London that led her to go with the actors she had chosen, but many were not convinced by that explanation, and felt that Goh was embodying what the panellists had previously brought up about culture appropriation: the idea of “making it work” for the sake of it.

Perhaps one of the most anticipated events was the discussion on Taboo Subjects in Singapore and Malaysia. Moderated by Aleksandar Brkić from Goldsmiths, University of London, it featured familiar faces Alfian Sa’at and Ann Lee. The Oxford dictionary defines the word ‘taboo’ as “a social or religious custom prohibiting or restricting a particular practice or forbidding association with a particular person, place, or thing.” That means that for something to be taboo, there first needs to be a point of comparison (i.e. a custom); Sa’at suggested that this point might have been set by colonial powers many years ago. The debris still remains: Section 377A the Penal Code of Singapore, which is the remaining piece of legislation criminalising sex between mutually consenting adult men, is still enforced in Singapore by current authorities despite the departure of their colonial masters. But as Sa’at pointed out, “Who defines these taboos?”, “Who enforces them?” and “Who challenges them?”. The answer to the first two are obvious. But for the third, Sa’at mentioned that changes can occur through a partnership with civil society and artists themselves.

As these panel discussions often go, there’s always someone who poses the age-old question of “what can be done in the future to bring about change in this area?” Only this time, the question was rephrased to whether “a revolution is required in order to bring about change.” Both playwrights agree that it is difficult to answer the question because revolutions do not happen overnight. These efforts, like many of intended solutions to the issues raised across the conference, require grounds-up initiatives, because ultimately it is a battle between the top and the bottom.

There was much talk about other issues such as stereotypes, identity and the importance of networking during the conference itself. There were also follow-up measures that took place after the conference, with many that gathered to discuss about the possibility of presenting a series of Southeast and British East Asian plays in Edinburgh. Don’t get me wrong, I highly commend the measures that were taken in to present a conference of such a scale and on such topics, but I really wanted to know what I could do, as an active and young member of the creative industry, to help propel this important message forward. After discussing with my peers, we could all agree that these issues would directly affect us sooner than we think and now that the fire is lit, it is important for us to keep it going. The issue of cultural representation does not begin or end with an event like this. It needs to be continuously discussed, debated and placed on the forefront of the creative industry.

The Sight/Unseen Asian Drama Conference took place on 26 – 27 April 2018 at Goldsmiths, University of London, and Tara Arts. It featured play-reads, talks and panel discussions, with writers and theatre-makers from Singapore, Malaysia, Cambodia, Korea and East Asian theatre practitioners working in the United Kingdom. 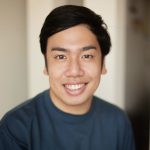 With over 8 years of extensive working experience as a Creative Producer and Project Manager, Benedict has worked on and led projects of varying scales. This includes the Singapore International Festival of Arts, The O.P.E.N., The Twenty-Something Theatre Festival and Tropicana the Musical, all of which he has held key leadership, creative and management positions. He has also been a project manager for the National Arts Council (Singapore) and interned at Peut-Etre Theatre (London). Benedict is also the founder of Blue Bean Productions, which has presented "Dear Jay" and "Walking in Beauty". "Dear Jay" was presented in 2016 at the Esplanade Theatre Studios in Singapore to sold-out audiences and received rave reviews from both audiences and critics. In 2018, Benedict went on to present "Walking in Beauty" at Theatre Delicatessen in London, marking the productions’ international debut.