The prestigious Paris Opera Ballet arrives on local shores this June as part of Esplanade’s da:ns series, bringing with them a trio of wide ranging works. These include the stories of romantic love told through balletic duets in Jerome Robbins’ In The Night (1970), the speed and precision of William Forsythe’s Blake Works I (2016), and the pulsing mass of the hive mind in Crystal Pite’s The Seasons’ Canon (2016).

Much has been written on William Forsythe as one of Esplanade’s da:ns focus figures for 2019 (Chan Sze Wei, Bernice Lee). In this article, I turn my gaze to the collaboration between Crystal Pite and the Paris Opera Ballet.

Jerome Robbins, William Forsythe and Crystal Pite are well-known interdisciplinary creators. Robbins made a name for himself choreographing both ballet works as well as Broadway musicals, for both stage and film. William Forsythe integrates concepts from visual art and analytical technology, applying them into his artistic practice, creating not only dance works but also installations, films and digital programmes. As one of the most current in-demand choreographers, Crystal Pite blends theatre and dance in her works, which often address pertinent social and political issues affecting human beings around the world today, such as love, trauma and power. Her works range from emotional, intimate relationships (The You Show, 2010) to visceral mass swarms (Emergence, 2009) and beyond.

The Paris Opera Ballet (POB) is one of the oldest and most exclusive ballet companies in the world, with such a strict hierarchy that dancers who have the honour of being promoted to the rank of Danseur Étoile (for men) or Danseuse Étoile (for women), receive a public conferment onstage, at the end of a performance. An overwhelming majority of the company members are French and are graduates from the equally prestigious Paris Opera Ballet School. Invited by the controversial ex-director of dance, Benjamin Millepied, Pite’s The Seasons’ Canon garnered standing ovations from the French POB audiences, many who were watching her work for the first time, in 2016.

Canadian Crystal Pite spent the first eight years of her professional ballet life in Ballet British Columbia, which was where she first began choreographing as well as where she experienced Forsythe’s works for the first time. Then in 1996, she decided to join Forsythe’s company, the Ballet Frankfurt, and relocated to Germany for the next five years. Later when she returned to Vancouver to set up her own interdisciplinary company, Kidd Pivot, she continued to choreograph for multiple ballet companies, such as the Nederlands Dans Theater and the National Ballet of Canada.

In the name, Kidd Pivot, there exists two (seemingly) conflicting ideas: Pivot, an exact movement which changes one’s direction, alluding to skill and precision. Kidd (as in Captain Kidd or Billy the Kid), points to rebels, pirates and other brave, reckless souls who fiercely fought against the hegemon. Creating a world where both of these intersect is what Pite presents in her work. Taking this into account when we view works such as Emergence and The Seasons’ Canon, the uniformity of the dancers is organised in a way that evokes both anxiety and awe. Solos, duets and trios pull away from the ensemble occasionally, but things are only put in perspective when the entire group dances together. At times, the moving bodies look like therapeutic Kinetic Rain (Art+Com), at other moments, the image of a group of people huddled together evokes a more painful image.

In The Seasons’ Canon, Pite’s inspiration was taken from Richter’s (and Vivaldi’s) music as well as nature. The dancers jerk and flow, with juicy undulation and controlled shaking, performing curling tendrils in one section and razor-sharp thorns in another. The movements are not always ‘abstract’: covering of the eyes with the shoulders hunched over, reaching out for someone’s shoulder, palms and heads raised up to the sky paired with heavy stomping. These physical performances of individual agents coming together to form nodes, then networks, then huge swarms, echo the movements of organic matter. But it is also organic matter that feels, that emotes and connects. The Seasons’ Canon is a piece that will make your hair stand on end, your muscles twitch, and also pull at your heartstrings.

The Paris Opera Ballet will perform the works of William Forsythe, Jerome Robbins and Crystal Pite at the Esplanade Theatre, as part of the da:ns series 2019, from 21 to 23 Jun 2019, at 8pm on Friday and Saturday and 3pm on Saturday and Sunday. 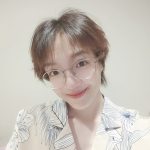 Elizabeth Chan (she/they) is a dance and arts practitioner. Her recent work focuses on care and decoloniality in the arts industry. She is a part of CITRUS (Care, Intimacy, TRaUma-informed and Safer) practices, a collective of arts practitioners who are developing the Library of Care digital resource, among other things.