Ever since the pandemic hit, the notion of travel in Singapore has manifested in a variety of forms. The word “staycation” is now commonly associated with a quick getaway from the same walls we’ve grown accustomed to in our HDB flats, as well as the offering of SingapoRediscovers vouchers. Since the beginning of the pandemic, Singaporeans have been using these government-issued vouchers to, as the word suggests – rediscover spaces we would commonly associate with international tourists.

This vocabulary could be borrowed when it comes to new arts offerings in Singapore.

As theatres continue to limit audience members in physical venues, artists have taken their art outside, using the streets as a stage, allowing Singaporeans to explore their own backyard and rediscover culturally rich parts of Singapore we would have otherwise ignored, or taken for granted.

In particular, there have been multiple art-related audio tours springing up around various parts of Singapore, such as Tekka Food Steps, Lost And Found: Serangoon, and Geylang Serai Trails, where audience members are able to experience theatre in a more active and participatory way. 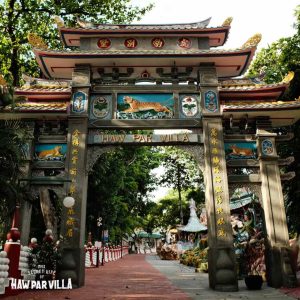 Haw Par Villa: 85 years of what once was

As Singapore’s oldest theme park – it was set up in 1937 – Haw Par Villa is probably etched in the memories of the average Singaporean. Those who grew up in the 1970s and 1980s would recall being brought to Haw Par Villa by their parents or schools at some point in their childhood. One might remember their field trip being a rather colourful add-on to the Asian values ingrained in them, with an emphasis on putting the interests of family and community before yourself.

Both a grandiose homage to founder Aw Boon Haw’s family and the family business of Tiger Balm, the park is known for its rich traditional Chinese artwork, its 8.5 hectares home to beautiful original sculptures and murals. The park is also an open book, hiding nothing from its visitors – it is home to dioramas some would call grotesque, especially the ones depicting punishments that await sinners in its famed Ten Courts of Hell.

After a nine-month closure for a much needed revamp, the park has emerged with the brand new Hell’s Museum. The museum in the middle of the park incorporates a newly air conditioned Ten Courts Of Hell, offering information about traditional Chinese beliefs around life after death, and providing context about other belief systems around the world.

The changes are initiated by Journeys Pte Ltd, billed on the park’s website as “an award-winning heritage specialist passionate in preserving and bringing the heritage gem to greater heights.” The company was appointed by the Singapore Tourism Board in 2015 to manage and run the park.

For someone visiting this new Haw Par Villa, I found the fresh scent undeniable. Besides Hell’s Museum, the various sculptures and murals in the park have undergone restoration work, and the park now boasts various activities including heritage trails, a bistro and visitors centre. There’s even a shipping container hotel in its carpark.

An art tour? Why now?

The restoration works at Haw Par Villa does leave one wondering – why now? Why upgrade? And will these changes take away what we love and once knew about Haw Par Villa?

Perhaps the uprising of social media in recent years plays a role in this decision. With social media comes its demographic of users documenting every inch of their lives and experiences. The park is opening itself up to more than just families, welcoming people of all ages to visit. With this invitation to discover – or rediscover – a park that has withstood the test of time, Haw Par Villa is proving to others that tradition can evolve while still standing its ground.

What to look out for

If this is your first visit to Haw Par Villa for the first time or in years, The Secret Life Of Haw Par Villa is like your overdue love letter to the park. Writer and director Krish Natarajan perfectly captures the feeling of “site-specific” within the 100 minute tour, peppering the experience with catchy original songs, and even ensuring that you discover it with a qualified professional – none other than founder Aw Boon Haw himself (played by Benjamin Chow).

Showing off his pride and joy, Boon Haw guides you through the entire park through his eyes, retelling the histories that lie beneath each curve and crevice of the park that he has built.

The evening atmosphere also allows something almost otherworldly to creep in. With the sun setting in the background, sculptures surrounding you, and history brought to life almost literally, one can’t help but feel that you are part of something that goes beyond this world.

Naturally, an esteemed entrepreneur like the “Tiger King” himself wouldn’t let you sit back and take it all in. The tour encourages participants to get involved with games that aren’t just about the things you see around you.

Haw Par Villa is a manifestation of Boon Haw’s dreams, and at some point you think: what are your dreams? If you could bring them all to life, in a world that you would like to live in, how would you go about doing that? And how far are you willing to go?

Not so Modern Family

Of course, having the foresight of building Asia’s only cultural park doesn’t mean that you are always met with thrill and joy.

Blood proves itself to be much thicker than the water in the park’s ponds when we are introduced to Boon Haw’s brother, Aw Boon Par (played by Hu Yuheng). No matter how much love or care we try to show each other, sometimes the theatrics of our home life bleed into the outside world. Adamant on confronting their differences on just about all fronts, Boon Par hijacks the tour, exposing the human flaws behind the business mastermind through some all-too-familiar arguments and bickering. 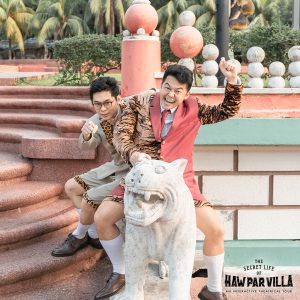 Only human (and also part hantu)

A walk in the evening isn’t complete without the superstitions that you’ve probably been taught as a kid. Be back before the sun sets, or else the common toyol might come out and get you. See a black cat taking its own leisurely stroll and you’re doomed for bad luck (one I personally disagree with).

These ghosts and spirits are a reminder that at their core, they were once human – each of them holding their own vulnerabilities and secrets close to them as they guard the park from outsiders. 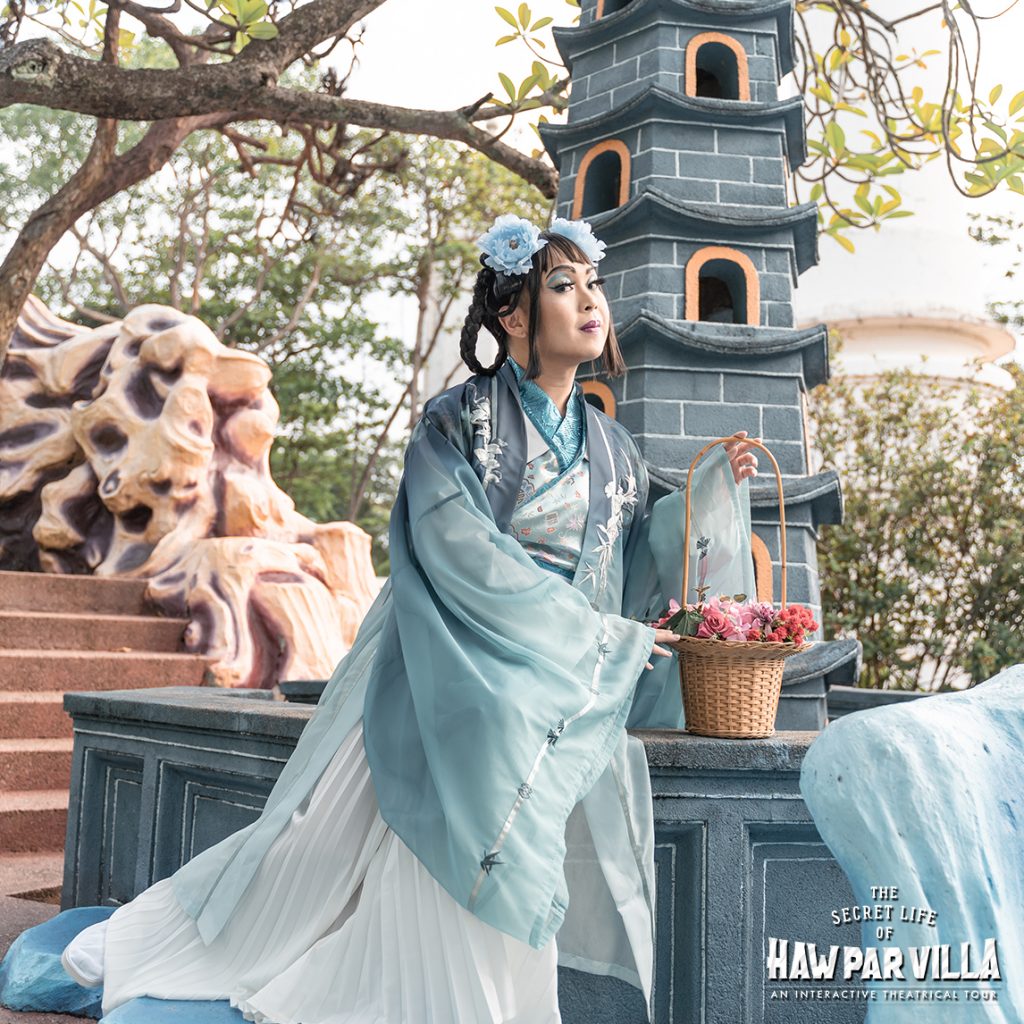 The Secret Life Of Haw Par Villa succeeds in defining what the rediscovering of a place really means. Whether you have fond memories of Haw Par Villa as a child or have never seen the park for yourself at all, the guided tour-performance makes you feel like a tourist in your own country – igniting the spirit in all of us.

Also check out this quiz to find out how you’d fare in the afterlife:

The Secret Life Of Haw Par Villa by Strawberries Inc, Patch & Punnet and Journeys runs on Friday and Saturdays at 7 and 9.30pm.  Details here. 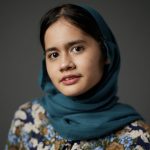 Dia Hakim K. (they/them) is a theatre practitioner based and working in Singapore. Their artistic practice stems from their experiences as a Singaporean, queer Malay person -- through the intersectionalities of race, gender and sexuality: sometimes all at once, and sometimes in bits and pieces. They write and develop plays alongside Playwright’s Commune. They can be contacted via Instagram @diahckim and Email: diakcontact@gmail.com.