Though cancelled last year amid the developing pandemic, Singapore International Festival of Arts has done well to lean into the possibilities of small-group, distanced programmes for this year’s line-up. I attended three of its immersive experiences—Gardens Speak, As Far As Isolation Goes, and en route—and found my body called into the work.

At the beginning of each of these programmes, I am asked to do some simple gestures. I take off my shoes and put on a poncho; I give myself an arm massage; I hold a red flag up high and walk straight through SMU Green. They feel awkward in context, but in the end, I see what they have prepared me– or rather, my body to do: witness.

There are several ways in which the body is understood as being able to witness. The body carries marks on its surface—scars from childhood testify to a long forgotten fall. The body holds ‘somatic memory’—trauma is stored as a long-term biological stress response to reminders of an event. The body remembers epigenetically—trauma leaves a chemical mark on a person’s genes, and that is passed down to subsequent generations. But these SIFA pieces call on the body into a different kind of witnessing. By having the body activate the performance, it comes to ‘know’ events foreign and removed from the self, not simply cerebrally, but somatically. This is not an unfamiliar practice. Most pilgrimages, the Ramadan fast, or spending a recess only on WWII rations, effectively call the body into witnessing as well.

In Gardens Speak, an immersive sound installation by Lebanese artist Tania El Khoury, ten of us prepare in an anteroom following instructions on a printed card. When we are ready, we are led into the installation and sit on benches on either side of a 8.5m-long shallow pit of soil. Ten ‘tombstones’ are planted in this ‘garden’, each with a name inscribed in Arabic script. We are told to go to the tombstone matching the one on our card once we hear voices emerging from the ground. I find Abdul Wahad al-Dandashi’s tomb at the far end, and start gently brushing away soil to reveal a soft cushion with his name, town, and date of death printed in English. I lay down completely. We didn’t have to, but it was the best way to get close to his voice.

As I lay listening to (someone else speaking as) Abdul Wahad, I become increasingly conscious of the coldness of the ground and the awkward position I had laid down in. Abdul Wahad speaks of his home in Syria, his ancestry of caravan merchants, open borders in Ottoman period, crossing to Lebanon for work, his family who stood against the French, his own participation in the revolution, his capture and torture, his death, his martyrdom.

All but one tombstone bear the Arabic word “shaheed”, marking the buried as “martyr”. “Shaheed” in its quotidian sense means “witness”, but the term develops through the Quran to denote the “martyr”, one who dies for their faith, or one who has accepted or sought death in order to bear witness to their belief (this development is seen in the Greek word “martyr” itself). This idea of the martyr as witness is also prevalent in the Sikh tradition, and the term ‘shaheed’ is also used widely in Arabic and adjacent language cultures to denote those who have died for non-religious causes, such as soldiers and social activists.

Abdul Wahad describes being buried in a white cloth, his body left unwashed so that he “could go up to heaven with the smell of martyrdom”. I turn to lie on my back when he ends. As my body relaxes into this more comfortable position and I let myself sink into the cold soft soil, I see now that I am him, figuratively. He is buried in his family’s garden in Talkalakh. His voice is ‘performed’ here. But without a body, the testimony is tenuous. I am the stand-in body, asked to lay in a white poncho in this made-up garden miles from Syria, to lend my body to ‘be’ Abdul’s, to let my body bear witness to his.

As Far As Isolation Goes begins too with a brief moment where my body mirrors performer Basel Zaraa’s. In preparation, Basel has me massage my arm. I watch him knead up and down his forearm, I watch myself in the Zoom window copying him. For a brief moment, it is unclear who reflects whom. In this one-on-one with Basel, performed from an original collaboration with El Khoury, he tells me about his birth as a Palestinian refugee in a camp in Damascus, his refuge in the UK, his sisters in Sweden, and their attempts to reunite with their parents who are still in Damascus. He walks me through the act of drawing on my arm. He has me draw a figure in a box on my palm, brush some water over the figure, and blow onto it. In just these few opening minutes, several sensorial connections emerge, such as the image of Syrian boat refugees, briefly flashing in my mind.

Basel explains that had this been done in person, he would be the one drawing, blowing onto my arm. He asks me to draw people, some carrying a backpack, others a suitcase, all heading towards ‘me’. I’m a figure in a circle near my elbow. Basel said, “if asked about it, you could say that this is a drawing of refugees”. I cannot imagine how to draw a refugee, I am just about managing to make legible stick figures with bags. I imagine instead the sort of traveller I know, the nameless faceless people in airports.

Basel then performs a song, and plays recordings of songs by two other refugee-artists, Jazzar from Palestine and Shamma Iqbal from Kashmir. He tells me I can add to the drawing if I want. I half pay attention to the songs, I add lines in pink marker of winding paths. In Jazzar’s song I catch the line: “How many times have you lost your name?” I think about documentation. I think about the simple act of saying someone’s name, how that works to testify for another’s self. The pink ink starts to bleed, the path blurs. My arm, my skin, now documents someone else’s journey. Nameless, faceless someones whom I do not know. But my arm simply bears witness because Basel has me inscribe them onto my body.

In en route, this witnessed–witness, seen–seeing relationship is flipped. This ‘pedestrian-based’ event created by Melbourne collective, one step at a time like this, invites and instructs me, not to simply get from A to B, but to journey the city. As I go, I feel like I’m being watched. Instructions come through multiple mediums. I am largely looking at texts on my mobile phone, trying to pay attention to the audio track, or following the enveloped notes I’ve picked up halfway. I find myself juggling multiple devices and papers. Yet my legs continue walking — they know this city enough to get by without my full attention.

The journey of en route has me walking on a narrow grated drain, into new shops, through lobbies and underpasses, into doors I would never dare open otherwise. It asks me to take a photo, to write on the wall, to raise my hand, to call a friend, to get myself something nice from the market. In having my body move through, one step at a time, en route calls attention to the material body of the city—its roads, buildings, drains, stairs, tunnels—and the ‘spontaneous choreography’ of my body with the city’s as it tires me, confuses me, surprises me, quenches my thirst, gives me air-conditioned comfort, and reveals a new vantage point. On the roof garden of Bugis+, I am instructed to tell the city something. I softly say “thanks, sayang”.

My journey ends at a cafe in Arab Street. (I took this walk on 14 May, before regulations against dining-in were announced.) I take a seat as instructed and am sent a menu on my phone. I reply with my order and soon I spot her, my ‘guardian’, a programme guide who had been watching over me and my walk. While I meandered around the city learning to witness it anew, she was my journey’s witness.

Across these works, there appears to be a recognition that to be called to witness is a difficult ask, and so care is inbuilt. In en route, it felt like I was in school again getting a crisp $2 note to spend in the market. I had some time to work through my thoughts speaking with Basel in As Far As Isolation Goes. I share a thought about official documentation; he tells me that this is part of his next project, Dear Laila, inspired and named after his daughter. At the end of Gardens Speak, we’re given a tub of water to wash our feet. I could have simply dusted my feet clean, but the water reminded me of the Hindu practice of cleansing on return from a funeral or the cemetery. So I partake in this ritual, this act of care for the participant, for the witnessing body.

Even as my mind works through and starts losing fragments of it, my body continues to testify after the events. My legs use the newfound shortcut in the city; my hair brings home a piece of coco fibre from laying on the soil; my skin bears the tattoo of another’s life for a couple more days. These immersive experiences have certainly seeped into my body’s memory.

Vithya Subramaniam is an anthropologist and playwright interested in the agency of objects and the materialities of being. She is currently a doctoral student at the University of Oxford, UK, and member of Brown Voices, a collective of Singapore Indian playwrights. 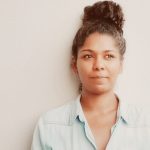 Vithya Subramaniam is an anthropologist and playwright interested in the agency of objects and the materialities of being. She is presently a doctoral student at the University of Oxford, UK; and member of Brown Voices, a collective of Singapore Indian playwrights. Vithya's interest in the arts currently lies with works that evoke the experience of space, memory, and materiality; and with Singaporean Indian theatre.