I always tell people this, right, if there was an international convention that invites the main people, directors from Singapore over, and that plane crashes, we’re screwed, right? We don’t have anything else.

I’ve had this creeping concern for a several years now. Let’s call it our metaphorical iceberg in this story. Kind of like how we all know we need to do something about climate change, but we don’t, and it just keeps steadily heading toward us. It’s easy to respond to a call to arms, it’s easy to say in hindsight what should have been done. But to build a boat before the flood? To prepare for something that isn’t on many people’s radars? To say there is a problem that needs to be addressed or all momentum and progress is going to be stunted for a generation? Who listens to that person?

I certainly don’t mean to paint such a dire picture in the first paragraph of this article, but I think about this issue daily.

Where are Singapore’s next directors coming from?

Before you roll your eyes, how many directors under the age of 30 can you name? And can you name one of their shows? That you actually saw.

If one wanted to become an actor, there are several paths and possibilities. From formal training at ITI, LASALLE, and NAFA, to opportunities through CCAs and clubs at NUS and SMU; from working with the education wings of theatre companies, such as SRT’s Young Company and Wild Rice’s Young and W!ld or with Act 3 and Buds. There are even places like HCAC, which offer training to complement formal education or opportunities to finally work on that passion that you never got to explore.

And if you wanted to be a playwright? Well now those opportunities are nearly endless, as virtually every company offers mentorships, incubation programmes, festivals, and even contests. A whole centre, Centre 42, was created to foster text-based works for the stage. A concerted effort a few years back,  involving schools, arts companies, and the NAC galvanised the industry to increase its output of stories and storytellers. That same fervour that jumpstarted the playwriting boom is needed now for directing.

Young people need an opportunity to till the land, but there is nowhere for them to because others are hoarding the land. They need a place to f*ck it up, because that’s how you learn, that’s how I learned by f*cking it up, but nobody ever saw us f*cking up. The stakes weren’t high, but they are now. They say now “Every mistake I am about to make is in full view to the entire scene”.

So many of the directors working today in Singapore do not have “formal” training in directing, or even theatre. But they have time spent winging it and making it up along the way. There is no shame in winging it. They may begin by assisting other directors with the hopes of gleaning nuggets of info at the feet of those who have gone before. A lot of the time directors start out copying their mentors or those they admire. That is fine for a while, but then it becomes derivative and the director starts to realise that it’s not really their voice that they’re hearing in the room, but their mentors, teachers, or even something read in a book. In that moment the director starts to wing it, or f*ck it up, and that I would argue is when one starts to learn and become a director. 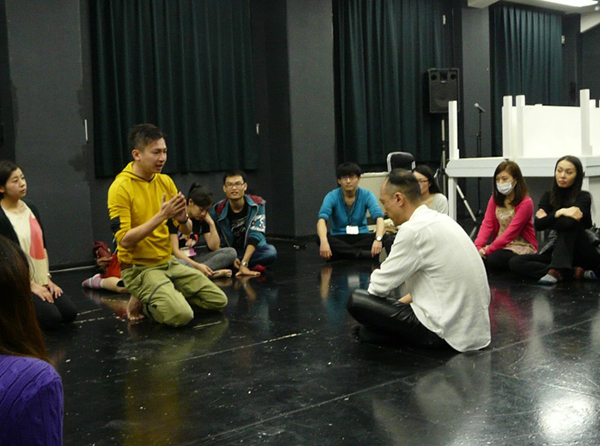 What does a director need to know? Arguably what they need more than anything else is communication skills. People skills and social skills:  the ability to talk to an actor, empathise with them, and still ask the impossible of them. And leadership. Directing is productively losing control, but that means you have to have the control in the first place, control given to you willingly, so that you can willingly give it back up. But where does one learn that? In the constant doing of it. The endless being called on to wing it, make it up, figure it out.

The greatest gift and lesson I received at grad school was the ability to work, again and again. There seems to be two internationally recognised models to formal directing training, primarily at the graduate level. The first, let’s call it the Quality model, offers very few opportunities to direct to begin with, but builds up to more and more productions. The Quantity model, conversely,  gives the student an overwhelming directing load, leading to one final production. I was blessed to experience was the quantity model, putting up two fully staged productions a week in my first year of grad school. It was hell, and I miss it tremendously.

The issue with the Quality model is that it leads to mimicry. By forcing two disparate productions a week, I ran out of my tricks (or copying my mentors and idols) by the third or fourth week. Then it was me, all alone with my thoughts, ideas, and suppositions. I had to start winging it.

I was just mimicking Alvin and the TNS style, but that wasn’t me. When I got the gig at Finger Players I realised that I didn’t have a voice of my own and I had to develop it right there and then.

My voice developed in the crisis of the act. The actors are looking at you for guidance, the designers want information so they can begin; at your back, another full team with the same expectations. You only have two options: rise to the challenge or fail. And what glorious failures I had. I learned more from my missteps and near successes than I ever did on my “good shows”. That is where the director learns, in the rehearsal room.  I learned how to lead, while developing my voice or style. Reading plays, knowing theatre history, and dramaturgy were incredibly helpful (and I cannot stress enough how much script analysis and storytelling is) but that’s not where a director becomes a director.

I think as a director, I need a place to try out things that I normally wouldn’t try in a professional setting, because I’m not sure how it’ll work, I’m not sure how the actors will receive it, so a place to jam and go there and say “Oh, actually I don’t normally do this, I just wanted to hear how you feel working this way”, it’s really informative, it’s not something I would normally do because there’s just not enough time, there’s so much pressure, and I have to answer the producers.

We may not have schools to train directors in Singapore (yet), but can we provide spaces and opportunities for them to work again and again to find their voice? Where can a young director cut their teeth without spending a fortune on venue hire,  actors and designers? A platform where their failures aren’t instantly up for the whole world (i.e. the Industry) to see.

I needed that safe space to risk, fail, and risk again. It didn’t matter that I went through my Peter Brook phase, because nobody saw that. I could play around with “non-theatre” theatre because I didn’t need to sell tickets anyway. It didn’t matter at the beginning that I couldn’t direct my way out of a paper bag, because no one was critiquing me and putting that critique online to follow me around for posterity. Quantity allowed me to develop quality.

When the established theatre directors of Singapore were starting out, they worked when they could and where they could and  nobody paid them much mind. But today’s young theatremakers don’t have that luxury. The rehearsal space is the gym for the actor, but so too for the director. Except the director has no rehearsal for being a director, they are in charge. They are expected to show up and know what to do, to present their work in that moment.

We need to build a culture of going to the gym to jam; for the creative, not for vanity, not to perform, but to train.

One can go to the gym for 6 hours one day or 1 hour over six days, one feels like it’s helping but leads to diminishing returns and one will be better and lead to growth. Young theatremakers are feeling the urge; how can they be fostered like we foster young playwrights?

What we need is a Centre 42 for directors. A halfway house of sorts. Yes, a formal higher education training program would go a long way to setting up a trail of succession planning for the future. But what would be helpful is dedicated spaces and opportunities to help out what is a small movement that is beginning to happen around theatremaking. Places where people can come to exercise as if at a gym, to jam with friends without the pressure of producing. Places where quantity is encouraged so quality can be developed.

Constant, consistent working leads to progress in becoming a director just as it does with combating climate change. Otherwise we are destined to suffer that slow-moving iceberg, the iceberg of too many actors, too many stories, and no one trained, trusted, and available to direct them.

It was way less competitive in the past. A young person certainly now has more resources at their disposal, but there are fewer platforms to develop them. 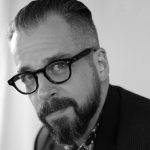 Adam has directed over 50 productions and interdisciplinary works Regionally and Off-Broadway in the Americas, in Europe, the Middle East/North Africa, and across South East Asia. He has been on the faculties of the School of Dance and Theatre at LASALLE College of the Arts in Singapore where he taught in the Acting, Dance, Musical Theatre, and Music programs, he was Senior Associate Professor of Theatre at Universidad de las Américas Puebla (UDLAP) in Mexico, and is currently Tenure Track Assistant Professor in Directing at American University in Cairo. He has taught internationally at the Tony Award-winning Lincoln Center Theatre, Actors Theatre of Louisville, and Cincinnati Playhouse in the Park, as well as at the Center for Cultural Decontamination (CZKD)- Serbia, Orvieto Sperimentazione Teatro- Italy, La MaMa Umbria-Italy, Kyoto University of Art and Design-Japan, Hong Kong Academy of Performing Arts, Chulalongkorn University- Bangkok, National School of Drama-India, and Goldsmiths University of London. He continues to encourage and teach composition and directing to students from the Yale School of Drama, Accademia Teatro Dimitri, The Juilliard School, and Universidad Nacional Autónoma de México (UNAM) amongst others in his own workshops.